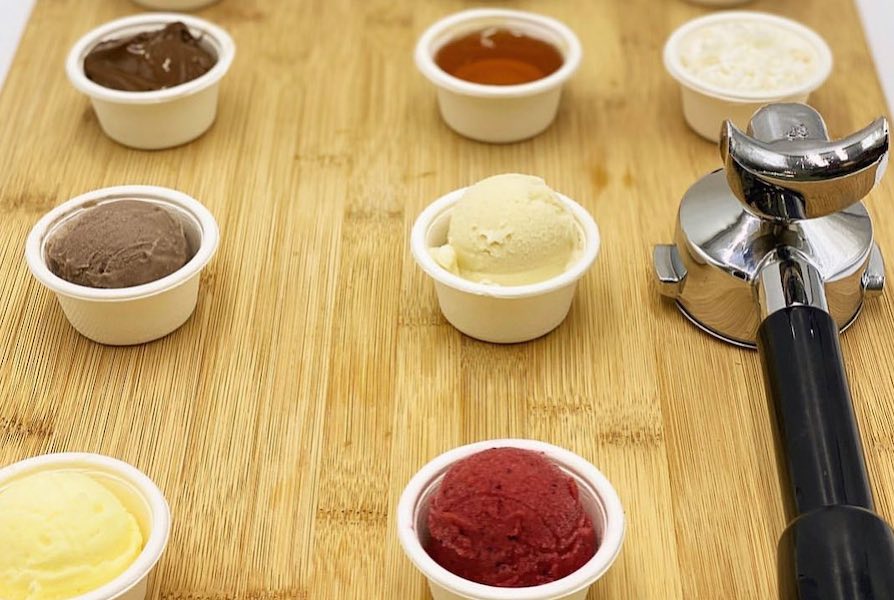 The loss of Little Baby’s Ice Cream hit Pizza Brain hard — the pizza restaurant and museum’s original location was host to Little Baby’s first brick-and-mortar shop. They were a good pair because, as Michael Carter, co-owner of Pizza Brain says, “Pizza and ice cream belong together.” We agree.

Luckily, starting this weekend two Philly-based frozen dessert companies will be scooping the goods at Pizza Brain’s Fishtown location for the duration of the winter. GELAT’OH!, an artisan gelato and sorbet company from Sierra Georgia will be available, alongside Cloud Cups, a line of CBD-infused desserts that Georgia developed alongside Galen Thomas.

Georgia and Thomas met in 2018 while working from Little Baby’s production facility, and both count the team at Little Baby’s as mentors who helped them expand and grow their product lines. Georgia opened her first gelato truck in the D.C. area in 2013, then opened a brick and mortar location, also in D.C., in 2017 after attending Carpigiani Gelato University in Bologna, Italy. She met Thomas through the team at Little Baby’s Ice Cream, and they founded Cloud Cups together in 2018. Thomas’ expertise is in CBD infusion, which he developed doing CBD-infused dinners with chefs across the country.

CBD, for the uninitiated, is the non-psychoactive property of cannabis (weed), and is having a moment in the food and wellness world. Vegan, CBD-infused, and traditional gelatos will be available at Pizza Brain from 4 p.m. to 10 p.m. Friday through Sunday, with weekday hours on their way soon.