The team behind Ambra, Southwark and Olly finally open their Neapolitan pizza spot in Queen Village. 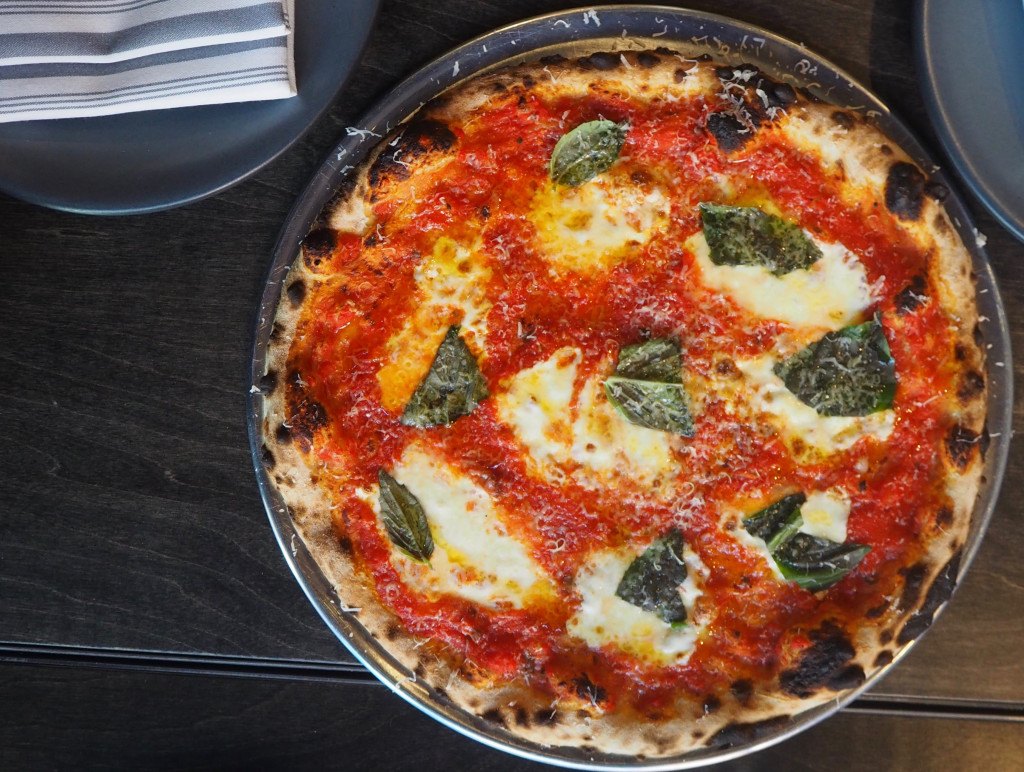 The margherita pizza at Gigi. | Photo by Maddy Sweitzer-Lamme

After over a year of construction and planning, Marina De Oliveira and Chris D’Ambro’s tiny new Neapolitan pizza spot in Queen village is ready to go.

The menu is straightforward and reads like a list of late-night cravings — 11 pizzas with a few add-ons, plus wings, Caesar salad, a burger, lasagna and a wood-fired oven baked cheese served with flatbread dippers. The drink list features a few wines, beers and batched negronis and manhattans – basically everything we want and nothing we don’t.

Gigi is attached to Ambra Restaurant Group’s other new spot, Olly, which does casual, American comfort food. When they first signed the lease, Chris said they discussed a few other options, including a prepared food concept. Pizza won out.

The space where Gigi now lives was born out of what used to be an office and a private dining space. Chris’s brother, Joseph, built out the subway-tiled bar and installed the pizza oven, which was imported from Modena. It’s the first thing you see when you walk in the door, and it’s the only heat source in the Gigi space. Pastas and burgers come out of the kitchen down the hall at Olly, but wings, that molten cheese, and some vegetables are being cooked in the blistering heat of the pizza oven.

The crust, which is fermented for 36 hours to give it extra flavor and life, is cooked a little past what purists might expect from a Neapolitan pie. Expect slices that will stand at attention when you pick them up, with toppings both Italian and not.

Gigi is open Monday through Thursday 3:30 p.m. to 11 p.m. and Friday until 12 a.m. Saturday they’ll be open 12 p.m. to 12 a.m., and Sunday from 12 p.m. to 10 p.m. You can access it through Olly on Fifth Street, or through its own door around the corner at 504 Bainbridge Street. Look out for delivery on Caviar in the next few weeks. For a first look at the menu and space, scroll down. 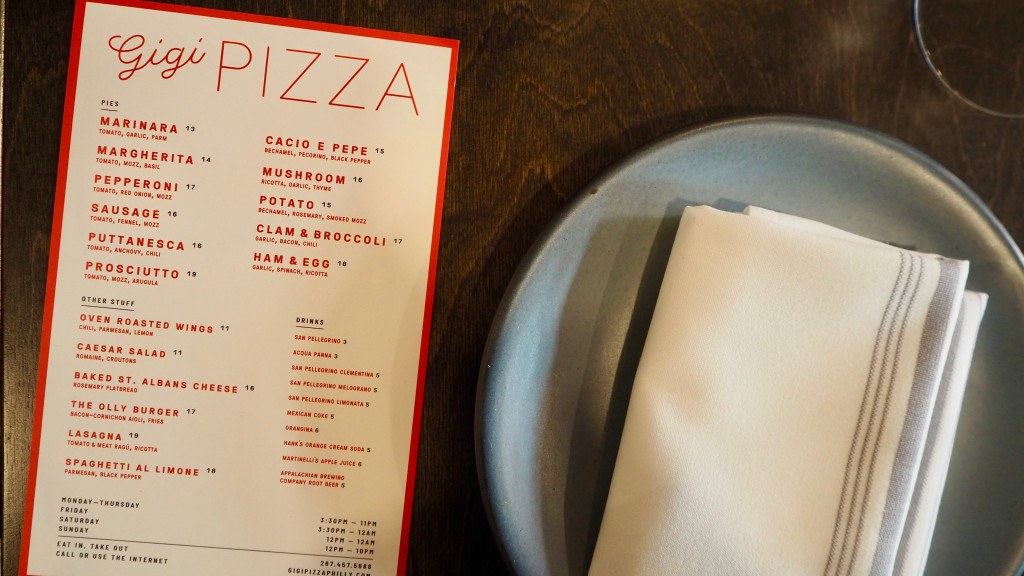 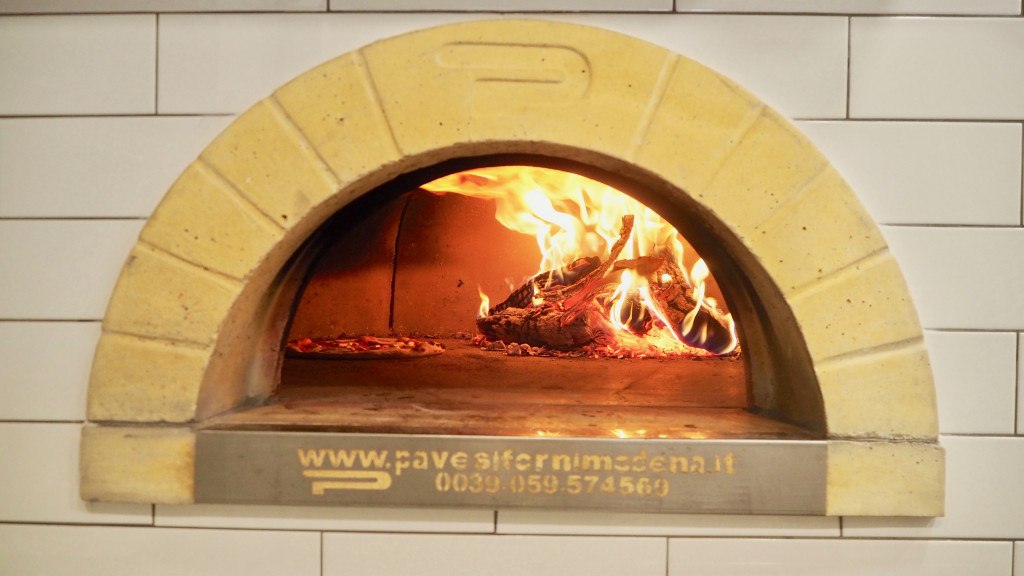 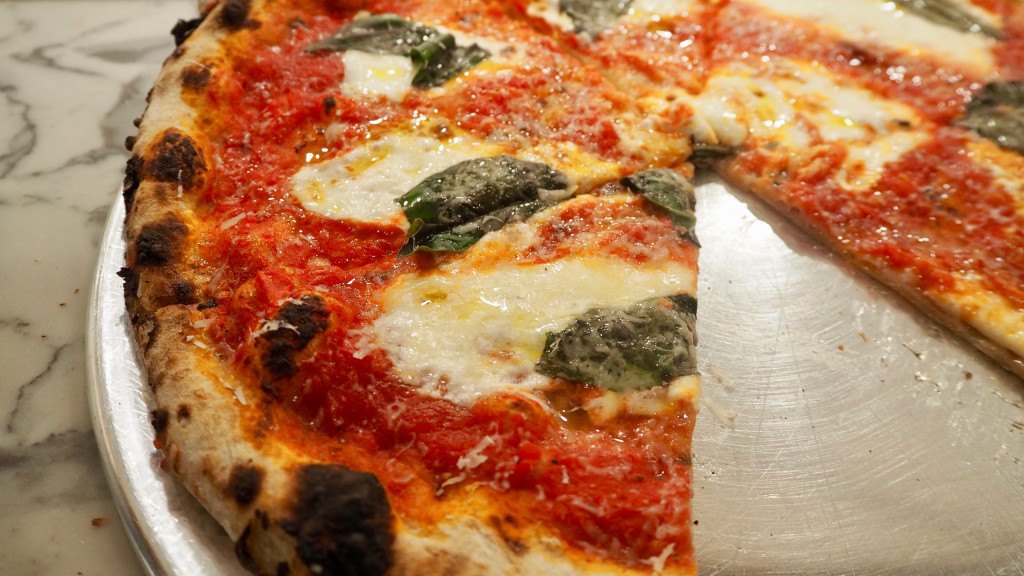 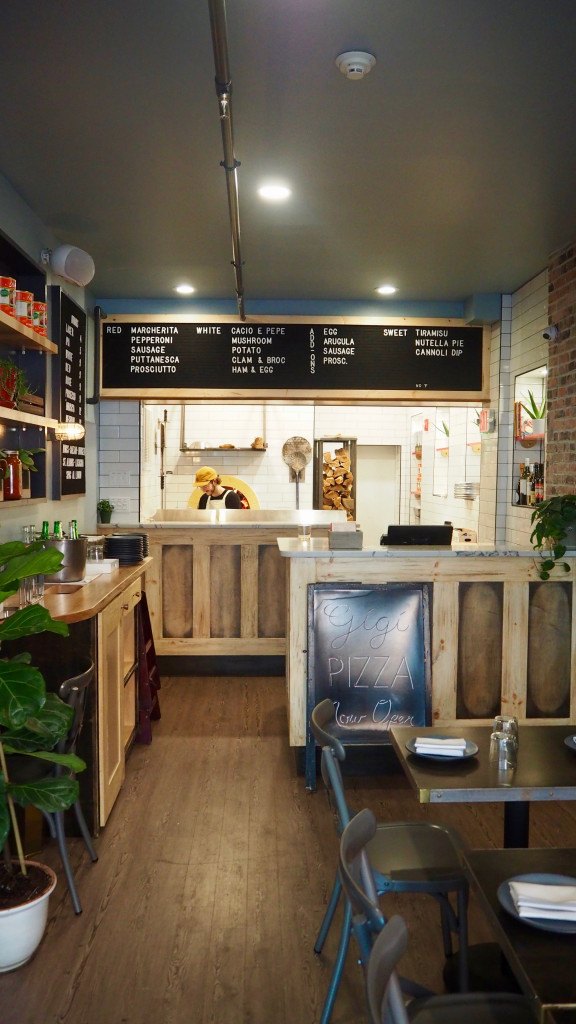