A yearlong collaboration series at Weckerly's starts this week with Pat O'Malley from Hungry Pigeon. 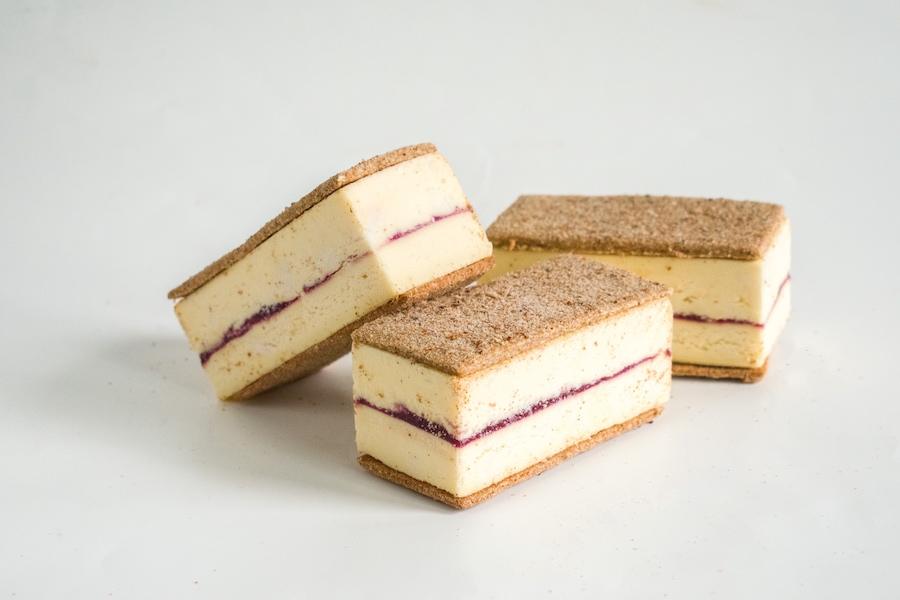 The sandwich is part of a collaboration that will run through the next 12 months, featuring flavors and sandwiches designed by chefs like Nok Suntaranon and My-Le Vuong, chef-owners of Kalaya Thai Kitchen and Camille Cogswell, pastry chef of Zahav and executive chef of K’Far. The next flavor will come in mid-December from Middle Child’s Matt Cahn, followed by one from Jon Nodler and Samantha Kincaid, chef-owners of Cadence. Tova du Plessis, chef-owner of Essen Bakery will release a Passover-inspired flavor on Wednesday, April 8th.

Pardon rye French is a creme fraiche ice cream base scattered with cream candy inspired by the flavor of fromage blanc and sandwiched between a rye shortbread cookie slathered with Concord grape jam. The sandwiches and scoops will be available on a limited basis and will benefit The Fund for the School District of Philadelphia.