Stina brings things — manti, chicken kebabs, outstanding borek — that the neighborhood needs, even if it doesn't know it yet. 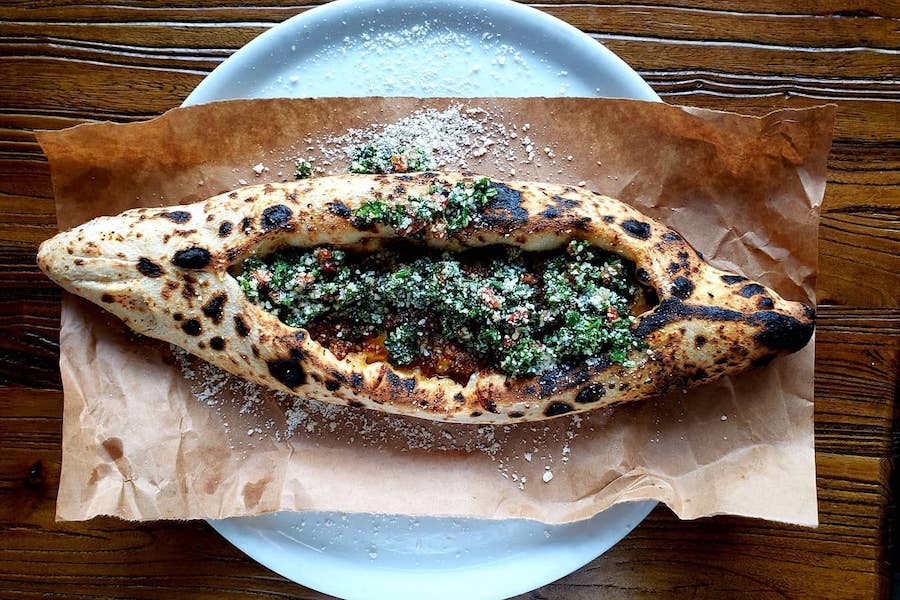 The last thing South Philly needs is another pizzeria.

I can name 10,000 already without even thinking. So many that the names all bleed together. There is already legendary pizza and great pizza and mediocre pizza and terrible pizza here, last-call pizza, emergency pizza, midnight and morning pizza.

Order This: The borek, some chicken kebab, two plates of manti, and maybe a merguez pide and a pizza to go.

So when Bobby Saritsoglou and his wife, Christina Kallas-Saritsoglou, decided to open another pizzeria, it was folly. Pointless. Even the Morello Forni wood-burning oven they brought over from Italy was hardly a draw. Stina was just another pizza joint, right up until it first opened the doors.

Because while South Philly may be awash in pizza, what South Philly needs is more borek — all crisp and flaky, striped with honey, filled with smoked, oozing kashkaval cheese and topped (on a hot night in August) with pinky-orange slices of pickled peaches so sweet and sour, they could snap your head back.

What South Philly needs is chicken kebabs rubbed with walnut dukka, the insides soft and so hot they burn your tongue. It needs pide — a twisted dough football, stuffed with egg and goat cheese or, even better, merguez sausage and mozzarella, topped with tabbouleh.

What it needs are manti. God, so many more manti. At Stina, they come four to an order, big as billiard balls, stiff-skinned and filled with ground lamb and Aleppo pepper, cooled by the generous dabs of whipped yogurt scattered with chopped mint. 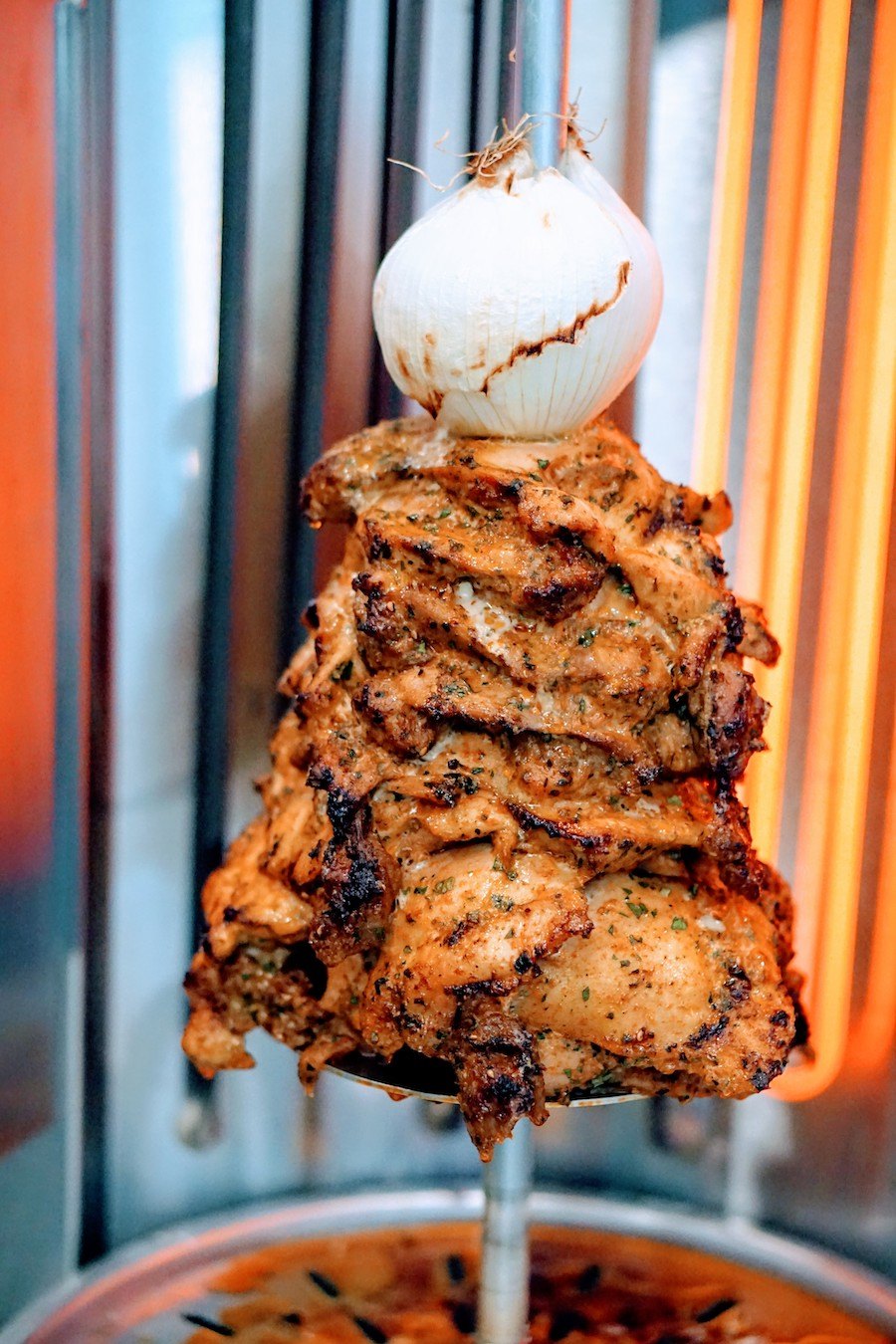 What South Philly needs is exactly this, exactly Stina, exactly the carefree, borderless way that Bobby Saritsoglou’s chef-mind works. I liked what he did with Opa when he took over there (read: legitimized it as a Greek restaurant, at least temporarily). I love what he’s doing here, in this small shotgun space crowded with unusual antiques, creepy child portraits, the occasional clown. I like the kitchen’s rustic focus, the sops to neighborhood tastes (an Italian hoagie on the menu, a kale salad) that don’t, for an instant, weigh down the Italian/Mediterranean/Middle Eastern fusion happening simultaneously.

And you know what? The pizzas aren’t bad, either. They’re almost jokingly standard-issue (the three-cheese with fresh basil and red sauce is even called “The Standard”), but the crusts are leopard-spotted and taste of wood smoke even when reheated the next day. It isn’t the best pizza in South Philly, but that’s so unimportant, because South Philly already has a hundred best pizzas. It needs another like it needs more potholes. 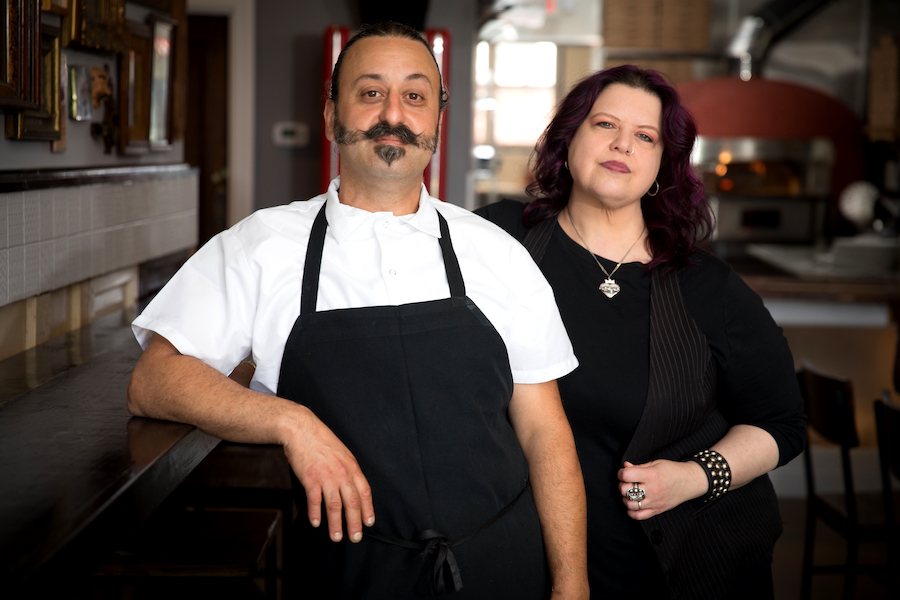 And if those pizzas and a hoagie are what get people through the door, so be it.