Philly chefs are celebrating fall with the arrival of local pears. 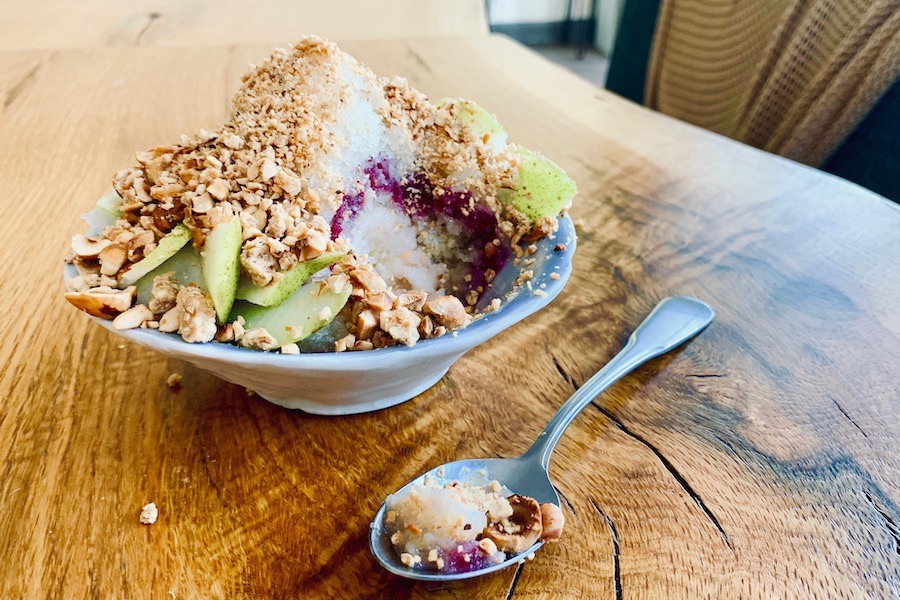 There are many harbingers of fall – apples, pumpkin spice, Halloween-themed bars. But among all this excitement, somehow pears never seem to get their due. Burn your memories of school lunches filled with flabby, flavorless canned pears. When fresh and ripe, the fruit is as as juicy, as fleeting a thrill as a midsummer peach.

“Pears’ range in flavor and texture means we can use them in multiple forms without the fruit becoming redundant or one-note,” says pastry chef Samantha Kincaid of Cadence. “We’ve been doing iterations of a shaved ice dessert since opening. Coming into fall we have Shenandoah pears for roasting (for sorbet) and a crisp and juicy Asian variety of pear for shaving fresh. The pear is surrounded by complementary fall flavors: concord grape juice, plus toasted hazelnuts and oat to mimic a pear crisp.”

In desserts, pears’ honey-like sweetness and velvety texture make them a no-brainer for chefs. At Weckerly’s, local Bosch pears (sometimes called the Champagne of pears!) are poached in white wine with vanilla, strained smooth, then spun into a creamy sorbet, which sounds pretty appealing in the middle of one of these 90-degree October afternoons we’ve been having. 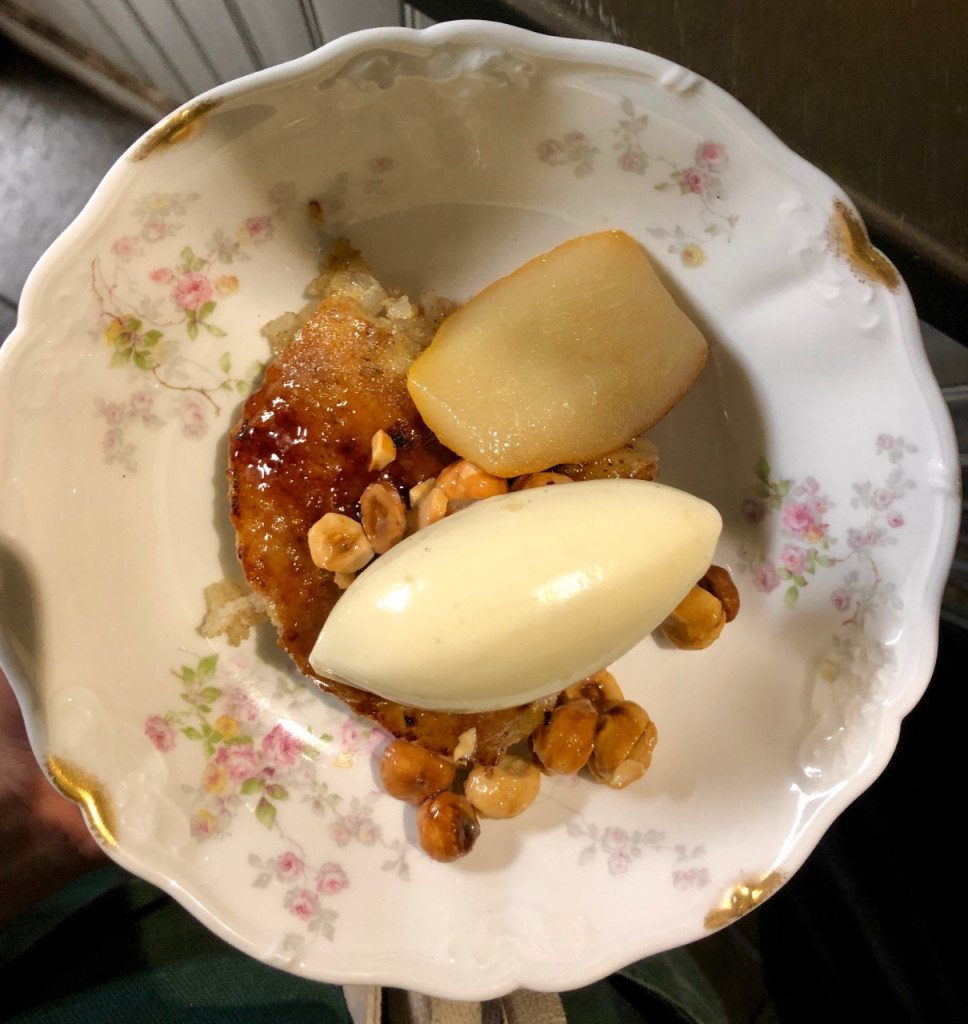 Pears’ subtle flavor profile make them an ideal compliment for savory dishes, as well. Joseph Monnich, at The Bercy in Ardmore, takes an even more savory approach by compressing the fruit in an elderflower pickling liquid and serving them with beets, housemade fromage blanc, and seasonal greens. At The Love, pears are served caramelized as a component of the restaurant’s duck salad. 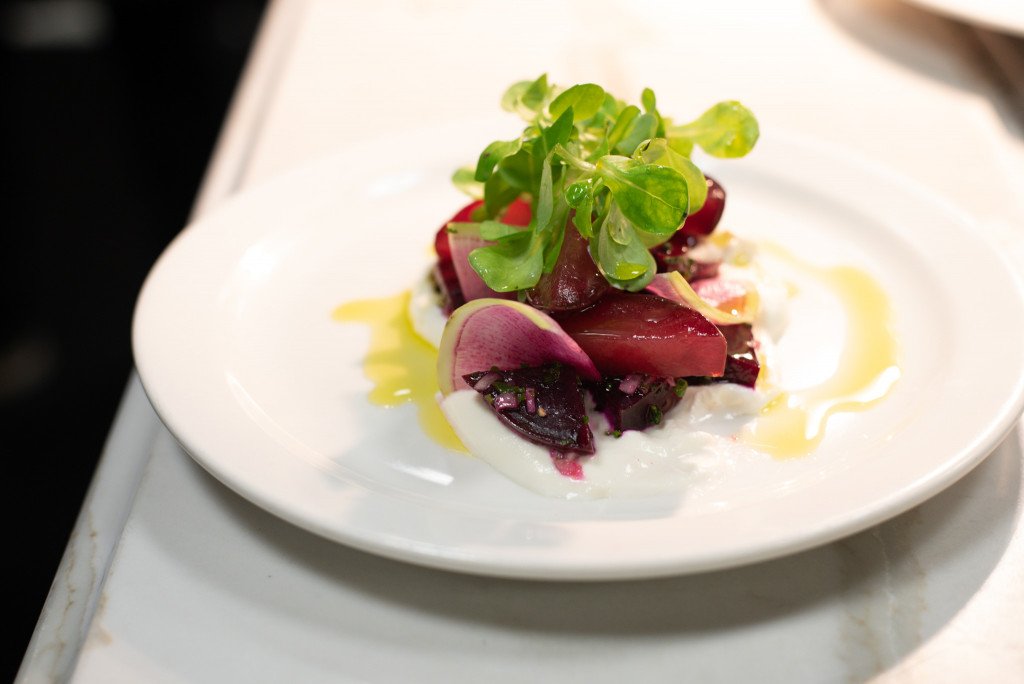 Courtesy of The Bercy

“Pear is one my favorite flavors,” says Kearse. “It evokes very distinct memories and has its own identity. Ben at Three Springs Farm is my go-to for pears and cider.”

The dish will incorporate the fruit in several ways: atop the foie in a sparkling gelée made with ginger beer (a nod to his mom’s use of Sprite in Jello), and alongside the foie as a mostarda.

With plenty of farmers growing the fruit locally, there’s no limit to what chefs will do with them. Honestly, I’m here for it – let’s make pears the new pumpkin spice.

Or on second thought, let’s not.