Melrose Diner Is Open Again With Half-Off Everything

A fire closed the iconic South Philly establishment back in July. It's already beyond packed — and back with some new features. 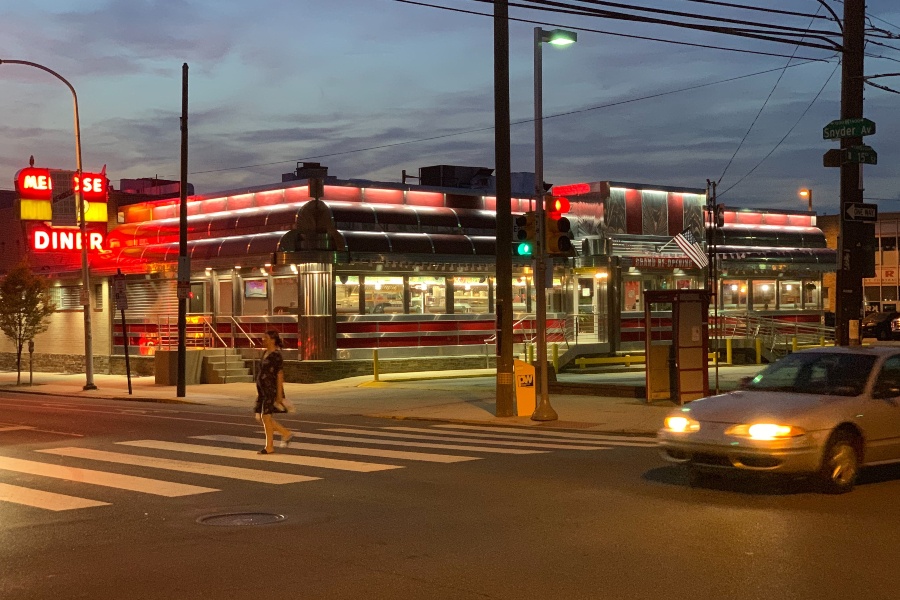 Melrose Diner is back, baby | Photo by Alex Tewfik

Sometimes, when we lose a thing, we realize how much we love it. The absence of said thing reminds us how treasured it really is. Such is not the case with Melrose Diner. It was always crowded. It didn’t need to go away for anyone to be reminded of its virtue.

After a one-alarm fire broke out in the iconic South Philly property in July, though, it closed for about seven weeks. Its longtime owner, Philly diner “King” Michael Petrogiannis, had originally hoped to open within a week of the incident, which was reportedly caused by an electrical issue — but was delayed by the extent of the damage.

The 24-hour establishment is back today, and everything is half-off. Needless to say, it’s packed. (One man apparently took the day off work to celebrate the reopening.)

If you’re going to visit today, expect a wait. Melrose is offering half-off food and drinks on Wednesday only, with a few rules. You’ll have to eat in, pay cash, and get there before 8 p.m. Two frenzied employees who answered the phone on Wednesday morning said the place was “totally swamped” with a line as of 10 a.m.

You might notice a few other changes next time you visit, too. Manager Renee Sheeran said the business reopened with new features in its bathrooms, as well as remodeled ceilings and a revamped cake display. Plus, Melrose will open an espresso bar sometime in the next two weeks, she added.

The diner, which dates back to the 1950s, is located at the corner of 15th Street between Snyder and West Passyunk avenues. Petrogiannis also operates businesses like the more lavish La Veranda near Penn’s Landing and the Broad Street Diner (where he relocated some employees during Melrose’s temporary closure).

No injuries were reported in the fire in July.