The Grigris will open a Loire Valley-style wine bar in Good King's second-floor space this fall. 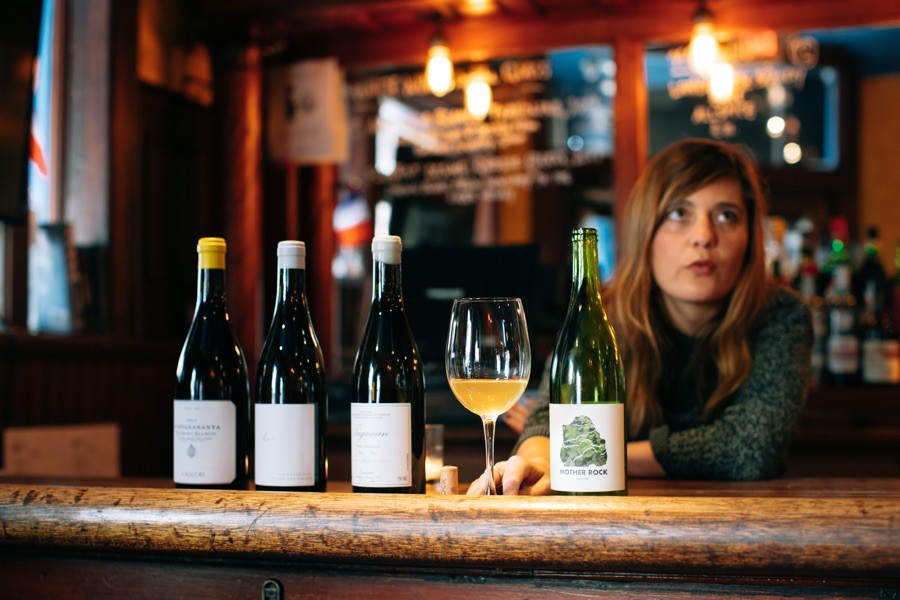 Le Caveau will feature a French-focused wine list with international options; the first- and second-floor concepts will offer more than 130 bottles — all sustainably produced and mostly natural wines — between the two of them. Guests will be able to enter the restaurant through an entrance on 7th Street or from inside Good King.

The Grigris were inspired by Parisian cabaret houses of the late 19th and early 20th centuries like Le Chat Noir; the term “le caveau” is also used colloquially in France to refer to a wine cellar.

“Like the Good King, it’s going to be all about ambiance and a kind of culture created in the space. The way that the room interacts with the people in it, the wines being poured, the stories behind those wines, it’s about a sensation. I can’t really think of another place like it in the region — a place so deeply inspired by the hole in the walls of France. There’s this sense of camaraderie and conviviality,” says Chloé.

In terms of food, the bar’s menu will include small plates featuring house-made charcuterie, cheeses sourced from France and elsewhere, fish rillettes, olives, and French hot dogs (basically, hot dogs cooked on a rotisserie stuffed into the end of a scooped-out baguette with spicy brown mustard).