Where to Eat Buck-a-Shuck Oysters in Philadelphia

All the bars and restaurants in Philly where you can shoot back dollar oysters during happy hour. 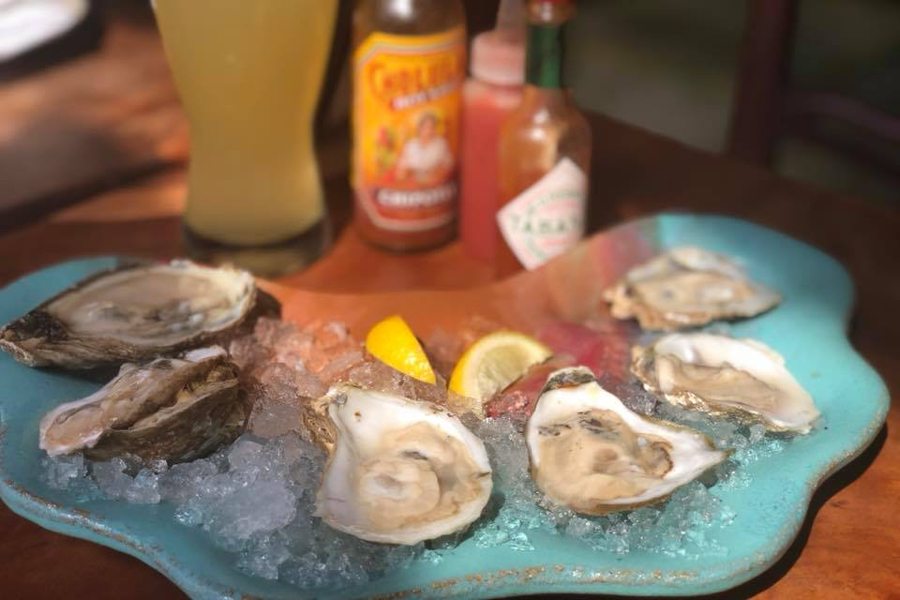 Happy hour may have been invented to get butts in seats and sell more booze. But the concept was perfected when some enterprising fishmonger had the idea to combine drink specials with dollar oysters, turning a premium food into something accessible to the cost-conscious masses—at least for a few hours each week. Here are some of our favorite places to slurp a cool half-dozen on the half shell for just a buck (or a little more) in Philly. 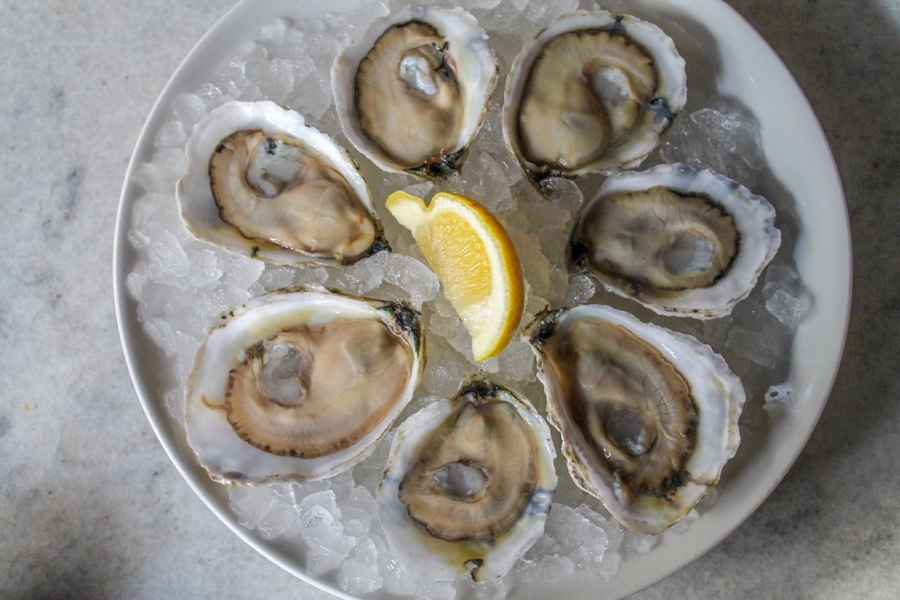 Oyster House, Center City
The city’s destination for oysters for more than 40 years is one of the best spots to indulge on the half shell, with buck-a-shuck at the bar every weekday from 5 p.m. to 7 p.m. and Saturday nights from 9 p.m. to 11 p.m., along with $3 shooters, $3 drafts and $5 punch.

Stateside, East Passyunk
Can’t make it to the shore to slurp your shellfish? Sit at Stateside’s open-air bar and order up a round of $1.25 oysters every weekday from 5 p.m to 7 p.m. for happy hour — which also includes half off draft beers and $5 Old Fashioneds, house red and house white.

Pinefish, Washington Square West
Rare is the buck-a-shuck that extends to all seven days of the week — but Pinefish does it, serving dollar oysters during happy hour, 4:30 p.m. to 6:30 p.m. every day along with drafts, martinis, and French wines for just $5 and small plates for $4-$5 each. 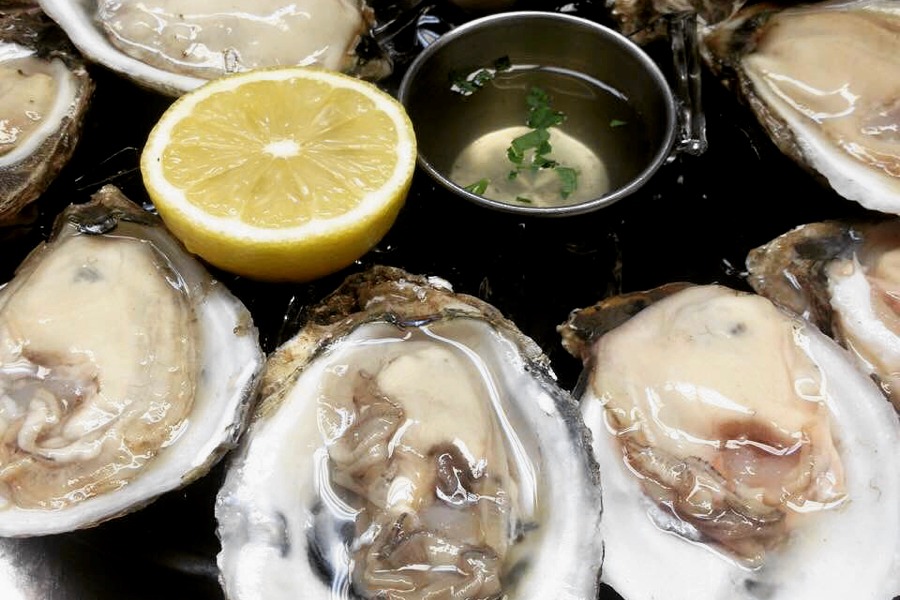 Anastasi Seafood, Italian Market
The seafood market and restaurant at the corner of 9th Street and Washington Avenue offers one of the best happy hours in the city: Tuesday through Friday from 4 p.m. until 6 p.m., you can get buck-a-shuck raw oysters, dollar oysters and clams, $5 draft beers, $4 house wine, $4 crab cake sliders, and $6 chips and guac — and pick up some crabs to cook up for dinner while you’re at it.

Fond, East Passyunk
Okay, so Fond doesn’t officially do buck-a-shuck — but what they offer is almost better: six freshly shucked oysters plus a glass of rosé for just $10 — which is definitely in the dollar-per-oyster range (plus wine!). Get it at their bar, outdoor tables, and high-tops every Tuesday evening.

Olde Bar, Old City
Jose Garces’ seafood-centric spot serves up buck-a-shuck oysters – along with deals on beer, wine, and Fish House Punch and snacks like Welsh rarebit and deviled eggs — at their happy hour, which runs from 5 p.m. to 7 p.m. on weekdays and 4 p.m. to 6 p.m. on weekends. 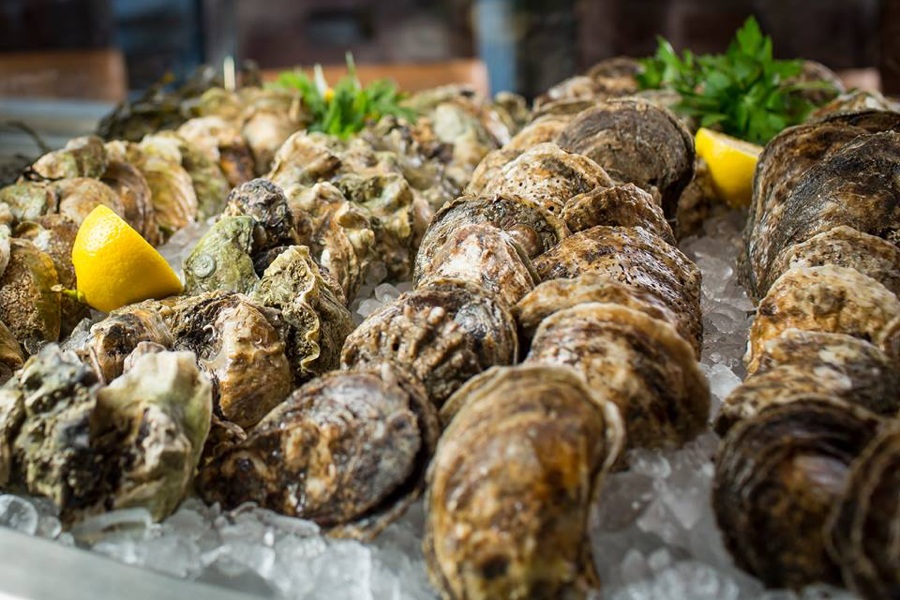 Devon Seafood Grill, Rittenhouse
The chain seafood house has a pretty great deal on oysters during happy hour. In addition to dollar oysters, get lobster claws for $3.50 and $7 appetizers during happy hour, which goes from 4 p.m. to 7 p.m. Sunday through Friday (drink specials start at 5 p.m.).

P.J. Clarke’s, Washington Square West
The Philly outpost of the New York institution makes a great case for after-work revelry with its happy hour: $1 oysters and clams, bites like blistered shishitos and mini cheesebugers, and deals on beer, wine, and classic cocktails from 4:30 p.m. until 6 p.m. every weekday.

Pistola’s Del Sur, East Passyunk
Along with some pretty sick deals on drinks and food — $10 off margarita pitchers, select Yards cans for $3.50, $4 pico de gallo — Pistola’s Del Sur does buck-a-shuck during happy hour, too. Get the deal Monday through Friday between 5 p.m. and 7 p.m.

Aether, Fishtown
The sleek, elegant Frankford Avenue spot offers $1 oysters during their extended happy hour on Wednesdays and Sundays from 5 p.m. until 9 p.m. (Thursday through Sunday, it’s 5 p.m. to 7 p.m. and the oysters are $2 each.) All the better to help you save up and splurge on that stunning seafood tower once in a while.

a.bar, Rittenhouse
OK, they’re not quite buck-a-shuck, but a.bar’s happy hour deal is pretty sweet: in addition to discounts on drinks, they serve a rotating selection of freshly-shucked beauties on the half shell for $1.50 each between 4 p.m. and 6 p.m., seven days a week.

Seafood Unlimited, Rittenhouse
This neighborhood institution for four decades does buck-a-shuck oysters and clams during their rather liberally defined happy hour — which runs all night, every night, so basically any time they’re open. Get it from 5 p.m. until 9:30 p.m. Monday through Thursday and 5 p.m. until 10:30 p.m. on Friday and Saturday. 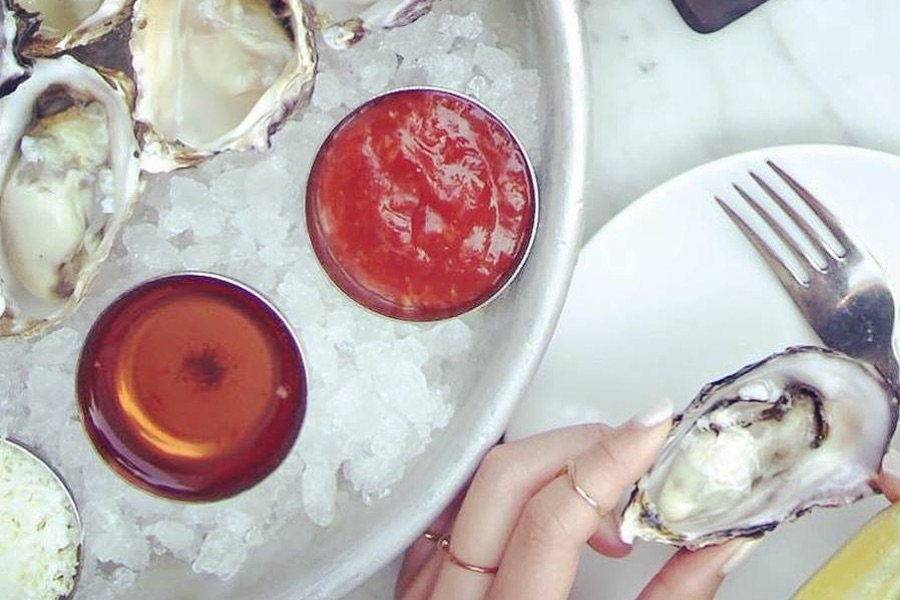 Fishtown Social, Fishtown
Sip a smart cocktail or a glass of a new and intriguing natural wine alongside your dollar oysters at this Frankford Avenue bar and bottle shop. Even better? Their happy hour goes beyond the work week — it’s 2 p.m. until 4 p.m. on Saturday and Sunday in addition to 5 p.m. until 7 p.m. Monday through Friday.

Misconduct Tavern, Center City
Looking to watch the game and crush some oyster deals while you’re at it? Hit up Misconduct for $1.50 oysters during happy hour, which runs from 4 p.m. until 7:30 p.m. Monday through Friday.

Pub & Kitchen, Rittenhouse
During happy hour — that’s weekdays from 4 p.m. until 6 p.m. — P&K cuts the price of their oysters to $2 apiece, which is a pretty good deal considering you can also order a discounted draft Old Fashioned to go along with them.

The Best Places to Get $1 Oysters, Mapped