The bourbon bar and restaurant on Headhouse Square will be back open in time for Thursday night's service. 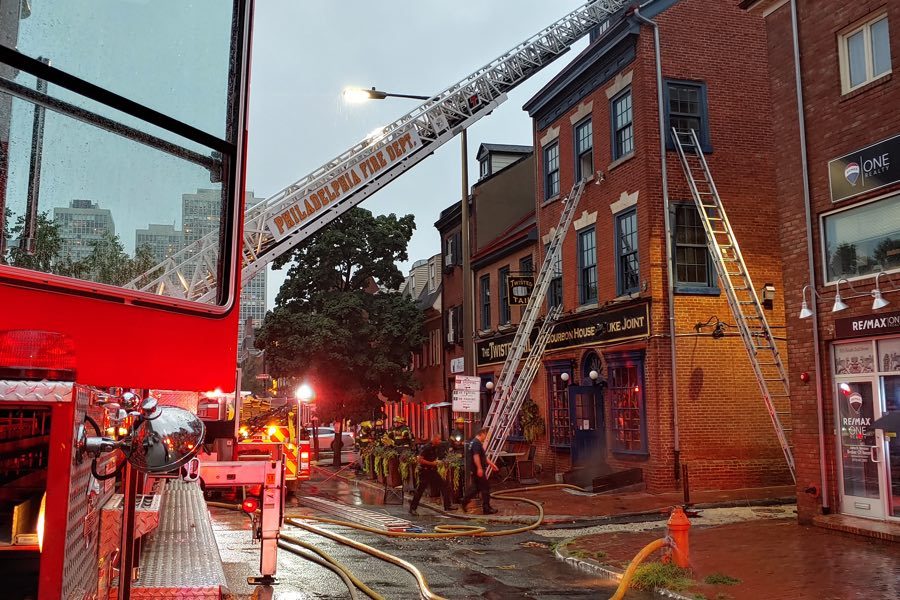 A combination of PGW construction outside the building at 2nd and Lombard Streets and flooding from yesterday’s torrential rains were the cause of the fire, said Erin Laughlin, the restaurant’s marketing and office manager. A trench on neighboring Naudain Street had been backfilled but not yet cobbled over, which caused water to collect and flood under the restaurant.

The fire broke out around 6 p.m. when flood waters entered Twisted Tail’s basement and then came into contact with the PECO junction box directly beneath the building.

“The fire wasn’t really wasn’t in our restaurant, but we lost power because we are connected directly to that junction box,” Laughlin said. “Our neighbors to north, the pharmacy and a neighbor who lives above the vet office, all experienced smoke from the underground fire.”

The space was evacuated, and no one was hurt. Laughlin said that management got the all clear from the Philadelphia Fire Department and PECO that the fire was out and power was restored around 3:30 a.m. last night.

The restaurant will reopen at 4 p.m. today, Laughlin said, once PGW and city health department officials clear it for operation.