Come to D’Emilio’s for the Ice Treats, Stay for the Chef-y Italian Sandwiches

Get a taste of sandwiches designed by BBQ guy Mike Strauss and top Italian Philly chefs like Marc Vetri during the East Passyunk sorbetto shop's grand opening this week. 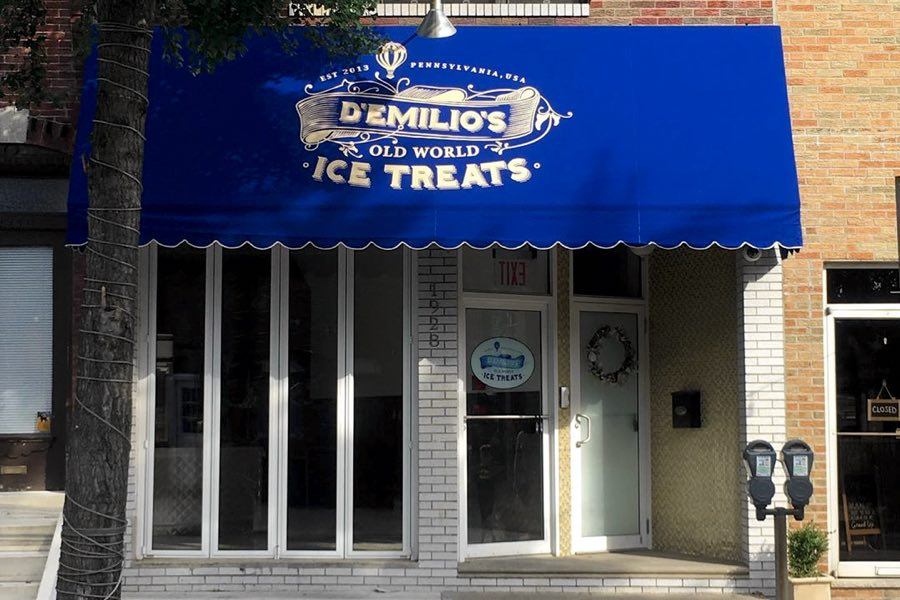 After softly opening over the weekend, the brick-and-mortar location of D’Emilio’s Old World Ice Treats is officially kicking things off with a grand opening rollout this week at 1928 East Passyunk Avenue.

Starting today, August 7th, they’re scooping around eight flavors of owner Chris D’Emilio’s sorbetto, made with a recipe passed down from his grandmother, at the shop. They’ll add house-made waffle cones for their new soft-serve ice cream offering this Friday.

And on Friday, August 9th and Saturday, August 10th, Mike’s BBQ owner Mike Strauss will be in the house with Italian-inspired sandwiches developed in collaboration with Philly’s top Italian chefs from noon until 4 p.m.

There will be a few more sandwiches from other chefs as well as Strauss himself — all made using rolls baked by Rione’s Francesco Crovetti.