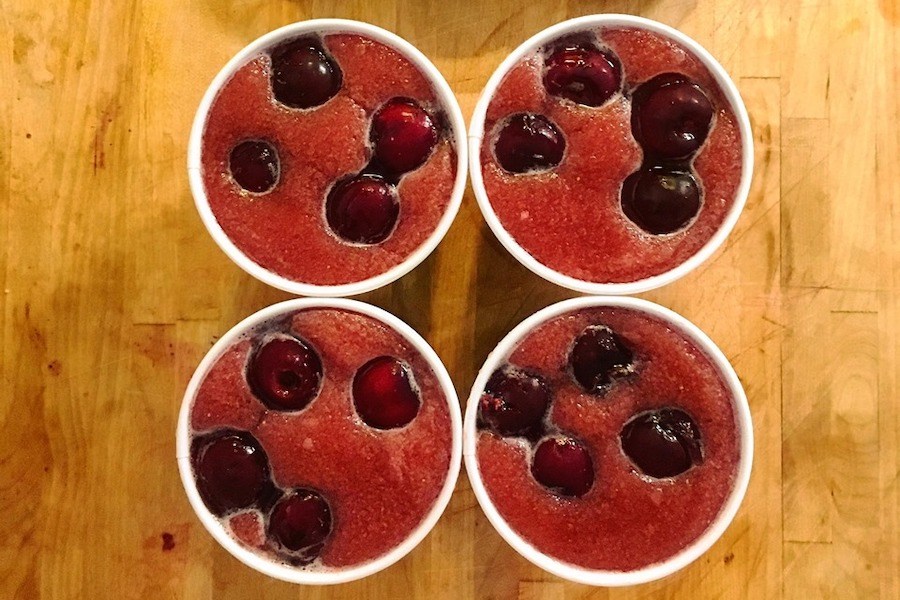 The former home of the Philly Flavors on East Passyunk is getting a new tenant — and it’s another frozen treats operation. Throwback water ice purveyor Chris D’Emilio will open the first brick-and-mortar location of D’Emilio’s Old World Ice Treats this summer in the space at 1928 East Passyunk Avenue.

The new Old World Ice Treats won’t just sell frozen goodies. D’Emilio has teamed up with Mike Strauss, owner of nearby Mike’s BBQ, who’s developed a slate of Italian sandwiches created with the help of local Italian chefs, giving the concept a year-round draw (not that there’s ever a bad time for frozen desserts).

D’Emilio started out four years ago selling his ice treats — inspired by his grandmother’s sorbetto recipe — from a freezer attached to his motorcycle, sidecar style, at parks and farmers’ markets around the city. Details about the new spot are thin as of now, but he tells Foobooz that the plan is to open in the next two to three weeks.