Actually, Pennsylvania (Not Kentucky) Is the Birthplace of American Whiskey 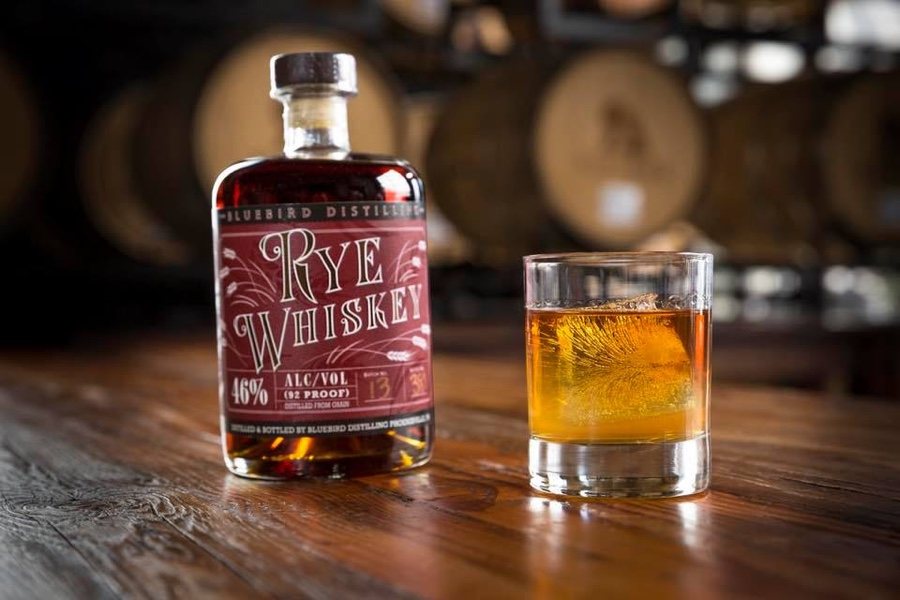 What’s the first place that comes to mind when you think of whiskey? If you’re like most people, you’d consider Kentucky the birthplace of the American version of that beloved brown liquor. But a new initiative, the Whiskey Rebellion Trail, aims to put Pennsylvania and the Mid-Atlantic back on the map — and in its rightful place in history — as the birthplace of distilling in the U.S.

“American whiskey was born in the Mid-Atlantic, and Pennsylvania and Maryland really have a story that only we can tell,” said Meredith Meyer Grelli, co-owner of Pittsburgh’s Wigle Whiskey, who founded the initiative three years ago. “We wanted to capture that regional identity back and reclaim it for the Mid-Atlantic.”

You probably learned about the Whiskey Rebellion in history class, but here’s a quick refresher: post-Revolution, many states were in debt, and in 1790 Alexander Hamilton pushed for the federal government to absorb the debt and pay for it with an excise tax on whiskey — the first in U.S. history. President George Washington got positive feedback on the plan and Congress passed the bill — but small distillers, who couldn’t take advantage of volume discounts on the tax that larger producers could, immediately protested.

Distillers, concentrated in western Pennsylvania, didn’t pay the tax, and collectors were threatened, assaulted, and even tarred and feathered. In 1794, a mob of 700 men attacked a wealthy landowner and tax collector, and Washington marched from the capitol in Philadelphia to Pittsburgh with 13,000 troops to shut down the rebellion — the first time in American history a President marshaled troops against U.S. citizens. (Here’s a more in-depth look at the conflict.)

For Katie and Walter Palmer, who own Manayunk-based Palmer Distilling, the trail is a perfect fit. They already use Revolution-era history to make and sell their spirits: their Liberty Gin is inspired by a Dutch recipe that dates back to the 1600s, when the Netherlands dominated the spice trade; Philadelphia served as a port along trade routes.

“The colonials would be familiar with this flavor profile,” Katie said. “They’d also recognize our copper still, which we got from a company that’s been in business for 200 years. The only difference is that back then, they used wood. We use gas.” Their Manayunk Moonshine, an unaged whiskey made with Bucks County-grown corn and malt from Chester County, is based on the recipe George Washington used when he took up distilling after retiring to Mount Vernon.

In all, the Whiskey Rebellion trail features 75 distilleries around the Mid-Atlantic. Locals and tourists alike can purchase online passes for different regions in the greater Philadelphia, Pittsburgh, Baltimore, and Washington D.C. areas. Passes are available only through the Whiskey Rebellion Trail website; once you purchase, a link to the pass is sent to your smartphone for you to show and redeem when you arrive at a distillery or attraction within the timeframe you selected.

Some passes, like the walking tour of Fishtown’s distilleries or a tour of distilleries connected by rail, like Boardroom Spirits in Lansdale and Thistle Finch Distillery in Lancaster, are good for one day only — perfect for out-of-town tourists or day trips from neighboring regions. There’s also a Taste of the March, a three-day pass that includes two distilleries as well as historic stops along the original route across Pennsylvania taken by Washington and his troops.

Today is the day! Zimbro is released at all of our locations! ⠀ ⠀ Our gin finished in Port casks is a unique spirit and makes for an amazing Martinez! Get yours today. #portfolio

“Philadelphia is where it all started — George Washington’s march out west,” said Art Etchells of Pottstown-based Manatawny Still Works. “Even if you’re staycationing, there’s plenty of things to do.”

Others, designed for locals and frequent visitors, are good for 90 days of visits to distilleries and historic sites in a particular region: the Taste of Philly & Beyond passport is good for special tours, complementary cocktails, and spirit flights at 17 craft distilleries in and around the city, plus admission and guided tours for related historic sites like Independence Visitors Center, the Museum of the American Revolution, and Washington Crossing Historic Park.

But the Whiskey Rebellion Trail doesn’t just include whiskey distillers. Stops on the trails produce everything from gin aged in port barrels, like Manatawny’s new Zimbro, to the blood orange liqueur, raspberry-lavender absinthe, and “savory” gin — infused with Tuscan-inspired herbs like rosemary, sage, and eucalyptus — made at Five Saints Distillery in Norristown.

Prices range from $17 to $69 for one- and three-day passports, while 90-day passes for Philly, Pittsburgh, D.C., and Baltimore start at $99. Philly’s costs $149, but that’s because we’ve got the most distilleries in the Mid-Atlantic; the cost breaks down to a little more than $7 per cocktail or spirits flight — a pretty good deal considering the admission and tours at historical sites and museums that are included.