The block parties, burlesque shows, and special menus you won't want to miss during France's national holiday on Sunday. 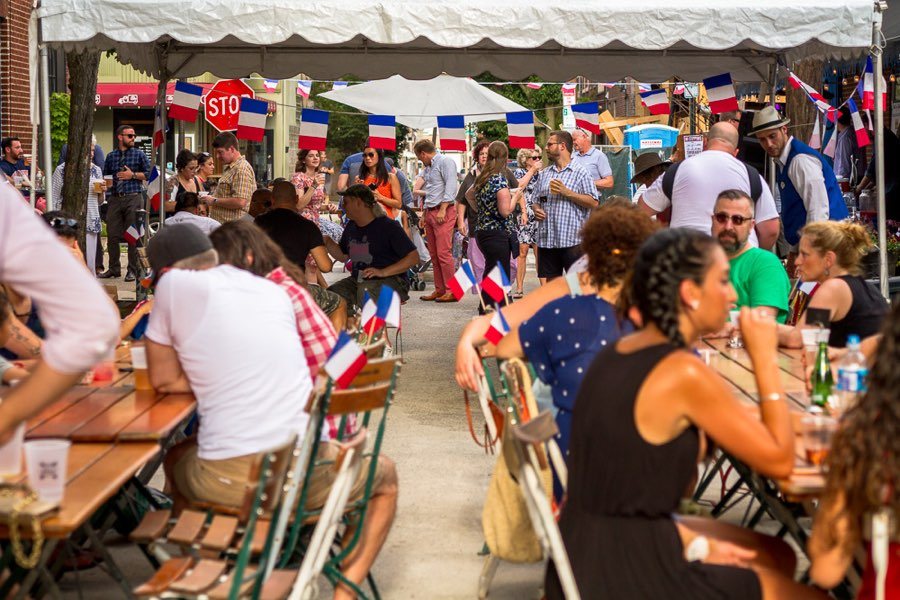 For years, the place to be on Bastille Day in Philly was outside Eastern State Penitentiary. The celebration of France’s national holiday culminated in a performance in which London Grill owner Terry Berch McNally, costumed as Marie Antoinette, and members of the Bearded Ladies Cabaret would reenact the storming of the Bastille — complete with guillotine and a couple thousand TastyKakes thrown down from the prison’s towers to the audience below.

The re-enactment is no more now that that London Grill is closed — but restaurants in the city are offering block parties, burlesque shows, special French menus, and more to mark the July 14th occasion . Here’s where you can celebrate Bastille Day 2019 in Philly. 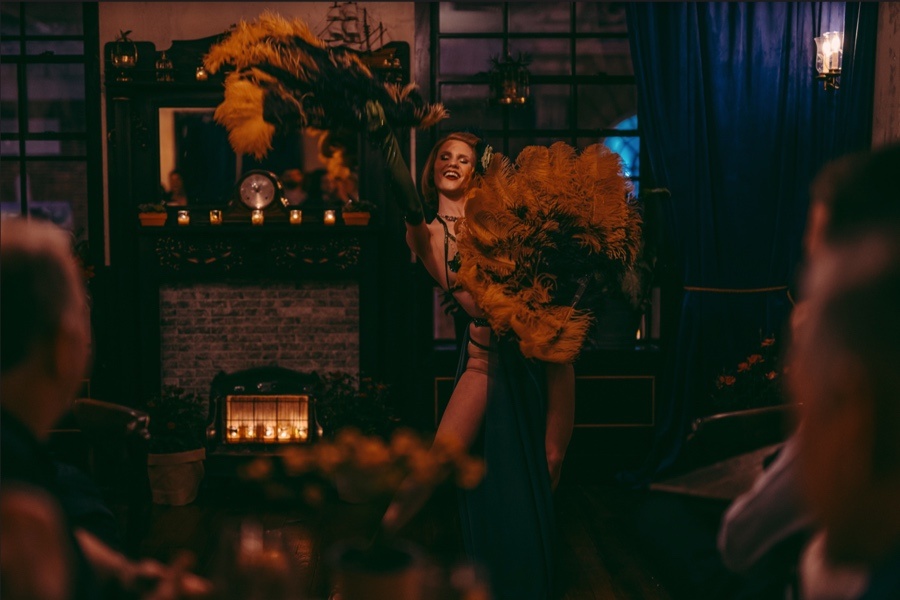 Good King Tavern, Bella Vista
Sunday, July 14th
Noon until 6 p.m.
The French-focused bar and restaurant is shutting down not one but two blocks for its annual Bastille Day celebration, taking over both Kater Street between 6th and 8th and Seventh Street between South and Bainbridge with games (think soccer beer pong and ladder ball), fun for the kids, and raffles for prizes, plus music from both live DJs and accordionists from nearby Liberty Bellows. Neighbors Hale & True will be pouring cider, and Good King will have sips from locals like Lo-Fi Aperitifs and Love City Brewing. Bites and drinks are cash only, be sure to hit an ATM before the festivities.

Royal Boucherie, Old City
Friday, July 12th through Sunday, July 14th
Nick Elmi’s 2nd Street brasserie has a whole weekend worth of Bastille Day fun in store, starting with a special happy hour featuring French wine, beer, and bites from 5 p.m. until 7 p.m. on Friday. On Saturday, they’re hosting a Bastille Day-themed burlesque show at 8 p.m., with the party moving upstairs at 10 p.m. for performances from dancers LeLu Lenore and Margot Starlux. And on Sunday, the 230th anniversary of the storming of the Bastille, they’re serving a decadent brunch to the tune of French vinyl spun by DJ Romain of Spinning Kitchen from noon until 4 p.m. Make reservations here.

Bastille Day Annual Block Party, Fairmount
Saturday, July 13th
1 p.m. until 10 p.m.
While there won’t be a Marie Antoinette letting the masses eat TastyKakes this year, neighbors have decided to keep the celebration going with an all-day block party in front of Eastern State at 22nd and Fairmount. The fun includes a slate of live bands and DJs, games, food and drink, crafts, and more.

The Bercy and Delice et Chocolat, Ardmore
Sunday, July 14th
11 a.m. until 4 p.m.
Head to Station Avenue for a free Bastille Day block party celebrating all things French, with live blues music, can-can dancers from the Pennsylvania Academy of Ballet, games like bocce and corn hole, and kids’ activities in front of Ardmore Station. Sweets shop Delice et Chocolat will serve a menu of French quiche, crepes, and baked goods, plus a dozen flavors of their signature macarons. Outdoors, the Bercy is serving French-inspired street food (think Merguez sausage sandwiches on house-made baguettes) and hosting a wine garden featuring French and domestic wines, beer, and cocktails; tickets to get into the tasting are $20 in advance or $25 at the door gets you into the tasting. Get them here.

Savona, King of Prussia
Sunday, July 14th
From brunch to dinner, Savona has a full schedule of Bastille Day events planned: Outside, they’re grilling all day, with live music and games. Inside, kick off with a French-inspired brunch buffet between 10 a.m. and 2:30 p.m., then stay for midday happy hour with specials on drinks and bites like short rib pommes frites and duck rilletes from 2:30 p.m. until 7:30 p.m. Or go all out with a prix fixe Bastille Day dinner, served from 5:30 p.m. until 8:30 p.m., with three courses of French delights for $39 per person. Make reservations here.