Jason Cichonski is behind the revival of Messina Social Club — and there are still a few membership spots left in their opening roster. 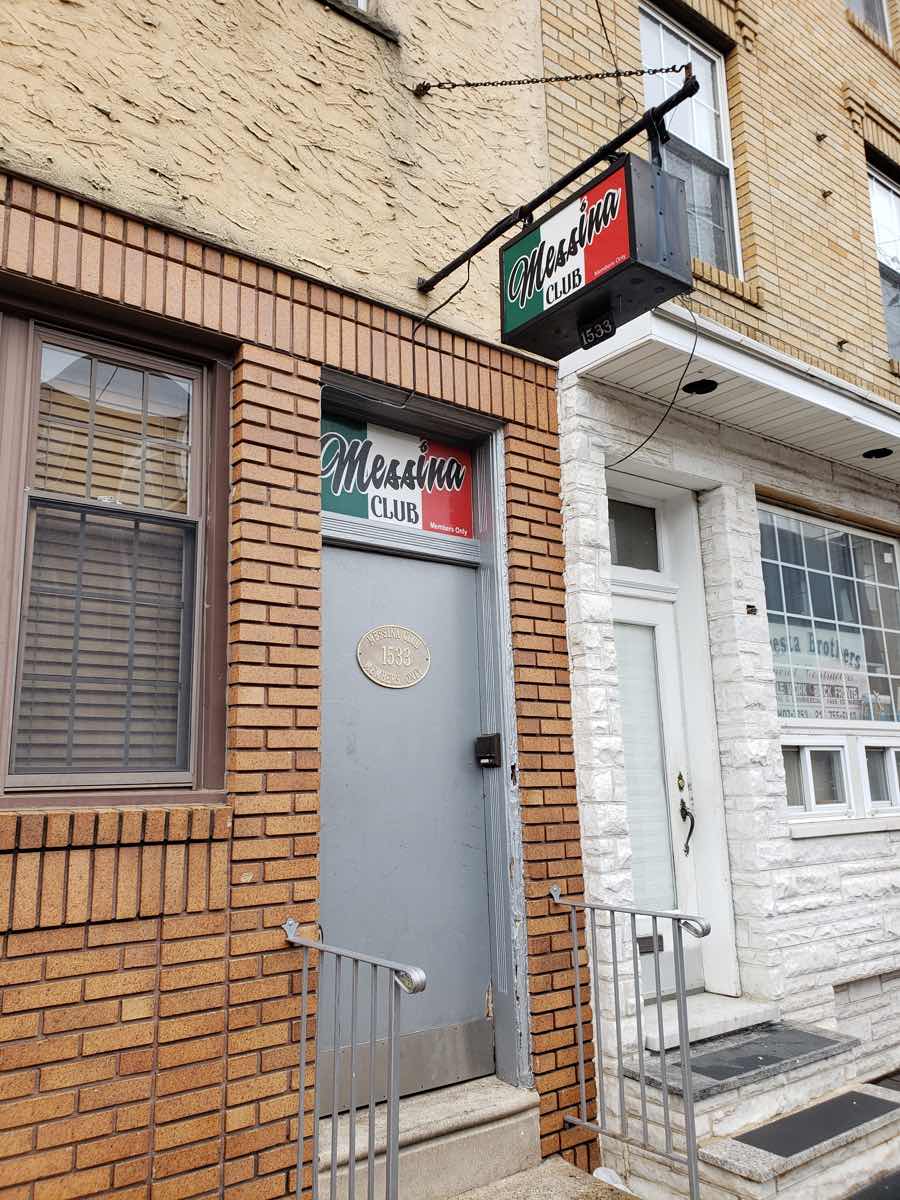 Messina Social Club, a revamp of a 110-year-old South Philly institution, softly opened over the holiday weekend. Chef-restaurateur Jason Cichonski and Ampere Capital Group are behind the revival of the private club, which has occupied a rowhome near 10th and Tasker since 1909.

Cichonski happened onto the space as he was on the hunt for a storefront for his pasta concept. “I thought, ‘This is an awesome spot, but it’s definitely not Little Noodle,'” he said. But the idea of a private club intrigued the chef, so he signed a lease, then spent the next year focused on opening Center City spot Attico before turning his attention to the property.

Messina originally served as a private club and community hub for Sicilian immigrants coming to Philadelphia, with membership dues paying for things like hospital bills and funeral costs for members and their families.

Cichonski hopes to cultivate a similar atmosphere with the new iteration of the club, with dues going to support the local community or charitable causes as determined by membership. But the path to becoming a member is stricter than at nearby Palizzi, which occasionally opens membership to the public.

After the initial membership drive, those seeking to become a member of Messina must be nominated by existing members to be considered. Cichonski hopes that this will help to cultivate community more organically and avoid competition with its neighboring club. “That’s the whole point of these clubs — for people to be in community with each other,” he said. “It’s not us versus you.”

Heading up the kitchen at Messina is chef Mark Regan, most recently of Hungry Pigeon, who grew up with Cichonski in Bucks County and later worked with him at Lacroix. The menu is “almost European comfort food,” Cichonski said, “with a little mix of seasonal whatever-we feel-like kind of thing.” The food menu and drink lists will start out limited, with plans to add more dishes, bottles, and beverages over time based on what club members want.

The space seats 24 in the dining room and another 12 at the bar. Cichonski worked with Ampere’s Kelly Fox, who designed interiors at Attico as well as spots like Liberty Kitchen and Over Easy Breakfast Club, to give the space a facelift while keeping existing touches that had been added throughout its century-plus history.

While Messina is pretty close to hitting its opening membership numbers, there are still a few spots left for potential members to apply for. Founding memberships, which allow for table reservations and first access to special events, are $100, while regular memberships go for $25; members can bring up to three guests each visit. The club is also accepting walk-in membership requests during operating hours for the time being.

Messina Social Club is located at 1533 South 10th Street. Hours are 5 p.m. until 3 a.m. Thursday through Monday and closed Tuesday and Wednesday.