The restaurant chain settled two similar suits in New York last year, while another is ongoing. 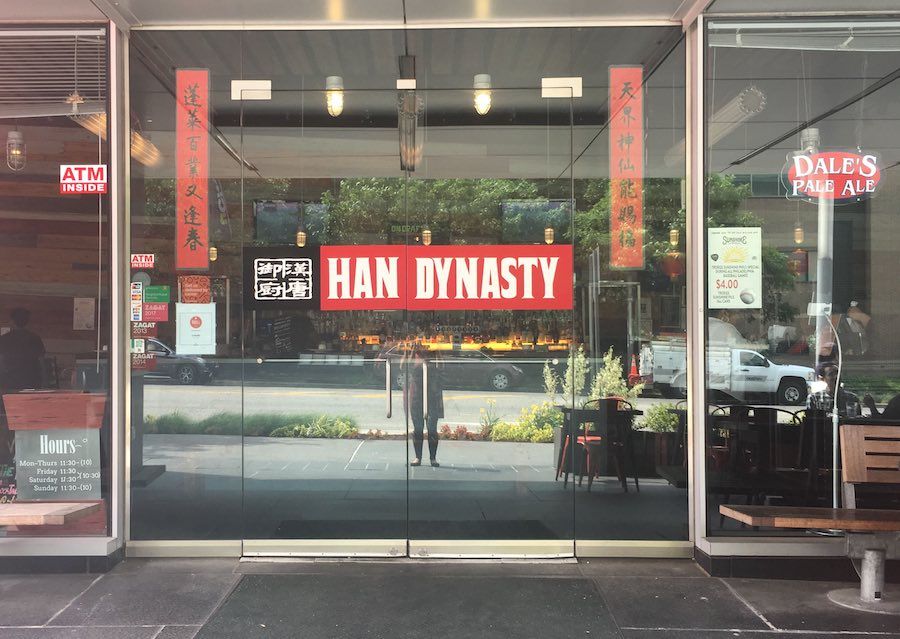 In recent years, prolific Philadelphia restaurateurs like Stephen Starr, Michael Solomonov, and the Val Safran-Marcie Turney team have found their companies targeted in workers’ rights lawsuits. And now popular Szechuan chain Han Dynasty is the subject of a Philadelphia-based lawsuit claiming that workers are owed for overtime and back pay.

The federal class-action suit was filed earlier this week by Junyou Pan and Maisheng Zhang. According to the suit, Pan worked as a cook at the Han Dynasty location in Royersford from March 2016 until May 2018, while Zhang has been employed in the kitchen at Han Dynasty in University City since September 2015.

Pan and Zhang both allege that they worked many hours of overtime that they were not properly compensated for.

The federal Fair Labor Standards Act holds that employees who work more than 40 hours in a given week are entitled to a pay rate one-and-a-half times their normal pay for those hours, but Pan and Zhang say that’s not what happened.

Starr and Olexy: We Only Paid to Make Wage Case Go Away
Zahav Agrees to Pay Servers $230,000 in Class-Action Suit

Pan says that he usually worked 67.25 hours each week, for a total of 27.25 hours of overtime, but he says he was never paid more than his normal rate for those hours.

According to Zhang’s allegations, he routinely worked eleven-hour days at Han Dynasty without a break until February, when the lawsuit says that a one-hour break was instituted. He says that he worked about 65 hours each week and, like Pan, that he wasn’t paid properly for his overtime.

Both men say that there was no system in place to properly keep track of their hours worked — no punch clock, sign-in sheet, or ID scanner — which, if true, would be a violation of Pennsylvania law, according to the suit.

The suit seeks unspecified damages. A representative of Han Dynasty did not respond to a request for comment. There are six Han Dynasty locations in the Philadelphia area and three in New York.

Since 2017, there have been three similar suits filed against Han Dynasty in federal court over some of the chain’s New York City locations. Two of those suits have been settled. One is ongoing.