The magazine's annual list of the country's fresh new spots dropped this morning, and an effortlessly cool Philly concept is ranked number one. 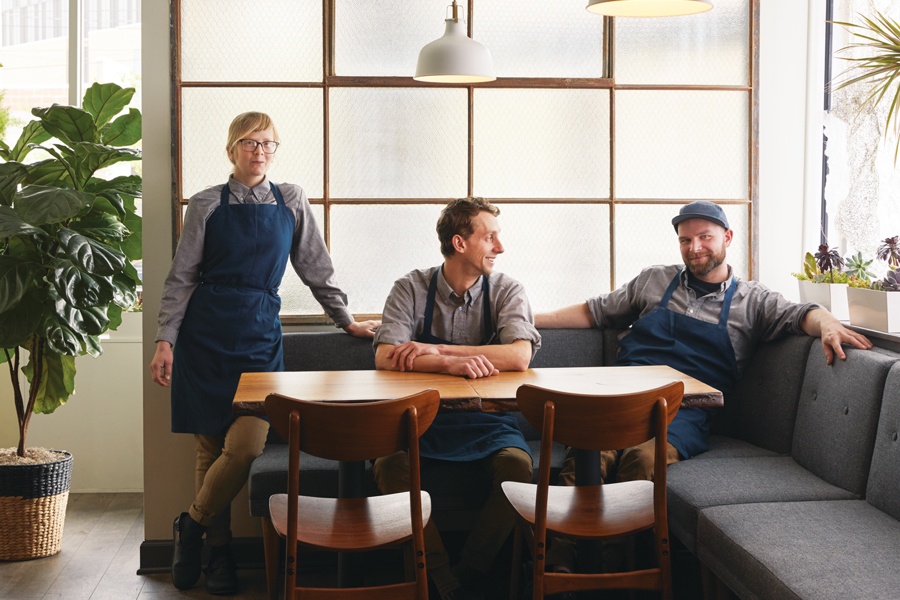 “Simple pleasures and serious food are the point here at Cadence. And for once, you don’t have to choose between them,” wrote Jordana Rothman, F&W‘s restaurant editor-at-large.

Citing Cadence’s “feel-good” quality, Rothman called out menu highlights like herb dumplings with mustard butter, lamb ragu, and cider shaved ice, as well as the familial touches that flow from a tight-knit team of chef-owners that worked together at High Street Hospitality Group restaurants for six years before striking out on their own in 2018.

Rittenhouse mainstay Friday Saturday Sunday also received a nod on the magazine’s Best Bites of 2019 list. Their morcilla creste di gallo — ruffled curls of fresh pasta, named for their resemblance to a rooster’s crest, enveloped in a savory sauce of blood sausage and pork skin — was dubbed Most Soul-Rattling New Pasta.