With Amis Closure, the Remains of the Vetri Family Empire Continue to Crumble

Of the original restaurants acquired by URBN, only two will remain in Philadelphia. 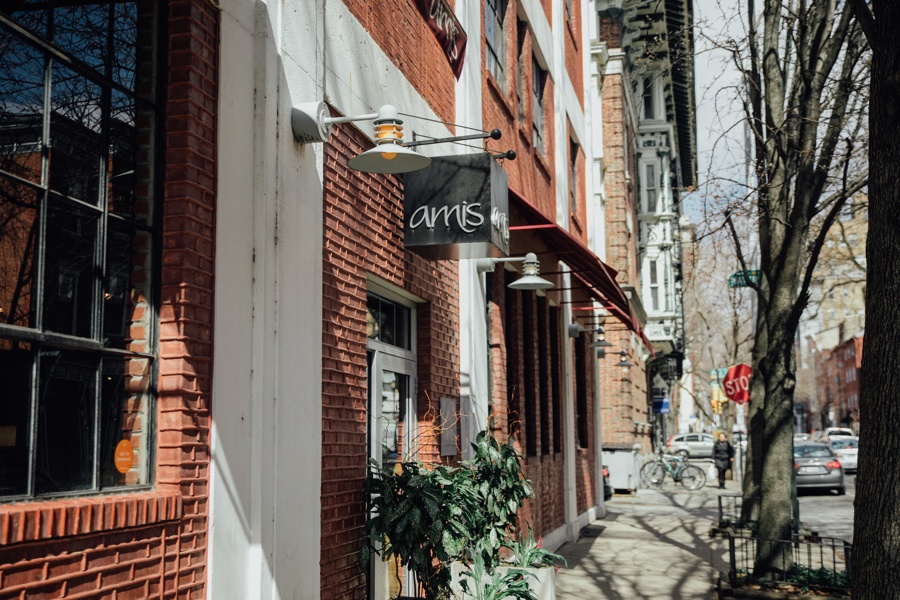 Amis Trattoria, the onetime Vetri Family restaurant with a freewheeling vibe and Roman-inspired menu, is closing at the end of the summer. The move is the latest in the piece-by-piece dismantling of the restaurant empire Marc Vetri and Jeff Benjamin sold to retail behemoth URBN in 2015.

Founding chef Brad Spence, who headed up the kitchen at the Amis flagship at 13th and Waverly Streets for a decade, has left the company, according to Philly.com. The restaurant will close when its lease ends on August 30th.

As of now, an URBN rep tells Foobooz, there are no plans to close Navy Yard spinoff Bar Amis, and Amis locations in Devon and Connecticut will operate as usual — although there are whispers that they may be rebranded under the Terrain name. Pizzeria Vetri, the fast-casual pizza concept that opened in 2013, also remains amongst the wreckage with three Philly locations, although attempted expansions to Austin and Washington D.C. failed.

When Vetri and Benjamin sold the majority of their restaurant group — all but Vetri Cucina, which established the chef as one of, if not the best in the region — to URBN for a little under $20 million four years ago, no one quite knew what to expect. For two years, it was business as usual, with the Vetri team running operations. As part of URBN, they opened new concepts like Terrain Garden Cafe and turned Lo Spiedo into Bar Amis; they also expanded Amis Trattoria and Pizzeria Vetri outside Philly.

Then, in late 2017 — shortly after announcing a deal for to open a Vetri outpost in Vegas — Vetri peaced out, following Benjamin’s departure four months before.

At the time, Vetri said there were no hard feelings between him and URBN — “I feel that I had made the most impact that I could, and I had sort of led them to where I thought that they needed to be” — but that he didn’t know what was in store for the concepts he was leaving behind.

That became pretty clear pretty quickly, with the exit of Osteria chef Jeff Michaud, who bought back the concept in partnership with restaurateur Michael Schulson in January 2018, then the sudden closure of North Broad neighbor Alla Spina a few weeks later.

We certainly don’t feel sorry for Vetri, who — in addition to presumably making a serious chunk of change in the URBN deal— seems to be having the time of his life building a new legacy.

Since striking back out on his own, the chef has partnered with innovative young purveyors like Primal Supply Meats and celebrated two decades of Vetri Cucina with some of the world’s top chefs. He’s working on new restaurants in homage to iconic Philly landmarks and acting as culinary advisor for the city’s new elite members-only club alongside his old partner.

But as the remains of the empire Vetri built crumble, a vital, exciting era of growth in Philadelphia’s restaurant scene slowly comes to an end. And it’s hard not to feel some kind of way about that.