Aether should be a great new addition to Fishtown’s restaurant scene. I can’t understand why it isn’t. 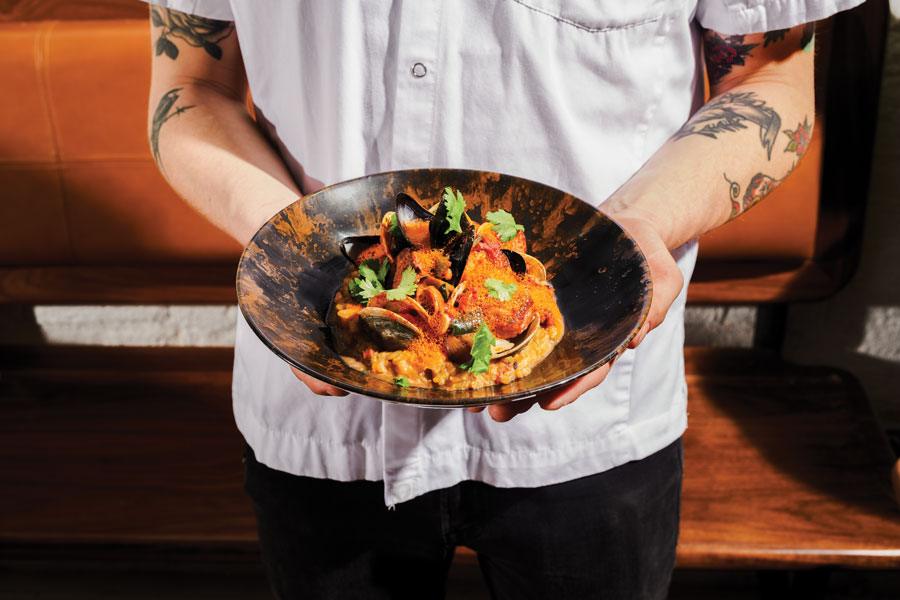 I honestly don’t know what to tell you about Aether.

I’ve been thinking about it for days — conflicted over what I experienced and what I know to be true.

That the restaurant is beautiful, there’s no doubt. With its marble-topped bar and handcrafted light fixtures, it’s very much a space for this moment. It’s comfortable, welcoming, crowded. Name a night; the dining room is probably fully committed, no walk-in seats save at the bar, which is always held open for neighbors, procrastinators, and spur-of-the-moment diners.

ORDER THIS: Cocktails, oysters, snacks from the raw bar — and leave it at that.

The service at Aether seems genuinely concerned that I am having a nice dinner. In every interaction, I’m well taken care of, my questions answered.

Aether has the vibe of a good restaurant, on the cusp of becoming indispensable. The other people there all seem to be enjoying themselves. And I’m not saying they’re lying. Maybe they all just really love oysters — with which Aether is well stocked, East and West Coast, Kusshi and Raspberry Point. Maybe they just really love their cocktails, which would make sense because I really like my cocktails, too. The Mr. Howell with gin and ginger. The New Jawn with cognac and mezcal cooled out with apple simple syrup. Maybe it’s just the glee of playing with the Pretty New Thing, which Aether absolutely is.

But it isn’t a good restaurant. And this confuses me, because it really should be. 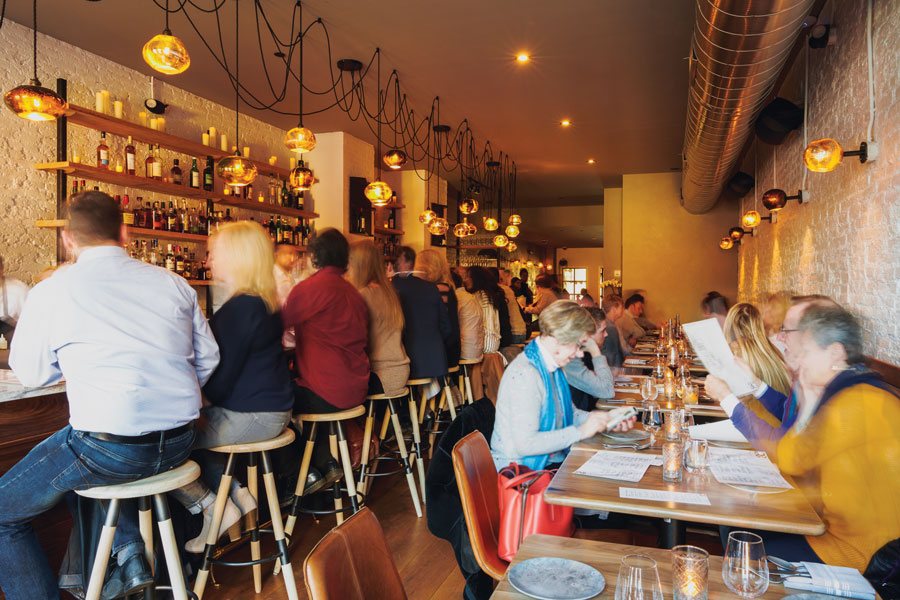 The dining room at Aether | Photo by Ian Shiver

It’s run by the team behind Elements and Mistral in Princeton, which are great, daring, modern restaurants, and the other Mistral in KOP, which I liked more than anyone should like any mall restaurant ever. Chef Scott Anderson has a James Beard nomination behind him. And co-owner and face of the operation Fia Berisha has opened three other restaurants that have succeeded despite their complexity, their border-hopping multicultural fusions. These are people who know what they’re doing. Who have succeeded beautifully before against worse odds than those offered to a big-money seafood restaurant in one of the most booming neighborhoods in Philly.

And yet, I’m given shrimp toast that is ugly as sin, thick, grill-black, mounded up with mushrooms and roasted cauliflower, asparagus tips, yellow curls of something that might be mango, something else that might be yogurt (but tastes like curry), shrimp blackened with chili powder, and all of it tasting murkily of every other thing so that, really, it tastes like nothing at all. A falling-to-pieces mess of competing, antagonistic flavors and textures.

I’m given ceviche (which, it should be noted, I didn’t ask for, because I ordered the tartare) that is just terrible. Long, badly cut strips of fish swim in what is essentially a cold soup into which chunks of avocado are slowly dissolving. There are chilies, pickled onions, cilantro leaves — all these distractions that can’t even remotely distract from the fact that this is scrap and trim (some pieces with bits of fish skin still attached) barely acid-cooked in this hellbroth of terrible ideas and worse technique. Ironically, on the night I’m finally allowed to eat the tartare, it’s actually very good, restrained, lovely with its sour labneh, sorrel chutney and blood. 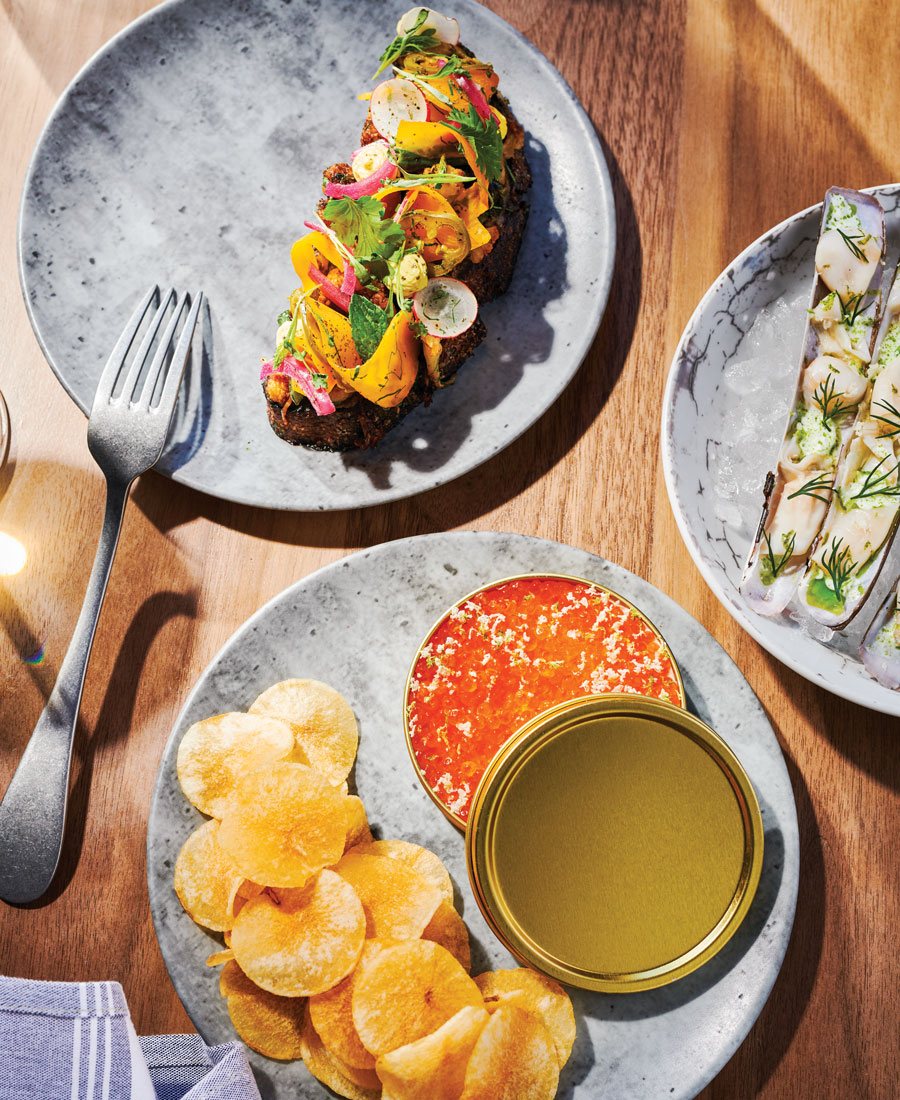 Also, I’m not saying a $28 lobster roll is where Fishtown dies — where the climb of gentrification from beards and bike shops to Gucci and wine bars turns it, finally, into Rittenhouse North — except that, kinda, I am.

It went on like this. The scallop is almost like a criticism of dying food trends, served with a bacon vinaigrette, frisée, roasted brussels sprouts and cipollini onions. The pastas are afterthoughts. The ocean trout comes as a fist of salmon-colored protein, the skin crackling with mustard seeds, with some nicely roasted winter root vegetables and a raita that’s delicious. But there’s little about it that I love, and nothing that would make me want it again. I like it simply because it isn’t as bad as everything else I’ve eaten. Simply because I don’t have to fix my face in a smile and eat through waves of loathing.

I just don’t understand. Different nights, different meals, but the same results: a restaurant that should work but doesn’t. A raw bar that understands the value of restraint and presenting food simply (as massive seafood towers or plates of oysters going out naked, the seafood allowed to simply be good all on its own) and a kitchen that seems to have lost its goddamn mind.

I wanted Aether to work. And I still think there’s a chance the crew could take a cleansing breath and remember the importance of simplicity, clarity of flavor, expression of technique. This could be a great restaurant.

But right now, it’s just friendly and pretty and busy. And that isn’t enough.

One Star: Come if you have no other options