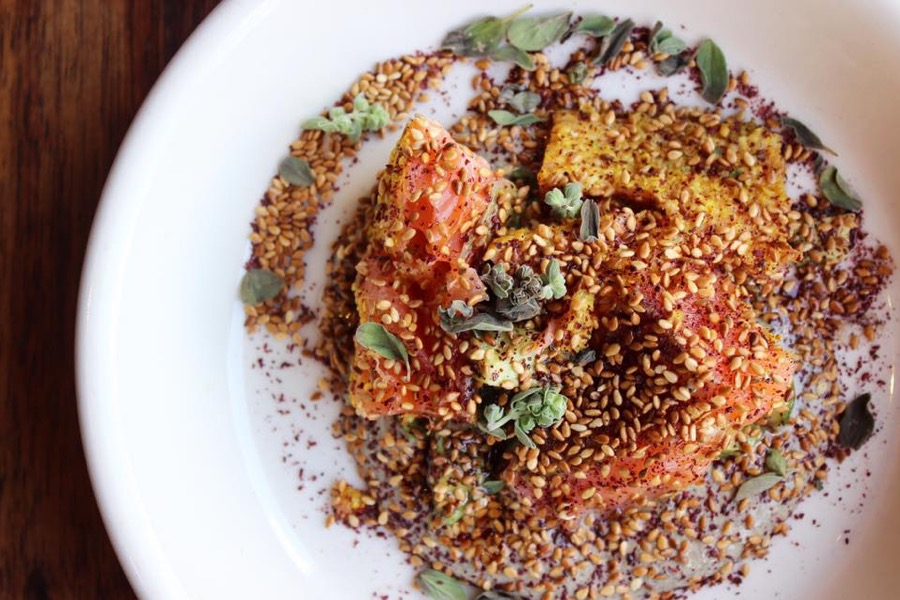 The 2019 James Beard Awards were held on Monday night, and Zahav took home Philadelphia’s sole medal with a win in the Outstanding Restaurant category.

Philly went into the ceremony — the Oscars of the culinary world — with a handful of hometown heavy hitters up for prizes.

It seemed at times during the ceremony that the city might get shut out of the awards; after a strong showing in 2017, Zahav pastry chef Camille Cogswell was 2018’s sole Philly winner. But at nearly the end of the night, owners Michael Solomonov and Steve Cook headed onstage to accept their medal with a big crew from the restaurant, including Cogswell and general manager Okan Yazici, who delivered a moving speech before Cook and Solomonov made remarks.

“Zahav became so many things to me, as an immigrant who got a job, it became a home, a shelter, security for me,” said Yazici, who started at the restaurant as a busboy 10 years ago.

“We want to thank the city of Philadelphia for being so supportive,” Cook quipped, “but not too supportive, because that’s not Philly.”