Philly's oldest craft brewery is the first to turn its beer into a staple pantry ingredient with a tangy, complex flavor. 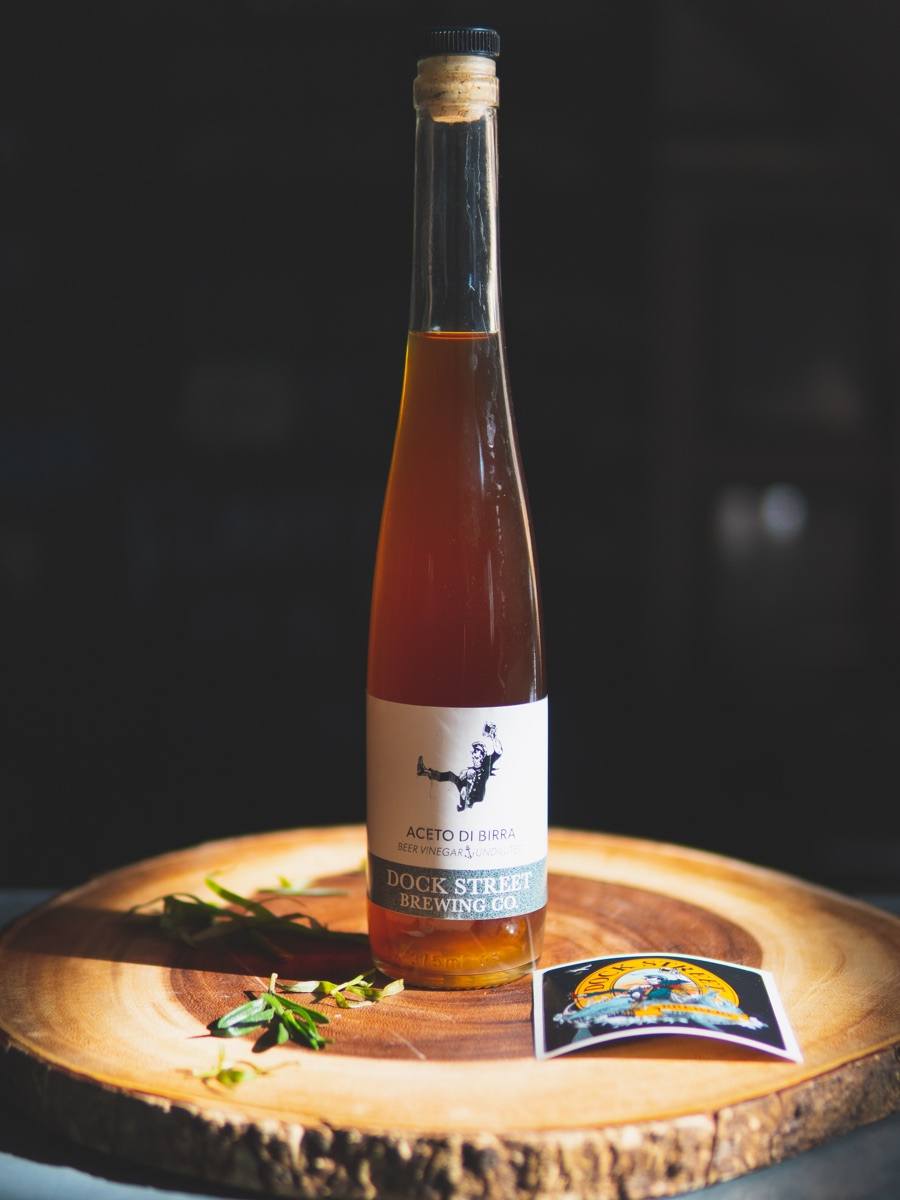 Beer is everywhere in food. We use it to add flavor while cooking sausages, incorporate a splash or two into pots of bubbling fondue, add the beverage to batters before dredging and frying fish or chicken. And with Dock Street Brewery’s new beer vinegar, you can add making vinaigrettes and seasoning fries to that list.

After experimenting with making his own vinegar at home, Dock Street brewer Eddie Lopez spent a year tinkering with recipes using Rye IPA, one of their flagship beers, as the base for the vinegar. (Vinegar is simply alcohol that’s been converted into acetic acid by bacteria.) That 20 percent rye in the recipe gives the finished product a pleasantly toasty flavor and an earthy finish. 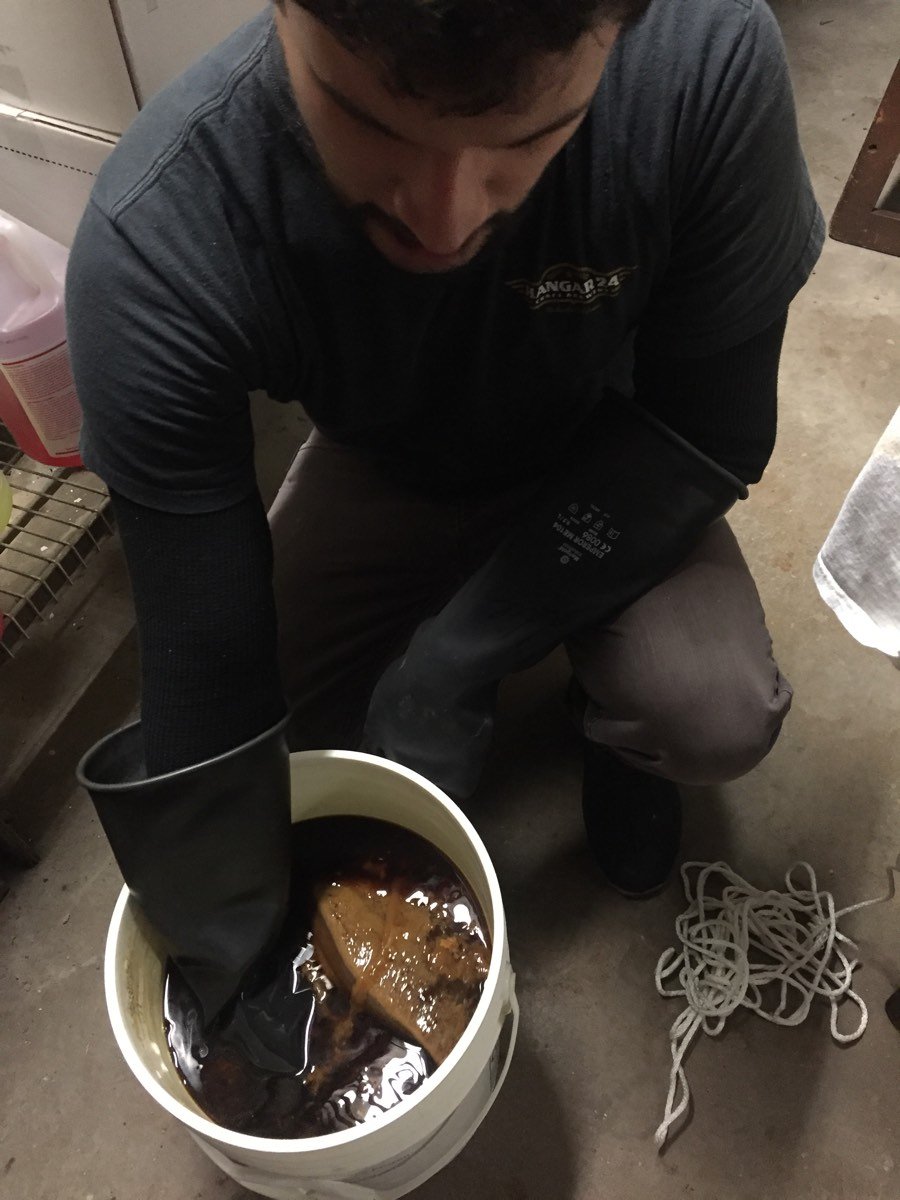 “We’re always trying to see what else we can do with bacteria and yeast,” said Marilyn Candeloro, vice president at the brewery. “We got confident enough to try making vinegar thanks to having Eddie around. He understands yeast and bacteria more than anyone.” Lopez will use the “mother,” the blobby later of acetic acid bacteria that forms during the production process, to produce future batches (the same slimy stuff is at the bottom of the bottle of Bragg’s apple cider vinegar in your pantry).

Use Rye IPA in a simple vinaigrette to complement salad greens like zingy arugula, splash some into a pan of braised greens to add brightness right before serving, or add a dash to liven up a pan sauce. You can also use it as a condiment: the vinegar makes a more delicate substitute for traditional malt vinegar when you’re digging into French fries or battered, fried fish.

Dock Street’s first run of Rye IPA vinegar is limited to just 48 bottles. You can grab yours at the brewery and taproom at 701 South 50th Street in West Philly or at weekend farmers’ market stands at Fitler Square, Headhouse Square, and Clark Park (check the brewery’s market schedule to see where they’ll be when).