Duck Wings, the Jawnion, Avocado Toast, and Other Things to Eat in Philly Right Now

The Philly menu items you should try this month, ranked. 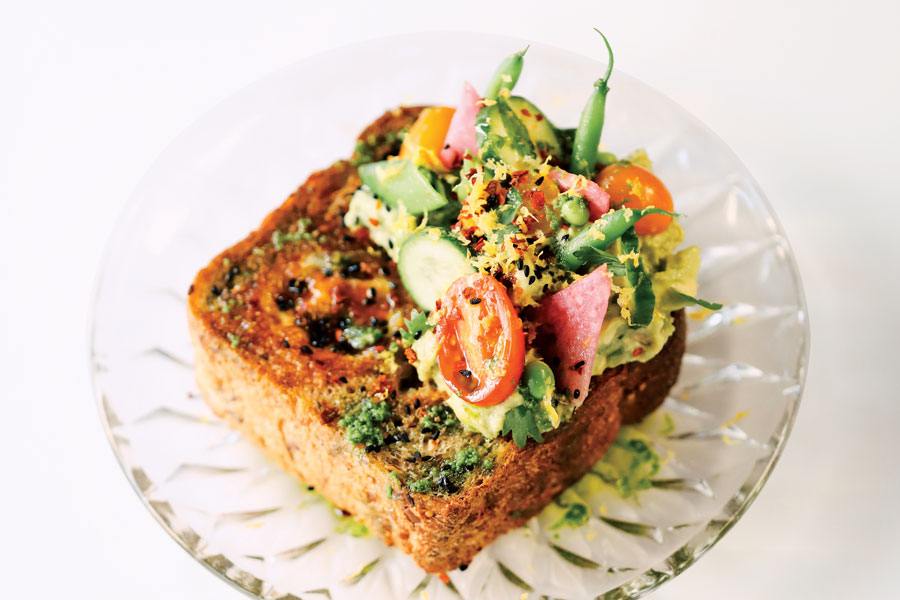 This eatery is by no means a pizza place; it’s a tiny bakery and bistro owned by three brothers. Yet Alejandro Tapia, the baker of the bunch, decided to make pizza one day, and his bubbly, crusty, extra-cheesy pie has become one of the best in the city (a bold claim we stand by). 1800 South 4th Street, Pennsport.

This tiny shop right off Girard isn’t much to look at. But you don’t go for the ambience; you go for the technicolor gems of masterfully prepared sushi and sashimi. If you close your eyes, you’ll swear you’re in Tsukiji Fish Market instead of under the El. 1204 North Front Street, Kensington.

The fourth Sixers-inspired collab between the sports-centric restaurant and Conshohocken Brewing Company is made from three different hops (Citra, Calypso and Cascade) to pay homage to the team’s triple threat: Embiid, Simmons and Butler. It’s got just enough bitterness to offset the sweetness of victory. Bonus: It’s $5 a pint during Sixers games. 1511 Locust Street, Center City.

We know avo toast is tired, and we vowed to never Instagram it again. But then we saw this one, with an “egg in a hole” and harissa tomatoes: flavorful and photogenic. (And another resolution is dead.) 220 South 17th Street, Rittenhouse.

5. The Morning Bun at Fiore

All the scratch-made pastries at this new cafe will elicit drools. But go for the Morning Bun, laminated with brown sugar and tossed in cinnamon, sugar and anise seeds. It may sound like dessert, but the word “morning” automatically makes it breakfast-appropriate. 757 South Front Street, Queen Village.

This industrial-chic bar inside Philly Distilling — home of Bluecoat gin — is one of the most civilized spots to do cocktails in the city. And now, with the arrival of chef Zach Campbell (formerly of Serpico), there are swanky snacks to match. The duck wings are deep-fried to order, then tossed in a tamari, lime and sambal chili glaze. 25 East Allen Street, Fishtown.

An onion opened up like a flower, dredged and deep-fried — sounds delicious. And familiar: When this new bar (from the Walnut Street Café team) put a version of Outback’s Bloomin’ Onion™ on its menu (the Post’s was originally called Boomin’ Onion), it earned a cease-and-desist from the chain. So the Post ran a social media contest for a new name. We were pulling for “BenjONION Franklin,” but this works, too. 129 South 30th Street, University City.

The Main Line was sorely lacking a solid Thai spot, and this cute new BYOB has volunteered for the job. Vegans and omnivores alike will love the crispy taro app, with honey-peanut dipping sauce. 333 East Lancaster Avenue, Wynnewood.

Published as “The Menu” in the April 2019 issue of Philadelphia magazine.