Cookbooks featuring recipes from the chef-owners of Laurel and Palizzi Social Club will drop later this year. 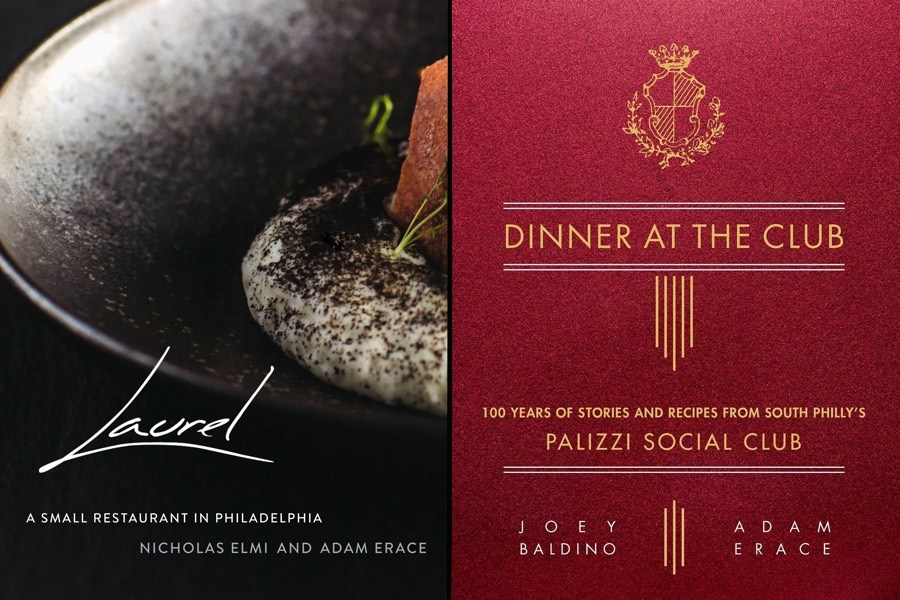 Laurel: A Small Restaurant in Philadelphia and Dinner at the Club | Photos courtesy of Nick Elmi and Joey Baldino

Want to cook like a top Philadelphia chef? Two new cookbooks from two of the highest-rated restaurants in the city are coming out this fall to help you do just that, and they’re available to pre-order now.

Laurel: A Small Restaurant in Philadelphia is chef Nick Elmi’s first cookbook, putting the chef’s refined yet modern recipes for dishes like bourbon glazed grilled lobster and marigold-compressed kohlrabi in the hands of ambitious home cooks.

Also on deck for 2019 is Dinner at the Club: 100 Years of Stories and Recipes from South Philly’s Palizzi Social Club from Joey Baldino, owner of the exclusive century-old Passyunk Square private club as well as Zeppoli in Collingswood.

Both chefs are co-writing their books with Philly-based food writer Adam Erace, and both are being published by Running Press Adult.

You can pre-order Laurel: A Small Restaurant in Philadelphia now in advance of its September 2019 release date here. Pre-order Dinner at the Club, which comes out in late October, here.