Liberty Kitchen, a Deli, Market and Event Space, Is Opening in Fishtown

The locally-focused concept will also serve as a commissary kitchen and host classes and dinners in its "pop-down" space. 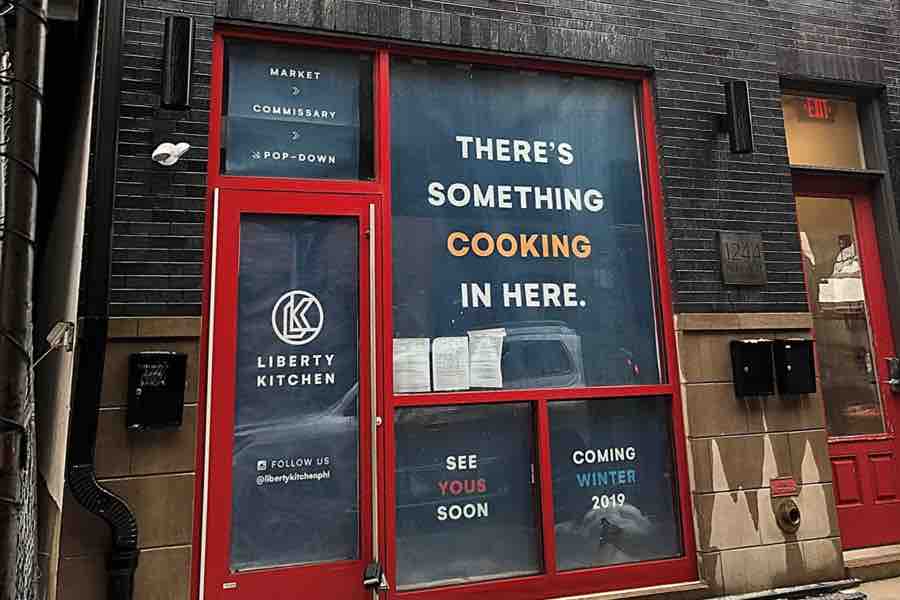 Liberty Kitchen, a new locally-focused market, commissary, and event space, is set to open next month in Fishtown.

The concept at 1244 North Front Street was conceived by co-owners PJ Hopkins of Brine Street Picklery and Matt Budenstein, a cheesemonger and chef, to address the shortage of affordable, quality commercial kitchen space for food artisans in the city and provide a retail space to sell their products.

Hopkins experienced this firsthand while growing Brine Street, which makes products like a spicy hoagie relish and Yards IPA-infused pickle spears. He connected with Budenstein, who had been working with local breweries to host pop-up cheese and beer tastings, last year.

“The shared kitchen and retail concept just made sense for us and our partners,” Hopkins said. “By pooling resources and splitting time in the commissary, all the companies involved are able to benefit.”

Other local makers like kombucha outfit Funky Fresh Ferments, Old City Cheese Co., and Side Project Jerky have already signed on to utilize the commissary space. Products from the commissary tenants will be stocked upstairs in the market, along with other local products and grocery staples.

In addition to cheese, charcuterie, and deli meats, the market will feature a menu of causal fare like hoagies, tomato pie, macaroni and cheese, and vegetarian “Buddha bowls” designed by Budenstein. Funky Fresh’s kombucha and cold brew from Green Street Coffee will be on draft.

Hopkins and Budenstein are looking at a March opening. For now, they’ve got a pop-up cider dinner previewing some Liberty Kitchen menu items scheduled at Martha for Tuesday, February 19th at 7:30 p.m. See the menu and grab tickets here.

They’re also looking for more food businesses to get involved, so chefs and makers interested in the commissary or holding events in the space should get in touch at libertykitchenphl@gmail.com.