The news comes after a — now-banned — club member tried auctioning off a membership card on Ebay for $200. 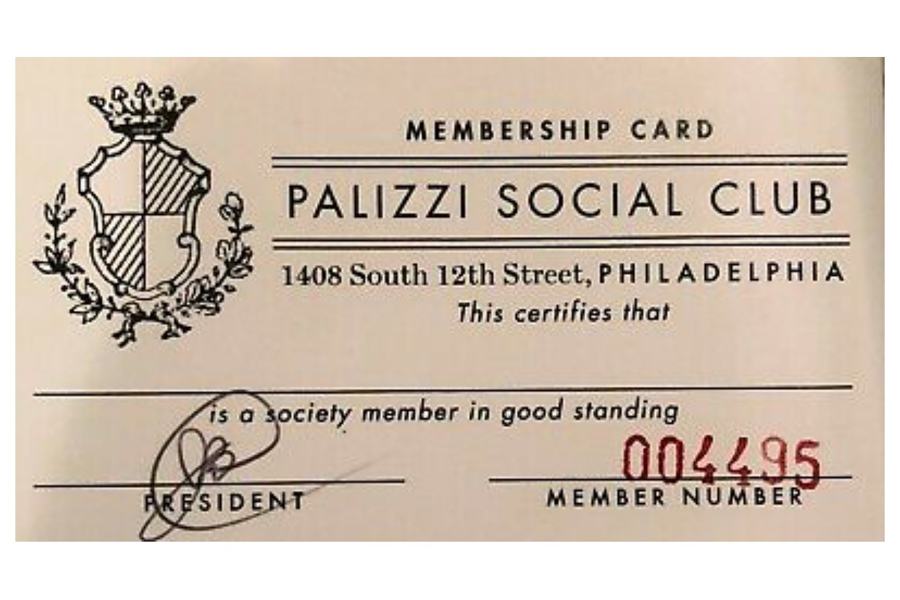 Yesterday was a monumental day in Philly restaurant history, because yesterday, someone tried selling a membership card to South Philly’s beloved members-only restaurant, Palizzi Social Club, on Ebay for $200. Meaning, the Philly restaurant scene has its own black market.

The restaurant’s manager, Guido Martelli, received a tip about the auction and immediately brought it to Joey Baldino’s (chef, owner, and club president) attention. “We keep a really good record of the memberships we sell,” said Baldino, “so we were able to ban the person who sold it, and we banned the person who bought it, too.”

“That’s not what this place is about,” said Baldino. After Bon Appetit named it one of the best new restaurants of 2017, Palizzi stopped issuing new memberships to the public. If you wanted your own membership, you had to, first, get in with another member, and hope to hell that they have a good, trusting relationship with the staff so that they could recommend you.

Over the holiday season, Baldino sold a few cards to members to give away as gifts. The cards didn’t have names on them (like blank checks) but still had their respective membership numbers. Membership 004495 was logged, and is now banned forever.

Attn members: It is illegal and against club policy to sell unmarked or attempt to transfer membership cards. Anyone doing so will be permanently banned, along with the person who recommended them, and the person who purchases such a card. Moving forward you must present your valid I.D. with your membership card at the door. We will begin accepting new members in March. More info to come.

Here’s the kicker: Baldino tells me he was planning to sell memberships again in March. He says that they’ll still be $20 at the door.

Sucks for the person who wasted $200 on one that they’ll never get to use.