Lunar Inn, a Neighborhood Bar and Restaurant, Will Open in Port Richmond

The new Richmond Street concept from a crew of Philly industry veterans will include a bottle shop out back. 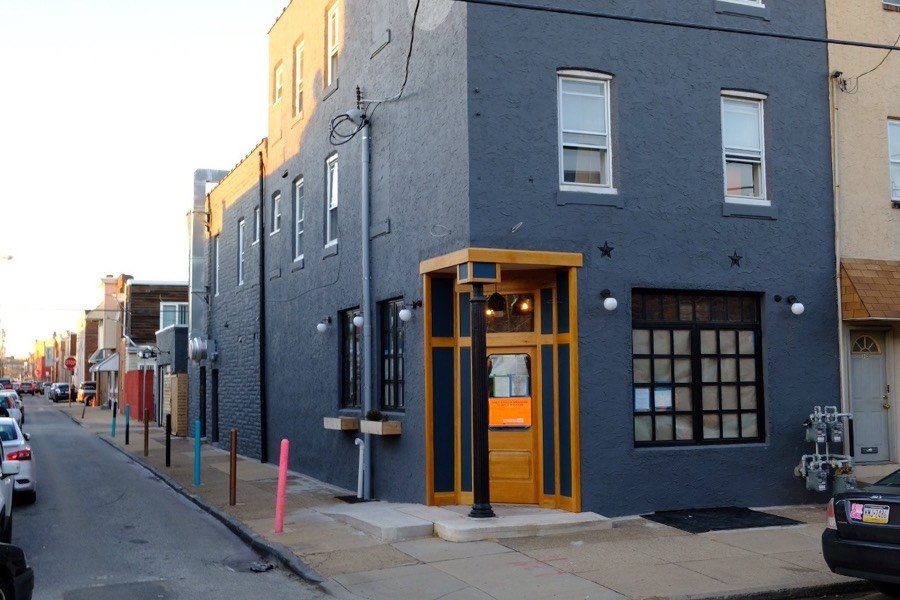 A crew of Philly industry veterans have partnered with one of the River Wards’ hippest design-and-build firms for a new neighborhood bar, restaurant, and bottle shop in Port Richmond. Lunar Inn is set to open this spring at 3124 Richmond Street, one block south of Allegheny Avenue. (We first reported on the concept last spring when it was going to be called Tiny’s — more on that below.)

The space is “about 90 percent done,” according to Kovach. It’ll have around 45 seats and a partially open kitchen, with a 100-year-old mahogany bar reclaimed from a shuttered Masonic lodge in Maine and a subtle midcentury aesthetic with design elements that nod to the bar’s space-age name. There’s a small courtyard out back as well as a garage facing Clementine Street, which will become Tiny’s Bottle Shop, offering takeout beer and wine.

In terms of drinks, the owners are shooting for a beverage list that’s both thoughtful and accessible and looked to spots like Fountain Porter and South Philly Taproom for inspiration.

“Our philosophy is to have a good range of options,” said Kovach. “We’re all beer and wine nerds, but our intent is to be a neighborhood bar that’s comfortable, welcoming, and accessible for anyone who walks in.”

They won’t be hiring a head chef, but Ellis and a friend are heading up the menu. After hearing from neighbors about how few food options there are in the neighborhood, they decided to beef up their dinner options from bar snacks to a slate of more substantial, veggie-centric dishes that Kovach jokingly describes as “stoner food for 40-year-olds.”

That means fare like roasted poblano pimento mini cheese balls, clams with spicy beer broth, chickpeas and pickled jalapeños, and roasted carrots with cumin, turmeric hummus, dried fruit and pistachio pesto, as well as bar basics like fries and kid-friendly selections. Service will kick off with dinner, then brunch.

The owners are hoping to get everything open by late-March or early April.