A new franchise of the regional sandwich shop is moving into the elegant space once occupied by the now-shuttered French bistro. 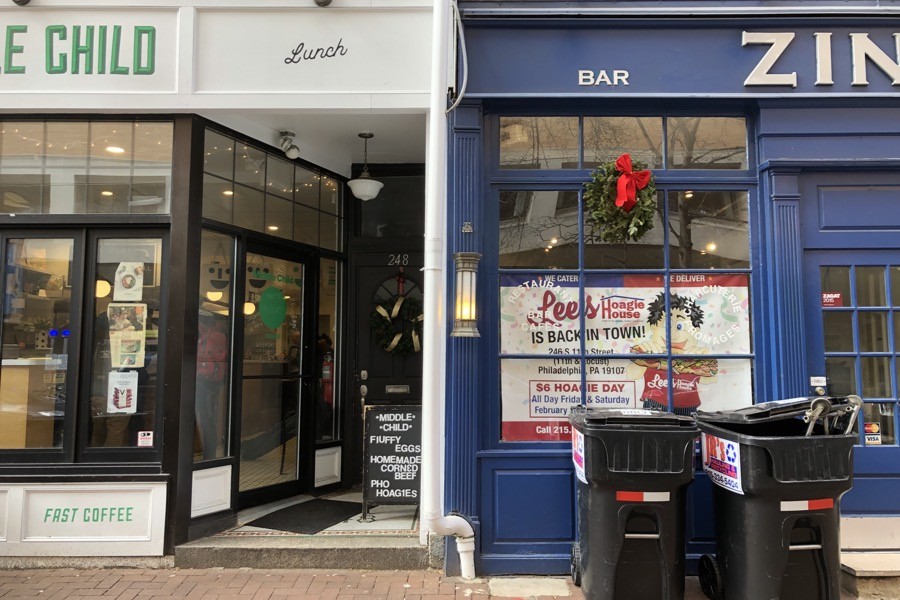 After 15 years at 246 South 11th Street, French wine bar Zinc shuttered at the end of 2018. We hoped we might see another great restaurant occupy the property next, seeing as Washington Square West — with its dense population of workers, students, and patients over at Jefferson — tends to cater to the daytime eater, with lots of lunch spots and coffee shops and not so many exciting dinner options.

Well, the new tenant’s already in place, with an opening date set. And it’s another sandwich shop.

A new franchise location of Philly-area sandwich shop Lee’s Hoagie House is slated to open in the space over Super Bowl weekend — right next door to newly-minted 50 Best Restaurants entry Middle Child and within a few blocks of chain sandwich spots Wawa, Primo Hoagies, and Subway.

The owner of the new Lee’s is Josh Waxman, who also owns a location on the Temple University campus. The 23-year-old Waxman grew up in the business; his father owns locations in Abington and Horsham, and he’s been working at Lee’s since he was 10 years old.

“Middle Child is gourmet sandwiches, but we’re hoagies and cheesesteaks. Hours-wise, they’re more of a breakfast and light lunch place, and we’re more of a heavy lunch and dinner place. They close at three and I’m open till eight,” Waxman said.

An even weirder result of Lee’s taking over the erstwhile French restaurant’s elegant space? Some elements of Zinc’s design just might influence the new, uniform franchise design of future Lee’s Hoagie Houses.

Waxman, who also heads up brand development for the company’s franchise locations, said that he loves Zinc’s exposed brick wall and plans to make it part of the design for franchise locations going forward (before 2014, each Lee’s Hoagie House had its own look).

The Wash West Lee’s is set to open with $6 hoagies all day on Friday, February 1st and Saturday, February 2nd.