Philly Dining 2018: The Year That Glitz Let Us Down
Subscribe
Follow
I'm a scraper
This search result is here to prevent scraping

Philly Dining 2018: The Year That Glitz Let Us Down

Looking back on Philly's year in restaurants — from the small, bright stars on the scene to the big, glitzy spots that were just a little bit lacking. 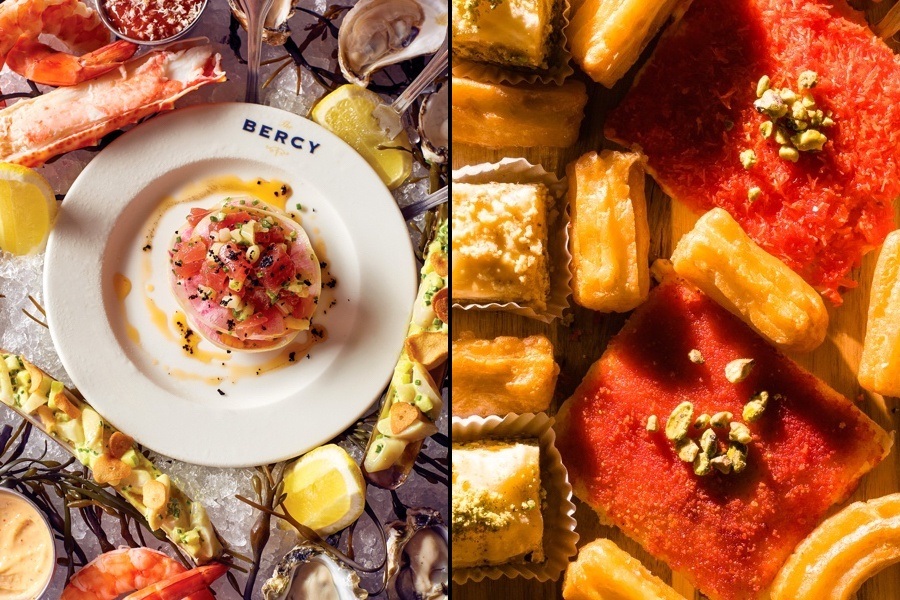 2018 has been a weird year for Philly restaurants.

I’ve had some great meals. I’ve had some truly awful ones. I’ve had a few that’ve been interesting — that’ve transcended the normal grind of criticism and stuck with me for days and weeks after the final check has been paid.

I remember bringing brisket to my father-in-law from Mike’s BBQ and eating it standing up in his kitchen while discussing the generally sorry history of barbecue in Philly. I remember the incredible feeling of palpable street-hustle and DIY cool that clung to every surface at Pizza Gutt, and the time I went to Bishos for lunch, ordered, walked out the door with my food, turned around, came back, ordered more, then ordered even more just because I kept seeing more and more interesting things that I wanted to eat immediately. I will always smile when I think about how the woman working behind the counter there laughed at me.

But honestly, those interesting ones? They’ve been preciously few. And what’s more concerning is that almost none of them came from expected places.

And I don’t know… Maybe that’s the way it’s supposed to work? Maybe in a regular year (for a regular person) the vast majority of things you eat are just fuel — unremarkable and unremembered — and then a few sublime bites stand out as exceptional. Maybe I’m asking too much. Maybe needing a restaurant to offer anything more than a good meal at a reasonable price is falling into a trap of unreasonable expectation. But if it is, it’s one that the decade-long growth of Philly as a dining destination has primed me for.

But what’s bothering me right now, in this looking-back kind of mood I’m in, is the number of fancy or highly-anticipated or exquisitely pedigreed restaurants that left me feeling completely ambivalent this year — that disappointed simply by being not nearly as good as they should have been. The Bercy had a plastic heart. Spice Finch was built for Instagram, with about as much depth as a Polaroid. Oloroso was torn between desire and commerce. TALK felt like a play about being at a restaurant with no one in the audience, and Louie Louie was just a goddamn disaster all the way through. The small things, the weird things, the out-of-the-way discoveries (like the cheesesteak place I went to in Frazer — John’s Pizza — that had signed photos on the wall from Paul Anka, the Supersuckers and Tony Danza)? They’re always gonna stick in my brain. But if Philly failed in something this year, it was in delivering on the big-name glitz.

If I had to pick a single, gestalt weakness in Philadelphia dining right now, it would be the wheezing exhaustion that seems to exist in the top end of our restaurant scene. A palpable sense that our biggest names have (finally) become winded after the incredible marathon they’ve run for the past few years, opening dozens upon dozens of restaurants that have turned this city into one of the best dining destinations in the country.

But I’m not worried. Because maybe this city has had enough glitz for a while. Maybe we all need a little time to settle in with what we have and, in the meantime, to appreciate the littler things that Philly has always done well. Right now, what we need (and what I’d like to see in 2019) are more great pizza joints, more Palestinian restaurants and barbecue, more midnight Chinese and cheap pancake joints and weird, bootstrapped one-offs by talented chefs that no one knows, cooking food that only they can cook, in neighborhoods badly in need of their talents. I’ll trade a year’s worth of glossy, 80-seat Rittenhouse bistros for khachapuri and scallion pancakes. I’d sleep just fine without another splashy taqueria, another million-dollar fusion restaurant, another overpriced and lamely inauthentic stab at some traditional cuisine that’s already being done better by cooks working in a strip mall in Olney or a rowhouse in West Philly. Our old guard needs a breather — some time to re-trench, polish and focus on what we have. I’d be okay if we went the entire length of 2019 without seeing a single opening from any of Philly’s big-name chefs.

Unless, of course, one of them was a far-suburban cheesesteak joint endorsed by Tony Danza. Because I’m not sure this city could ever have enough of those.