13 Philadelphia Restaurants Serving the Feast of the Seven Fishes

All the places in Philly and the Main Line to get the seafood-centric Italian dinner that's traditionally served on Christmas Eve.

If you celebrate Christmas, you’re familiar with some iconic holiday foods: candy canes, cookies and milk put out for Santa, eggnog, maybe oranges and nuts in your stocking. But in many Italian-American households, Christmas Eve means seafood — specifically, the Feast of the Seven Fishes, a meal that celebrates the season while adhering to the Catholic tradition of avoiding meat on certain days of the year.

If you’re planning to cook up your own seafood-centric feast at home, head to Giuseppe’s Market in deep South Philly, the retail outlet of fishmonger Samuels and Son while their Ippolito’s storefront in East Passyunk is closed for the season, for everything you need from clams to crabs to whole fish. But we don’t blame you if you’d rather leave the prep to the professionals. Here’s a list of Philly restaurants that are serving their take on this traditional Christmas Eve meal over the next week.

Amis, Midtown Village and Devon
This year, Amis will offer its Seven Fishes menu (plus dessert) at both its 13th Street flagship and Main Line location at Devon Yard on Sunday, December 23rd. Reservations are $75 per person, with the option to add wine pairings for an additional $35. The menu starts at Amis in Philly starting at 4 p.m. and at the Devon outpost starting at 4:30 p.m. Make reservations for Philly (required) here and for Devon (recommended) here, and check out the menus here.

Hearthside, Collingswood
Chef-owner Dominic Piperno and his crew are serving a four-course, family-style take on the Seven Fishes concept with dishes like crispy calamari, linguine with clams, and grilled bronzino for $75 per person on Sunday, December 23rd. Call 856-240-1164 to make a reservation for four to 12 diners, and don’t forget to BYO. 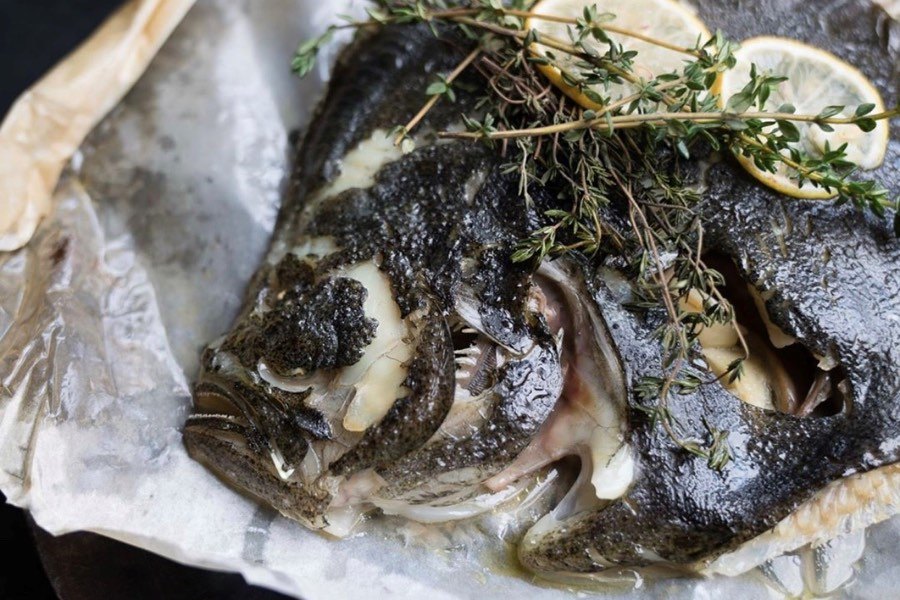 Fork, Old City
Chef John Patterson has an epic farm-to-table seafood menu planned for Monday, December 24th, for $85 per person, with dishes like locally raised Sweet Amalia oysters, baked clams, a bitter green salad with pickled anchovies, and crab spaghetti. It’ll be the only menu offered between 4 p.m. and 8 p.m. on Christmas Eve. See the full menu here and make your reservation here.

Teca, Newtown Square
The Italian spot will offer specials inspired by the Feast of the Seven Fishes in addition to chef Chris Scarduzio’s à la carte menu from 12 p.m. until 8 p.m. on Christmas Eve, Monday, December 24th. Call the restaurant at 484-420-4010 to make your reservation. 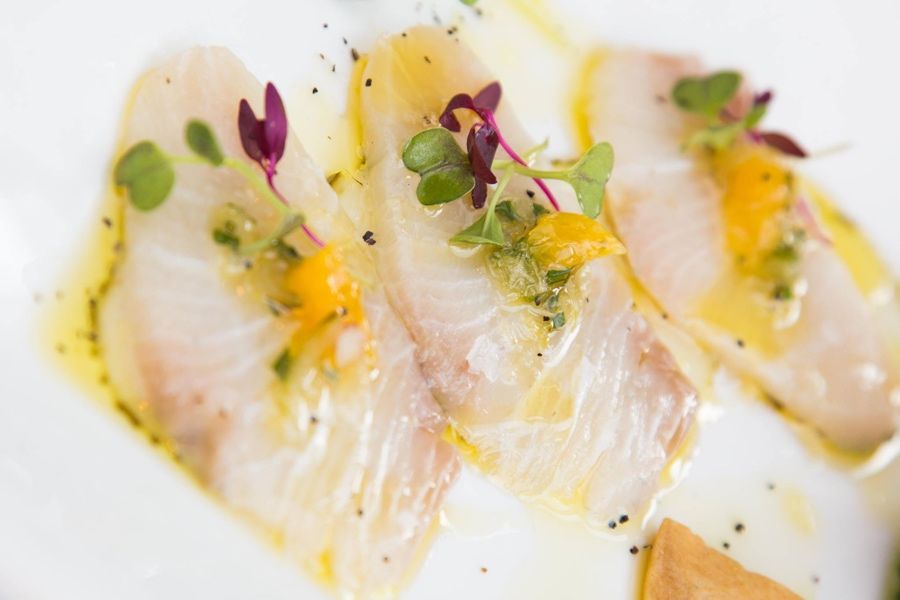 Paradiso, East Passyunk
Chef Lynn Rinaldi’s “La Vigilia de Natale” — as the feast is known in parts of Italy — is serving a four-course menu of dishes like fritto misto, seared scallop risotto, Scottish salmon with lentils, and crispy flounder with arugula and lemon aioli on December 24th. But if you can’t be there on Christmas Eve, no worries: they’ll start offering the seafood-centric menu on Thursday, December 20th. It’s $75 per person, with optional wine pairings for an additional $55. Check out the full menu and make your reservation here. 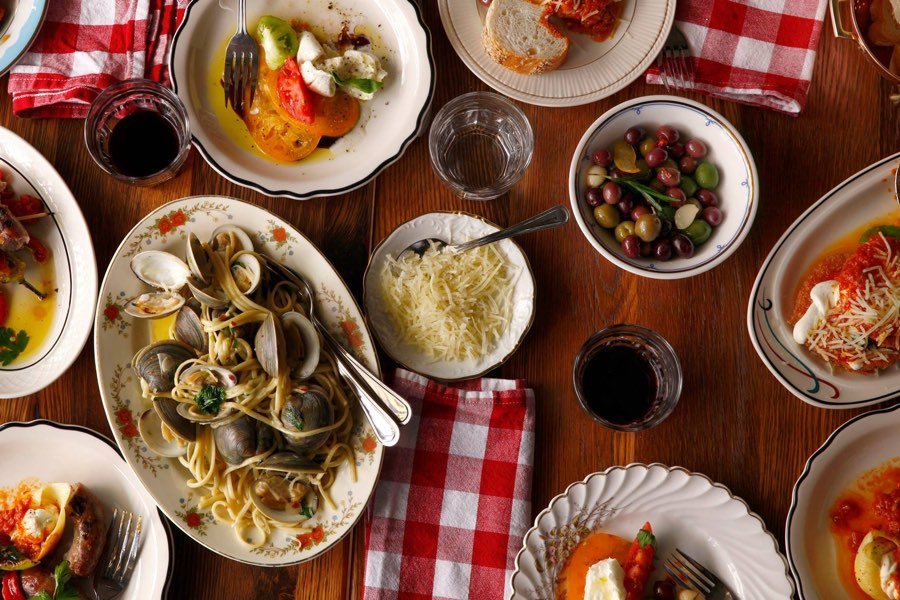 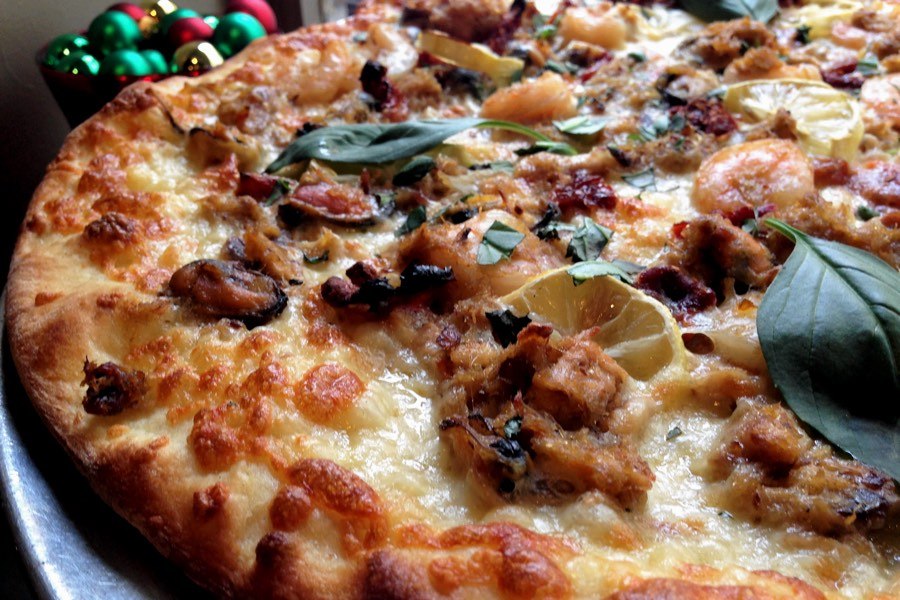 Slice, Rittenhouse, Italian Market, Fishtown, Washington Township
Get your seafood in pizza form at Slice, which has brought back its Seven Fishes-inspired pizza at all four locations. The special pie is topped with clams, mussels, shrimp, tuna, crab meat and sardines sautéed with fresh olive oil and garlic plus mozzarella, anchovies, fresh lemon, and basil, and it’s available through January 2nd.

Spasso, Old City and Media
Both locations will serve a three-course version of the Feast of the Seven Fishes on Christmas Eve. The dinner is $47 at the Front Street location (menu and reservations here) and for $42.95 in Media (menu here, call 610-565-7803 to reserve). 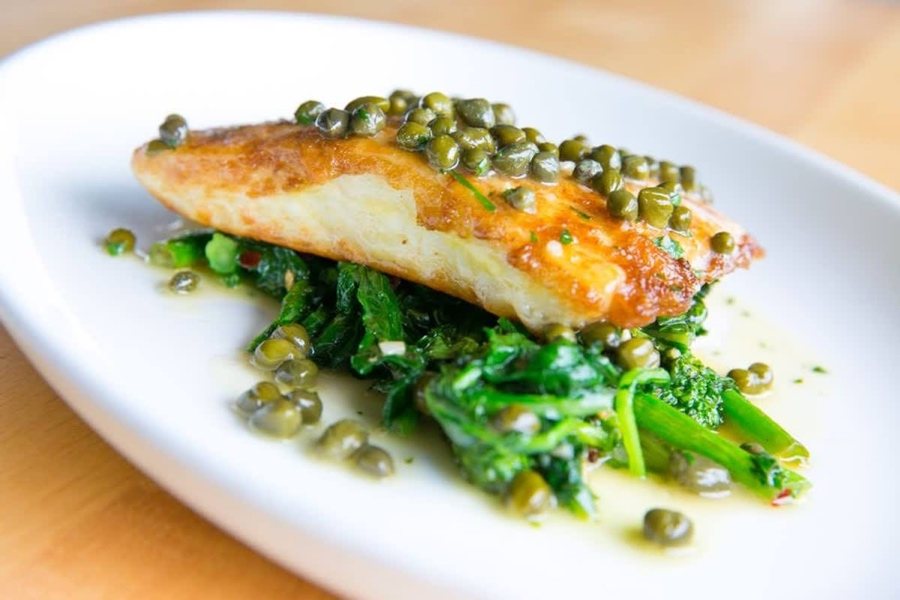 Davio’s, Rittenhouse
The northern Italian steakhouse is serving up their three-course version of the Seven Fishes experience on Christmas Eve starting at 5 p.m. for $75 per person. Their menu includes Maine lobster, a tuna-octopus-scallop crudo, and crabmeat-fennel risotto. See the full menu and make your reservation here.