Winter Fare’s Holiday Market Is Popping Up in Kensington

The locally-focused indoor farmers' market is bringing a crew of food and drink vendors to Lost Bread Co. next weekend. 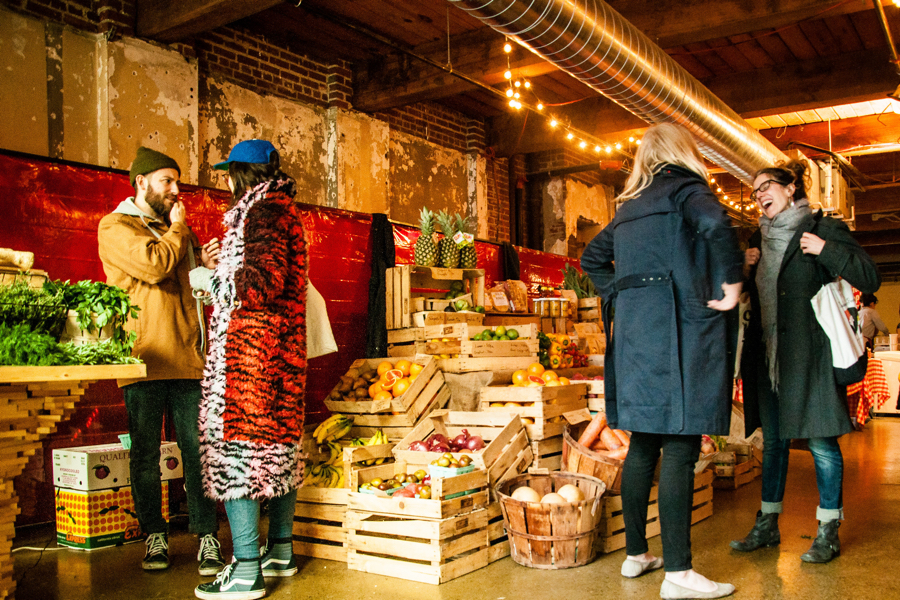 When the weather turns cold, most of Philly’s many outdoor farmers markets pack it in for the season. Thankfully, there’s indoor pop-up market Winter Fare to fill the gap.

Primal Supply Meats owner Heather Thomason started the pop-up market in January of this year, taking over a portion of the Bok Building with local makers selling everything from produce to baked goods to vinegar.

But that was before her East Passyunk butcher shop, which retails many of the products found at Winter Fare, was up and running. So this season, she’s kicking things off with a holiday pop-up market on December 15th in Kensington at Lost Bread Co.’s retail space (which has a lot more room now that the bakery has moved its production equipment to Craft Hall in Northern Liberties).

Depending on how the first pop-up goes, she’ll finalize the pop-up’s next location and schedule — probably one market per month in January, February, and March to see us through to spring.

Hit up Winter Fare’s holiday market in Kensington on Saturday, December 15th from 10 a.m. until 2 p.m. Check out the slate of  vendors and sign up for the mailing list to find out where and when it’s popping up next here.