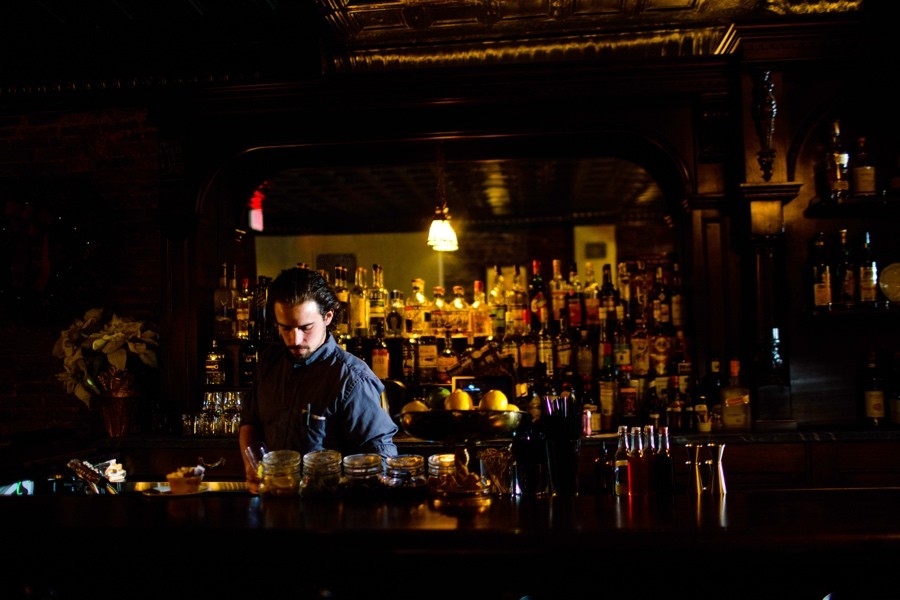 Less than a SEPTA ride. Probably less than what you paid for your morning coffee. It costs two and a half Royal Boucherie lunchtime martinis to cross the Walt Whitman into Philadelphia. That’s one hell of a deal.

They’re calling it the Two Martini Lunch, and the holiday season — when we’re all just waiting out December in a haze of cookies and cheese plates and booze anyway — is the perfect time to take advantage.

First, the fine print (such as it is): only customers who purchase an entree from their lunch menu — like the wild boar meatball sandwich, mortadella grilled cheese, garganelli with lobster, or steak au poivre — can take advantage of the $2 martini deal. It’s just common sense to get something substantial in you before tossing back a strong, ridiculously cheap cocktail.

Even better, the deal extends beyond the standard gin or vodka martini to a handful of other classic cocktails from lead bartender Zeq Rudy, including the French Martini (Tito’s vodka, Lillet, and orange bitters), the Gibson (made with gin or vodka, vermouth, and house-brined onions) and the Cosmopolitan (a version made with cranberry vodka from Boardroom Spirits, triple sec, and lime).

While there’s no official limit on how many $2 martinis one can order along with a lunch entree,  “No one has had more than two yet,” Elmi told us.

Get the Two Martini Lunch deal at Royal Boucherie between 11 a.m. and 3 p.m. weekdays, then take a half day, or at least a nap under your desk.