Foobooz is teaming up with Hungry Pigeon to host a series of cookbook dinners. And you won't want to miss the first one. 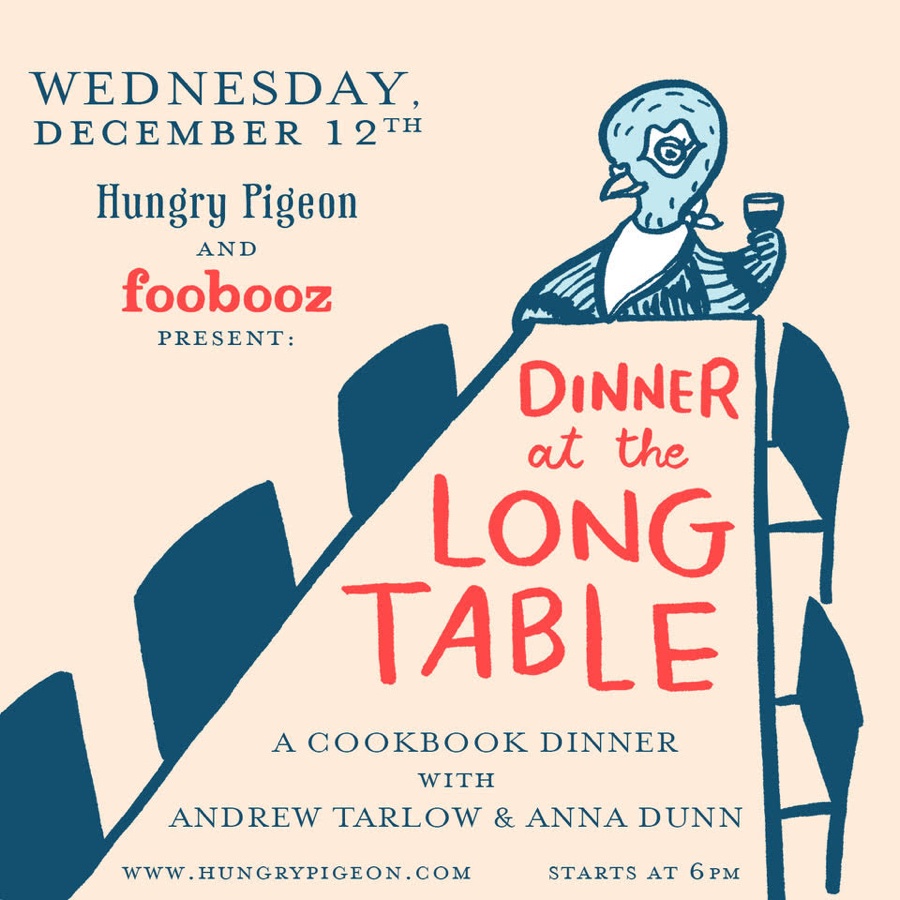 Okay, listen up, people: We’ve got a cool, new dinner series happening this winter that we’re hosting with Hungry Pigeon, and you definitely want in.

Here’s how it works: Hungry Pigeon’s Scott Schroeder and Pat O’Malley will choose a cookbook that they — as culinarians and food nerds — appreciate and enjoy. They pick some of their favorite recipes from the book, and put together a feast for their guests that evening. The best part? The authors of the cookbook will be there to sell and sign copies of the book. We’ve got plenty of good talent lined up for the season, and we’ll be announcing future dinners right here. So follow along or sign up for our newsletters to get first dibs.

The first dinner will be with Andrew Tarlow and Anna Dunn, authors of the cookbook Dinner at the Long Table. Tarlow spurred the Brooklyn restaurant revolution with his first restaurant, Diner, in 1999, and then continued to dominate the New York City dining scene with a slew of other restaurants — Marlow & Sons, Roman’s and Reynard to name a few. Diner and Marlow & Sons are, in fact, the two restaurants that inspired Hungry Pigeon.

And you’ll get to see why on Wednesday, December 12th, starting at 6 p.m. Dinner is $55 a pop. Make your reservations here or by calling the restaurant at 215-278-2736. Of course, we’ll be there, too, to hang and eat, because we’re into that sort of thing. The menu’s below, if you’re interested. 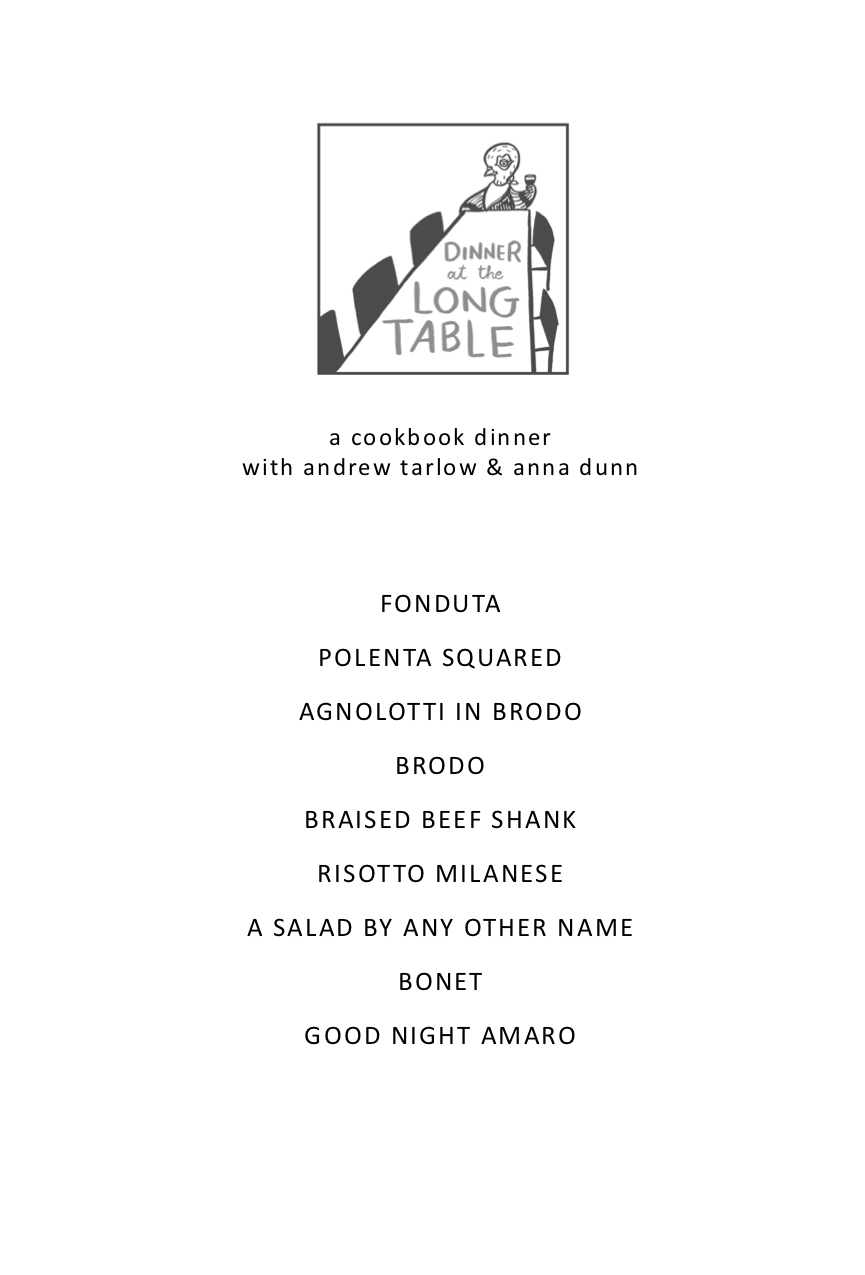