How Philly’s Sober Chefs Are Changing the Way We Drink

Food industry folk are speaking out about sobriety, making their beverage menus more accommodating to guests, and promoting a healthier culture in their kitchens. 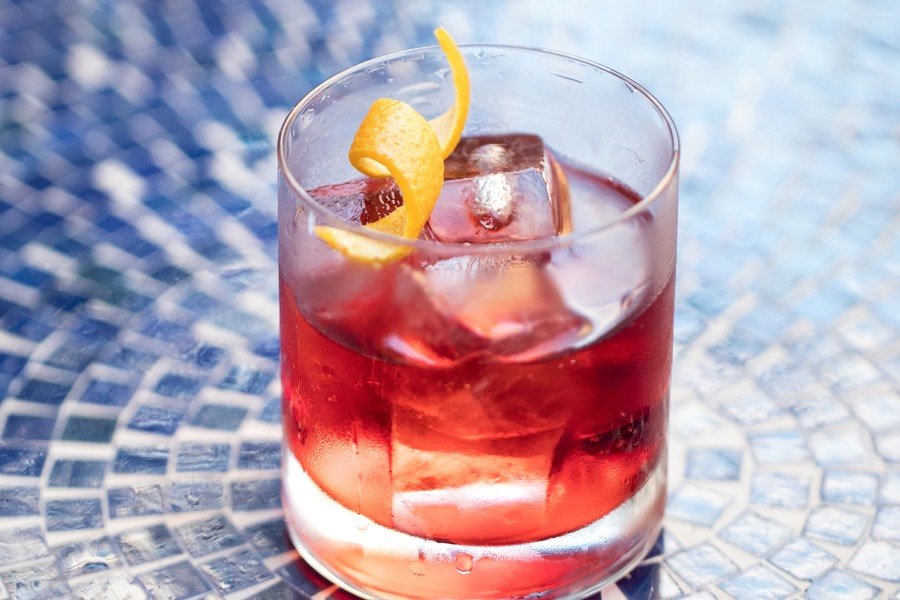 The hospitality industry is built, one could argue, around booze. We look to restaurants and bars not just as places to fulfill a basic need, but as a place to indulge, treat ourselves, celebrate, and have fun. Whether it’s diners in the front popping bottles and quaffing cocktails or staff letting off steam with shift drinks after work, it’s hard to imagine the restaurant industry without the Dionysian streak that booze brings.

At the same time that craft breweries, distilleries, and vineyards making natural wines are getting more attention than ever before, studies show that Millennials are drinking less. Trendy challenges like Dry January and Sober October push drinkers to hit pause on on their drinking, even temporarily, and low- or no-alcohol cocktails are showing up on menus.

But to the hospitality professionals who have to navigate the high-stress, work-hard-play-hard atmosphere of the industry, choosing sobriety and sticking with it isn’t just a fad — and it seems that the culture shift that’s come along with more and more chefs’ decisions to abstain from booze and offer alternatives in their restaurants is here to stay.

“I don’t think it’s just a trend — sobriety is not usually a choice like a diet,” said John Patterson, executive chef at Fork. “Nine times out of ten, when people are quitting alcohol, they’re changing their lifestyle because they need to for themselves, their family, or betterment of world around them.”

Patterson has been sober for 11 years. But before he entered recovery, he found that his struggles with alcohol were both masked and exacerbated by restaurant work. “It’s easier to justify and to wake up for work that late and stay out late when that’s the norm. It was one of the industries where you could get away with it a lot longer than anywhere else,” he said. “I was either going to end up dead or killing somebody drinking and driving.”

When he got out of rehab, he said, staying in restaurant work was the hardest part — struggling to stay sober in a pressure-cooker environment, feeling isolated by not participating in what had always been a bonding activity amongst kitchen staff, searching for ways to give himself an edge or stay calm in stressful situations without alcohol. And while he notes that he never could have gotten to this point in his career without the clarity and focus he found once he got sober, the transition was tough.

“I remember trying to cook and actually feeling like my hands didn’t work,” Patterson said. “It was a weird out-of-body experience when you’re so used to self-medicating. What part of myself did I lose? You kind of end up searching for who you really are.”

Vetri Family chef Brad Spence found that his drinking ramped up while he was in culinary school; by the time he was working at Mario Batali’s Casa Mono in New York a few years later, he was drinking a handle of vodka a day. Checking himself into the hospital — where he was diagnosed with liver failure, jaundice, and cirrhosis — saved his life.

In the kitchen at Casa Mono, staff were allowed to drink from 10 p.m. until service ended at midnight. “I don’t blame the organization — it made it easier for me, that’s all,” he said. “The party atmosphere was destructive. If I was working a nine-to-five, people would have noticed, but there it wasn’t strange.”

Spence has been sober for 14 years. (A New Jersey resident, he has used medical marijuana in conjunction with other medications for the past two years.) Now, he makes a point to live a healthier lifestyle, practicing Brazilian jiu-jitsu, boxing, and spending time with his family when he’s not at work, and sees a shift away from hedonism and toward wellness as something that’s happening across hospitality. “As an industry, we’re all looking to cook healthier food, source better ingredients,” he said. “It’s always been that way with Italian cuisine.”

Chef and restaurateur Nick Elmi quit drinking in September 2017 after he noticed that the daily habit of drinking alcohol was affecting his ability to feel rested and to spend time with his kids in the morning. He tried to cut back to drinking only three days a week, but “those three days, I would go out and get wrecked and it would still have the same effect,” he said. “I decided it wasn’t for me any more.”

But there weren’t many booze-free options at events and parties besides seltzer with lime, and not drinking anything at all would lead to awkward offers of alcohol from others. Elmi heard about U.K.-made zero-proof spirit Seedlip from Joy Manning, an editor and food writer who has chronicled her own sober journey on the website and Instagram account Better Without Booze, and brought it in to serve at his East Passyunk restaurant Laurel and cocktail bar ITV. Old City brasserie Royal Boucherie also keeps a handful of “temperance cocktails” on its menu.

Elmi was surprised at the demand he saw from diners at two of the most popular spots in the city.

“I thought we’d sell one or two a week, but we’re selling a half dozen or a dozen each night,” he said.

Manning has been one of the city’s biggest advocates for bars and restaurants to offer more than seltzer or sugary sodas as an alternative to alcohol. She started writing about alcohol in her mid-20s, attending media events and dinners where drinking was de rigeur. “There would be times I’d overdo it, but the general attitude was this is just normal,” she said. By her mid-30s, Manning, who also writes about health, “became less and less willing to lose days of my life to being hung over.”

But when looking for alternatives at the city’s restaurants and bars, she found booze-free options almost nonexistent. Now, she makes a point to patronize spots that have dedicated zero-proof section on their cocktail menus.

“Diet Coke is not an acceptable substitute for wine,” Manning said. “It’s an issue of inclusion — right now, the only comfortable choice at a bar is to drink alcohol. I’m not saying people shouldn’t, but it should be equally comfortable to not drink.”

Bartenders and beverage directors are handling the growing demand for zero-proof drinks in different ways. Aaron Deary of Fishtown cocktail bar R&D noted that low-alcohol cocktails were all the rage last year; this year, alcohol-free cocktails are more in demand.

Deary doesn’t keep nonalcoholic cocktails explicitly on the menu at R&D or sister spot Suraya, but their bar staff to have recipes at the ready that are made with the same quality ingredients — syrups, juices, fresh herbs, and alcohol-free bitters — that go into cocktails that include spirits. He approaches tailoring a nonalcoholic drink to the customer’s taste in the manner of a bartender’s choice cocktail.

“As always, the drink depends on the guest’s taste preferences, and the best way to determine that is to start a conversation with the guest,” he said. “If you aren’t drinking booze, it doesn’t prevent your taste buds from enjoying the same experience. If anything, it can be better, because you won’t be hungover.”

Fancy Friday Happy Hour! The last of my soberversary gifts to myself to arrived today – the extraordinary garden 108 @seedlipdrinks !! I mixed it with Qtonic, lime and pea shoots – inspired by the serving suggestion on the bottle! Can’t wait to experiment with it! If you have a favorite Seedlip mocktail recipe please share ! Cheers to a sober weekend!

“Alcohol was always a part of my life,” said chef Jen Carroll, who opened Spice Finch earlier this year with her business partner and fiancé Billy Riddle. “You have it at every party, with dinner, when you go on a picnic, at sporting events.” But soon, her habit of regular drinking after a long shift — which had always seemed normal — was starting to affect her energy levels and how she felt physically.

There was also family history to contend with. “Alcoholism runs in my family — it’s affected people in my life and myself in a negative way,” she said. “For me, it’s hard to say no after a few drinks. I just want it more, and that’s not good.”

Riddle supported Carroll as she decided to first cut back on booze, then quit it completely. They’ve both been sober for the past year.

“We’re all chefs getting older, growing up,” he said. “You think about yourselves, your family, setting an example. And you want your body to feel good so you can keep attacking what you do in the kitchen.”

Spice Finch has become something of a haven for drinkers in search of zero-proof cocktails: when they opened, Carroll and Riddle made a point to work with beverage director Michael Haggerty on zero-proof drinks made with as much creativity, care, and pairing potential as boozy offerings.

The restaurant even hosted a Sober Ladies Happy Hour last month, organized by Manning and Annie Baum-Stein, owner of Milk & Honey Market in West Philly, who shares zero-proof drink recipes, tips, and support for sober and sober-curious folks through the Instagram account @henstails.

“Women get together to get ripped — that’s something that’s been in reinforced in our culture,” Baum-Stein said. “It was important to flip the script and make space for women to be comfortable and have a girls’ night out without alcohol.”

The culture is changing for staff too, Carroll said. When she was coming up, drinking on the line, post-shift partying, and coming in hungover only to do it all over again was considered normal. Now, she says, things are more professional in many kitchens.

“The shift drink is still there at some places, but not at any of the restaurants I’m a part of. I think that’s a good thing,” she says. “We’re not congratulating staff on a night of work with a drink — we give them ‘Thank you’ and ‘Good job’ instead.”