Here’s the Problem With the New Bourse Marketplace

We were so excited for Philly’s next destination food hall. But then … 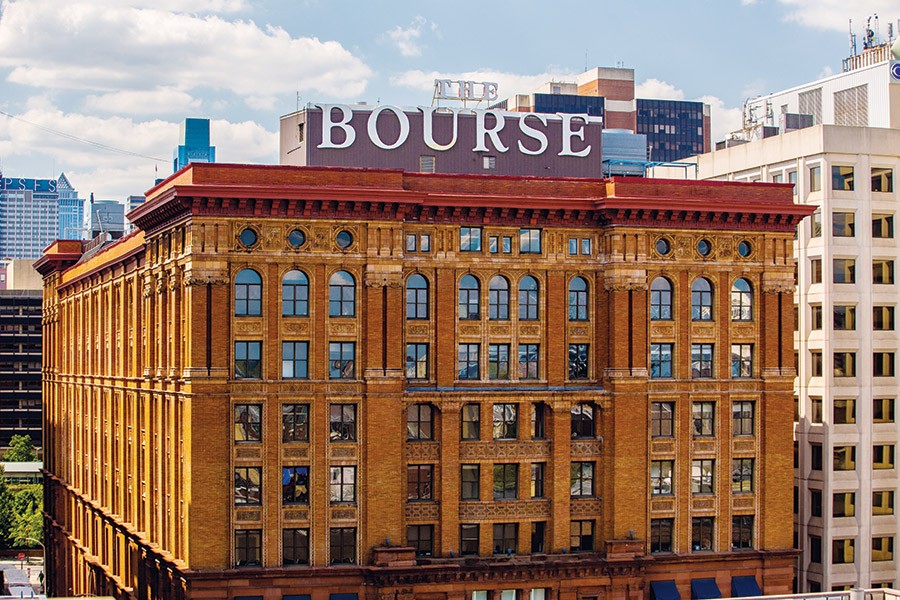 A comeback, for one. The Bourse fell from a grand commodities and stock exchange in the late 19th century to, recently, a dinky food mall. MRP Realty scooped it up in 2016 and touted a return to grandeur — a great destination food hall. Think New York City’s Chelsea Market, headlined by Philly’s biggest food stars. Giddy stuff. Instead, we’re getting some local up-and-comers anchored by a few out-of-town chains, minus the heavyweights you might expect. What happened?

For one, the Marketplace took a long time to open. Michael Morris at MRP’s partner, Cana Development, says that convincing our restaurateurs of the spot’s potential was challenging. Behind the scenes, some of the brighter lights balked at what they deemed high rents; others found Cana’s pitch method less than forthright. Most simply weren’t sold on the spot.

Cana says it sifted through thousands of concepts before landing on its 30 tenants. Of those, seven come from its home turf of D.C. and Baltimore. In our city bursting with name-brand restaurants, seven is seven too many.

It’s not that we’re bummed about the final roster. We just don’t understand why they went with, say, D.C.’s Takorean over Philly’s Giwa. Or Baltimore’s Mi & Yu Noodle Bar instead of Philly’s Hiro. “We were focused on quality and uniqueness, not geographic location,” says Morris. But is Michael Solomonov’s Federal Donuts fried chicken inferior to the unproven Freebyrd?

We were promised one thing — a world-class food hall in a legendary building — and were delivered a restaurant start-up space. It’s not bad. But we were expecting great.

Published as “Bourse Correction?” in the November 2018 issue of Philadelphia magazine.