Craft Hall's first tenant opens its taproom today in the former Yards Brewing site, and we've got the menu. 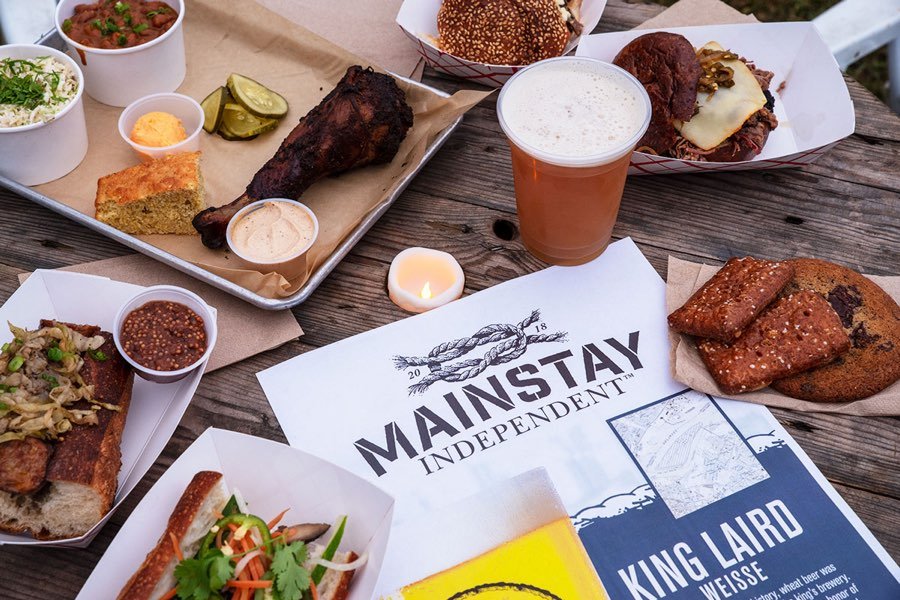 The brewery is a collaboration between FCM’s Avram Hornik and brewer Brian O’Reilly, who left his longtime brewmaster position at Sly Fox earlier this year. He’s creating beers with Andrew Foss, formerly of Kensington’s St. Benjamin Brewing Co. The space was previously occupied by Yards Brewing, which moved to a new facility at 5th and Spring Garden Streets last fall.

Renovations are still going on at Craft Hall, which is expected to open in February, with fellow tenants City Creek BBQ and Lost Bread Co., currently baking in Kensington, under one roof. For now, Mainstay Independent will serve a slate of seven beers, cocktails, and a limited food menu of sandwiches and snacks from FCM’s culinary director Adam Lazarick and Parks on Tap chef Justin Koenig.

Hours at Mainstay’s taproom will be 4 p.m. to midnight Wednesday through Friday, noon to midnight Saturday, noon to 8 p.m. on Sunday, and closed Monday and Tuesday. Check out the menus below (click to embiggen). 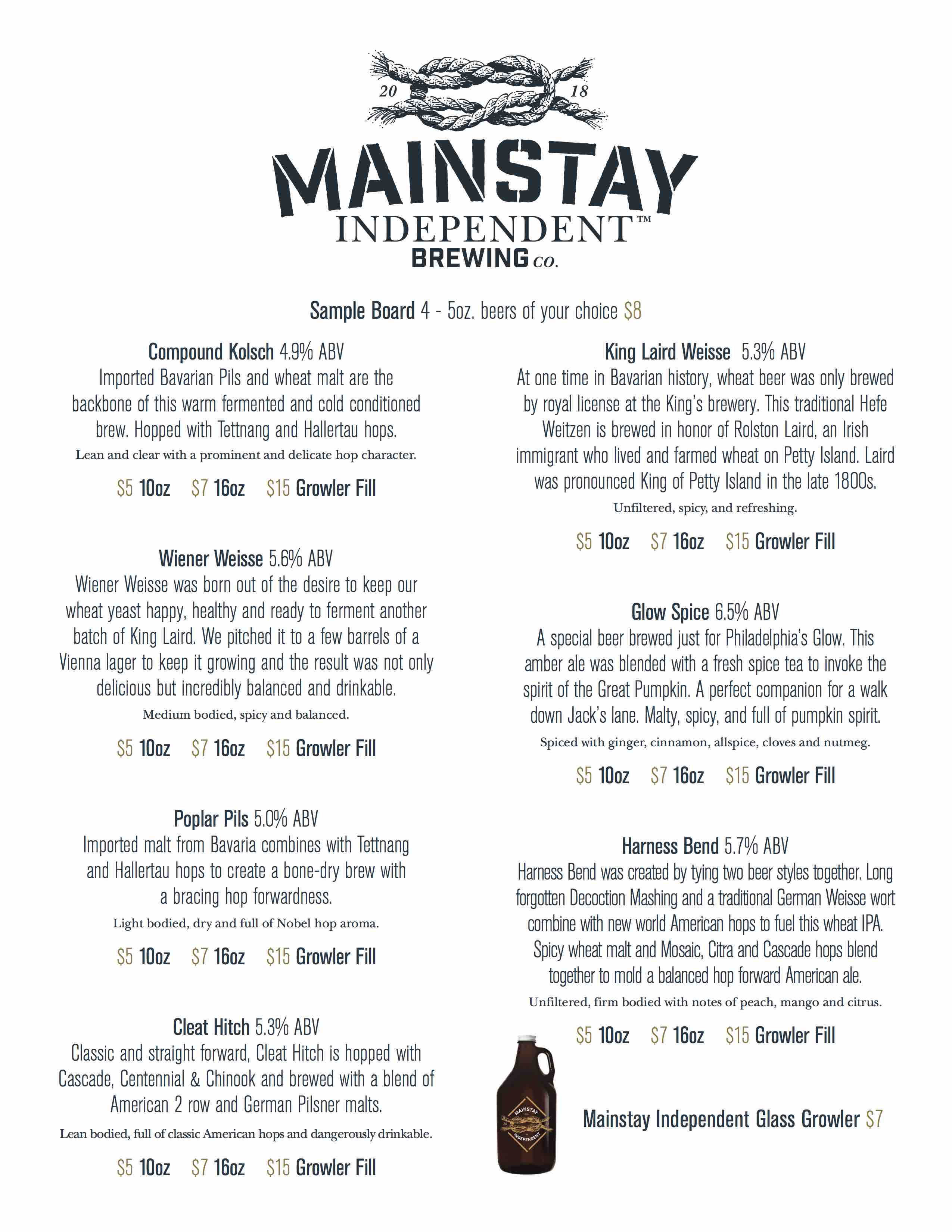 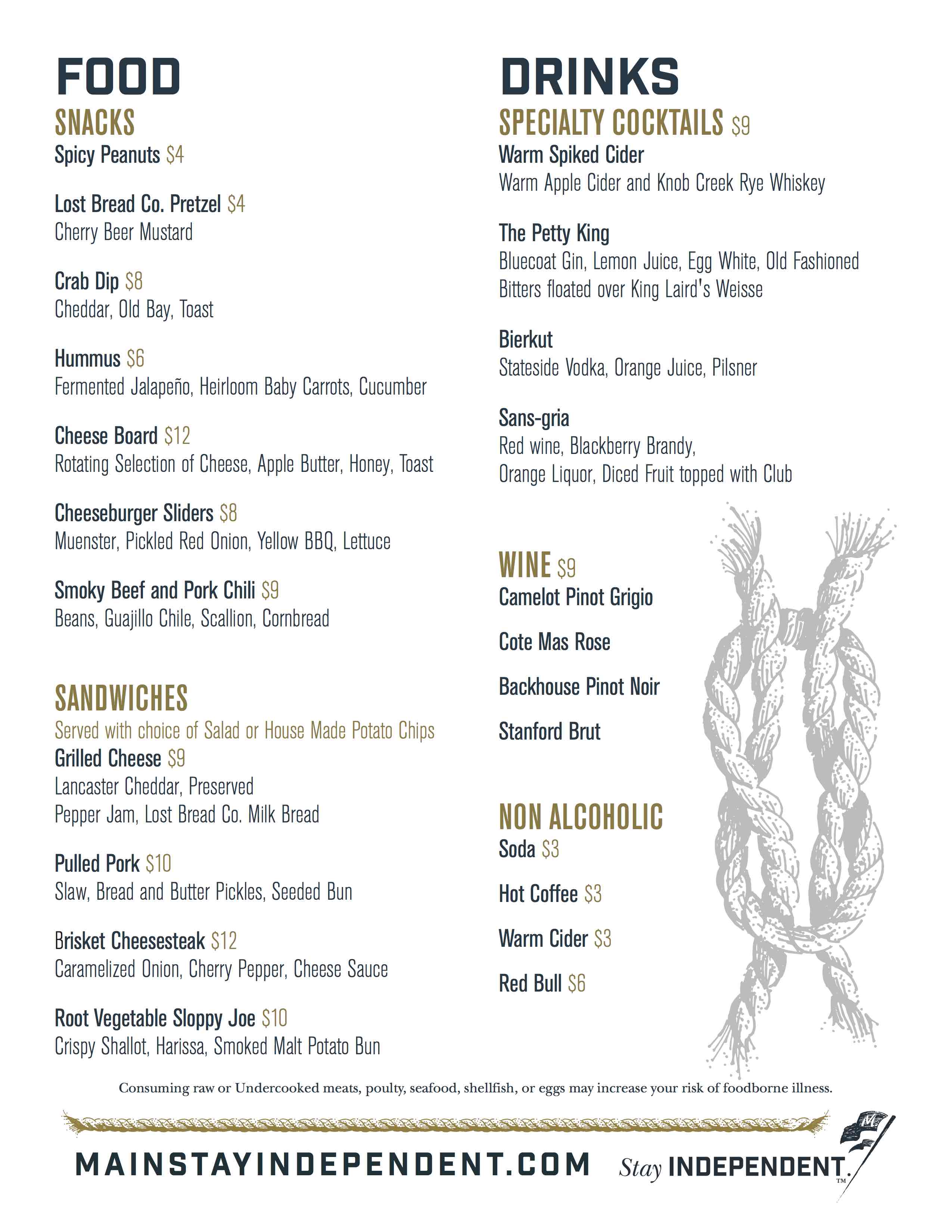