And they're celebrating with free steaks, fries, and sodas this Friday. 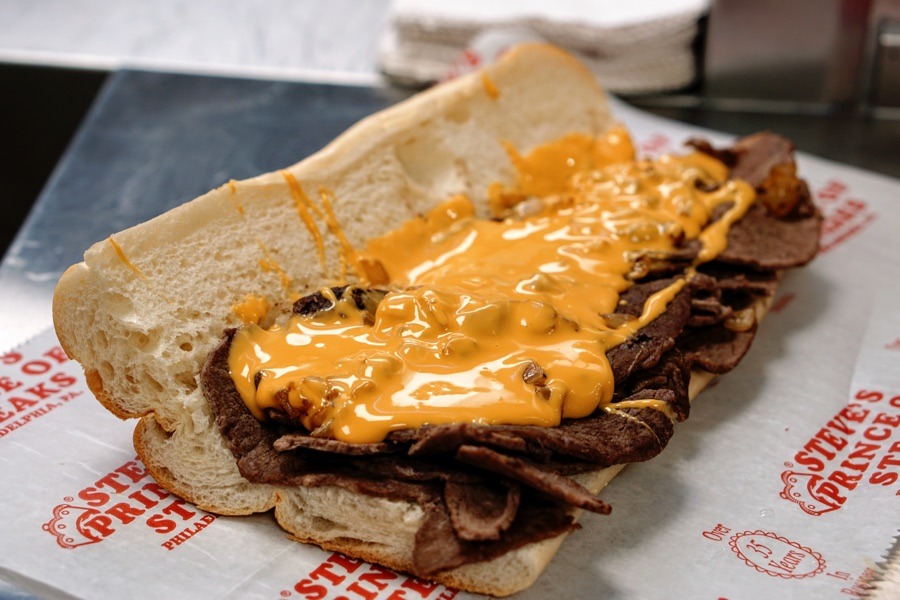 The new location of Steve’s Prince of Steaks is celebrating its grand opening at Hamilton Court on the Penn campus this Friday — and they’re giving away free goodies.

On October 19th, head to the new steakery at 3836 Chestnut Street to get free complimentary-sized cheesesteaks, fries, and sodas between 12 p.m. and 2 p.m. and then again between 4 p.m. and 6 p.m., with a limit of one each per person. Students who show their valid Penn, Drexel, or USciences ID can get the deal all day Friday during open hours.

This is the fifth Steve’s Prince of Steaks, double the size of their other shops and the only one that includes a dining room space. Like their locations in the Northeast, Center City, Langhorne, and Comly, customers order their steaks at one window and fries and sodas at another.

But there are some key differences: this Steve’s has a liquor license and will serve beer, cider, cocktails, and boozy frozen beverages. They’ve also expanded the menu to include more items like pizza and wings in addition to steaks, fries, sandwiches, and burgers.