Is nothing from South Philly sacred anymore? 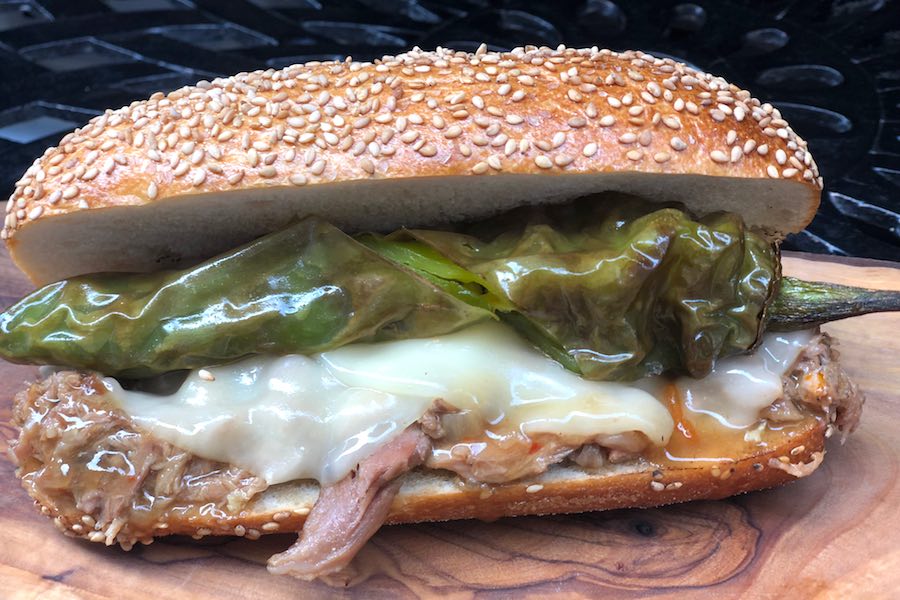 No, that’s not roast pork sitting under the long hot and provolone.

This weekend sees the return of the South Philly Meatball Contest, where chef Jennifer Zavala will bring back her vegan meatballs that caused such a fuss (death threats!) last year. Well, we’ve gotta wonder how South Philly traditionalists are going to feel about a roast pork sandwich made not with pork but with… alligator?!?!

Sansom Street’s Chris’ Jazz Cafe just announced the newest addition to its menu: the Gator Italiano. The $20 sandwich replaces roast pork with alligator that’s flown in from the Louisiana bayous. The alligator is seared, braised and then confited for seven hours. Then the meat is hand picked and placed on a Liscio’s seeded roll and topped with fried long hots, provolone cheese and a Bordelaise sauce.

When we heard about the Gator Italiano, we started thinking about Philly’s very crowded field of remixed cheesesteaks. There’s the $120 ode to the cheesesteak at Barclay Prime. There’s the Korean bulgogi cheesesteak at Pastrami & Things. There’s the Trainwreck at Beck’s in the Reading Terminal Market. We could go on. (In fact, we did: Check out our “30 Cheesesteaks to Eat Before You Die” feature.) But people don’t seem to mess too much with a roast pork sandwich.

Anyway, the Gator Italiano is part of Chris’ Jazz Cafe’s new Gator Fest menu. Other offerings include $12 Gator Wings and a Gator Po’ Boy. Of course, an alligator doesn’t have wings. The “wings” are actually the fore shank of the alligator that have been cooked in duck fat.

A lot of people say that alligator tastes like chicken. But Chris’ Jazz Cafe owner Mark DeNinno scoffs at that notion. “It tastes way better than chicken,” he says. “And my staff swears that the alligator is even better than roast pork.”

If you’re having sticker shock at the $20 price tag on the Gator Italiano, a $14 version will be available at lunchtime through the end of November.