The government says that the popular bagel shop owes its employees more than $186,000 in unpaid overtime and damages. One employee alone was owed $23,000, according to the Department of Labor. 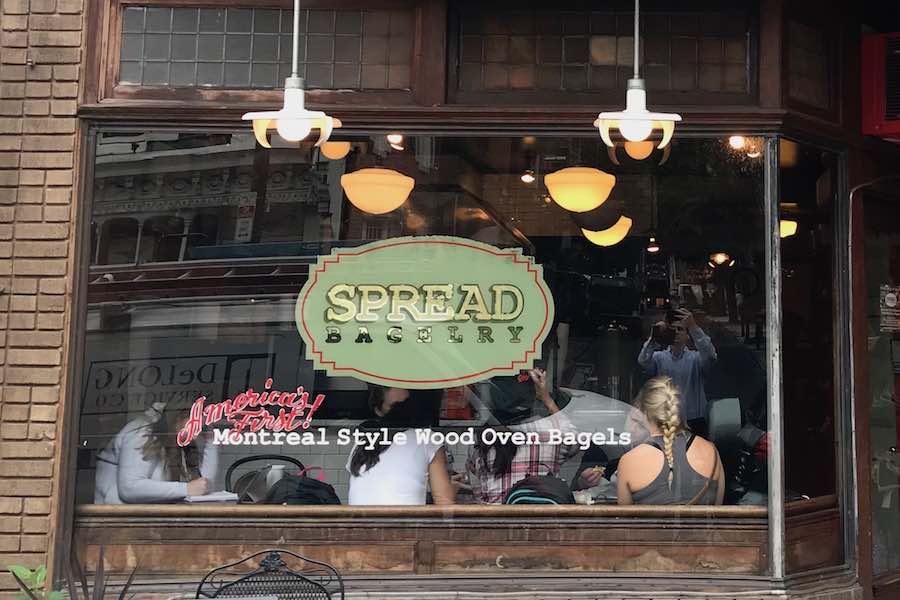 Popular Philadelphia eatery Spread Bagelry has gotten itself into trouble with the federal government over unpaid wages.

United States Secretary of Labor Alexander Acosta has taken legal action against the Montreal-style bagel shop, which has locations in Rittenhouse Square and on the University of Pennsylvania campus.

According to a complaint that Acosta filed against Spread Bagelry and owners Larry Rosenblum and Didiane Arnuti, the company owes dozens of employees and former employees $186,292 in back pay and damages.

The government says that Spread failed to pay employees who worked over 40 hours in a week the time-and-a-half wage that they were entitled to under federal law. Some employees are owed as little as $122 in overtime pay and damages, while six employees are owed more than $10,000. The most owed to one employee, according to the suit? More than $23,000.

The complaint also claims that Spread didn’t keep proper records on its employees, as required by law.

The owners of Spread have agreed to pay some of the employees in question about $102,000 over the next five months, including damages and interest, to settle the matter, and to follow all labor laws going forward. Spread’s agreement with the government also forbids the company from retaliating against employees who might have reported Spread to the Department of Labor — or who may do so in the future.

“Spread Bagelry is committed to full compliance with all wage laws for our valued employees,” the company wrote in a statement to Philly Mag, issued by Ballard Spahr attorney Kelly Kindig. “Spread has worked with the Department of Labor to resolve this matter, and we look forward to the continued growth and success of Spread.”

Later, Kindig wrote that while Spread has “reached a resolution” with the feds, the company “disputed many of the DOL’s allegations.” She offered no further comment or specifics.

Although the practice of withholding overtime pay from employees is believed to be common in the Philadelphia restaurant industry, actions like this one by Acosta are fairly uncommon. The most well-known eatery to be targeted recently was the Stephen Starr-Aimee Olexy restaurant Talula’s Garden in Washington Square. In that case, the restaurant agreed to pay workers nearly $400,000 in back pay and damages.

Generally, these cases are quickly and quietly settled. But not always. According to court records, Northeast Philadelphia Mexican restaurant Las Margaritas has been fighting a similar Department of Labor case for more than two years.

“Wage theft is an unfortunate reality for nearly 400,000 Pennsylvanians on any given week,” says Calvin Okunoye from the Restaurant Opportunities Center of Pennsylvania, a local organization dedicated to protecting restaurant workers’ rights. “Workers in the food sector, who are some of the lowest paid, have to face an uphill battle when violations like this occur. And in Philadelphia, this is one violation we hear about far too often.”