In Philly, we got used to a certain type of Middle Eastern cuisine — which is precisely why Hadramout is such a welcome addition to our scene. 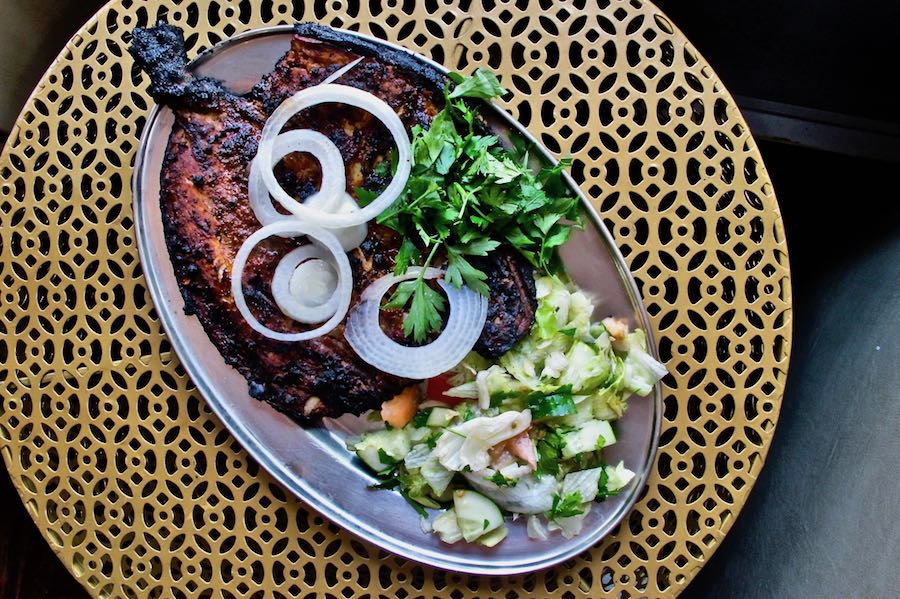 On the menu, the khobz is listed humbly as “homemade bread” for just two bucks, and you’d probably skip right over if it hadn’t practically slapped you in the face when you entered Hadramout’s dining room.

It’s a very typical Middle Eastern flatbread in its utility — you arm yourself with some for the duration of your meal to rip and dip and sop and grab — but atypical in its character. Because in Yemen, and at Hadramout in West Philly (136 South 45th Street), the flatbreads are bubbled-up and scorched from the clay walls of the kitchen’s tandoor (here, called a tanoor), and they are comically large. A single order gets you something the size of a large pizza, and in the tiny restaurant, you’ll have to duck under them as they get passed around the room.

But that’s all happening inside. Outside, from the street, the restaurant is almost invisible. Not that it’s hidden or anything, just that it’s not doing much to stand out from all the shawarma and falafel shops and trucks and restaurants that inhabit that little pocket of Spruce Hill. If it weren’t for the red neon in the windows, you’d pass it a hundred times before thinking to check out its menu, which, at first glance, could double as a Mos Eisley phonebook. 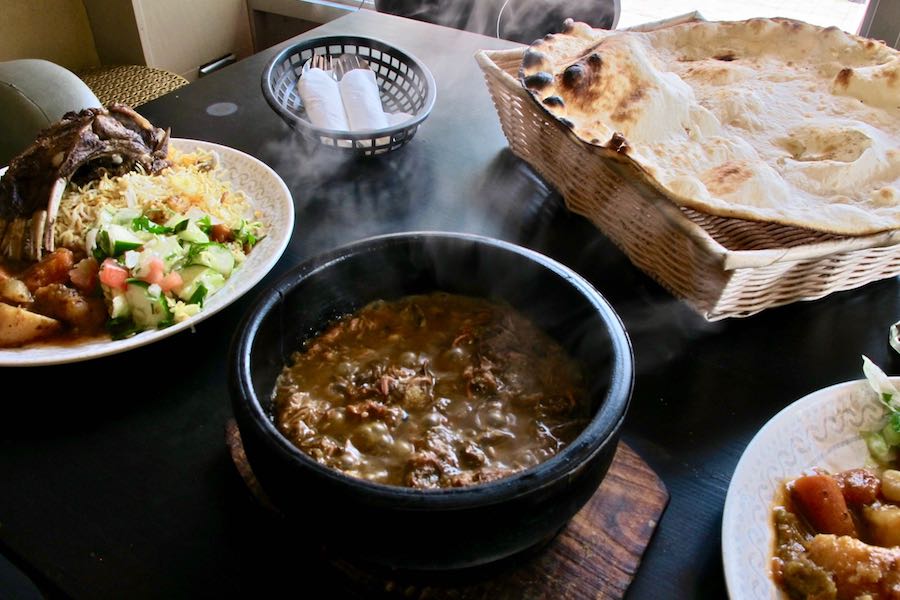 Fahsah, haneeth, mandi, and mofa are specialties of the house. The fahsah, a spiced stew of braised lamb and vegetables, is served so incredibly hot, it only knows grand entrances, parading its sizzles and pops through the room in clay crocks that can, from what I can tell, harness the heat of the sun. If you come to Hadramout with the intention of ordering the fahsah, if you order the fahsah with confidence and in perfect Arabic, it’ll come out already topped with a slightly bitter, slightly sour fenugreek fluff called hulba. But if you look and sound like you have no idea what fahsah is (as I did), your hulba will come on the side. The kitchen knows it’s a learned taste. Apply as much or as little as you like. 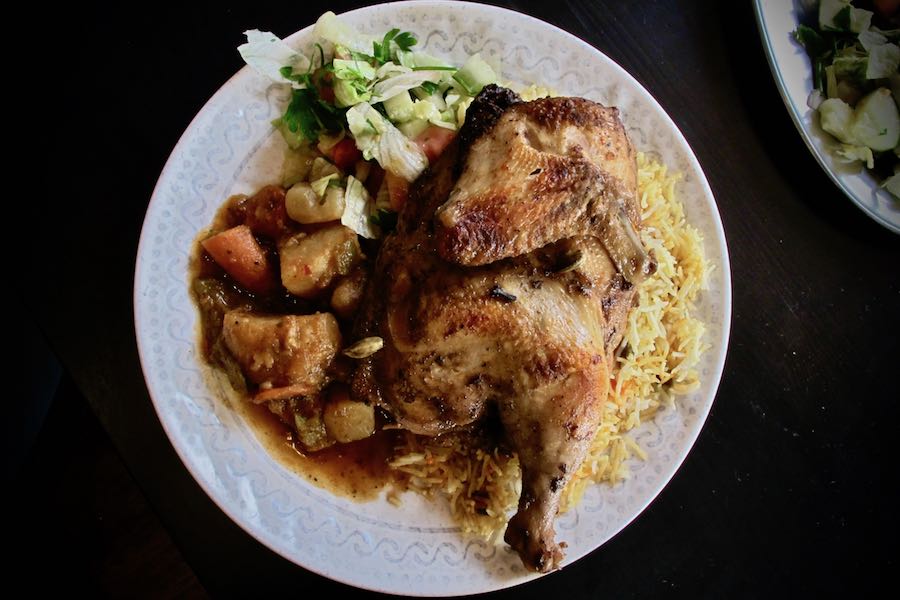 The haneeth is a thick cut of lamb — sometimes it’s the shank, sometimes it’s the rack — roasted low and slow for so long, it eats like Texas barbecue — tender and smokey, still hugging (for dear life) the bone on which it hangs. The chicken mandi is rubbed in hawaij, a Yemeni blend of cumin and coriander and cardamom and clove, roasted long and hard until the whole thing turns four different shades of gold. The fish mofa is a meaty pompallo blackened in the tanoor, its skin halfway to tree bark and flesh tinted red from dried chilies and spice. You pluck at it through your meal, dipping your bread in its oils, addicted to the singe on your tongue. 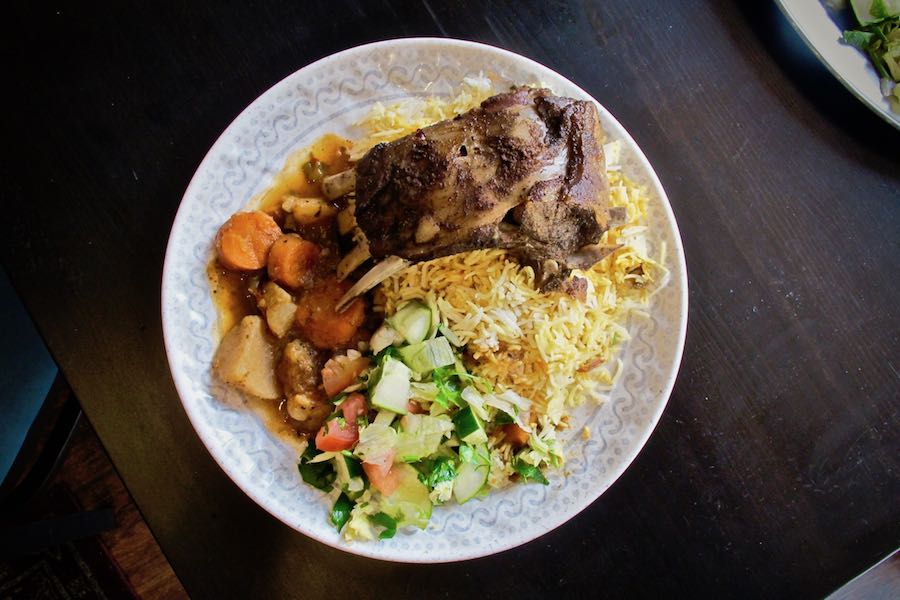 The best way to eat at Hadramout is by going in blind, using only the red neon and smells of cumin and cardamom wafting through the air as your GPS. By ordering the things on the menu you’ve never heard of before, using words you’ve never said aloud.

That’s the fun of a place, like Hadramout, that brings something new to our table. And precisely why you should eat there now.