Restaurants have always been partly about showbiz. But at Talk, finding the right balance between dinner and theater is tough. 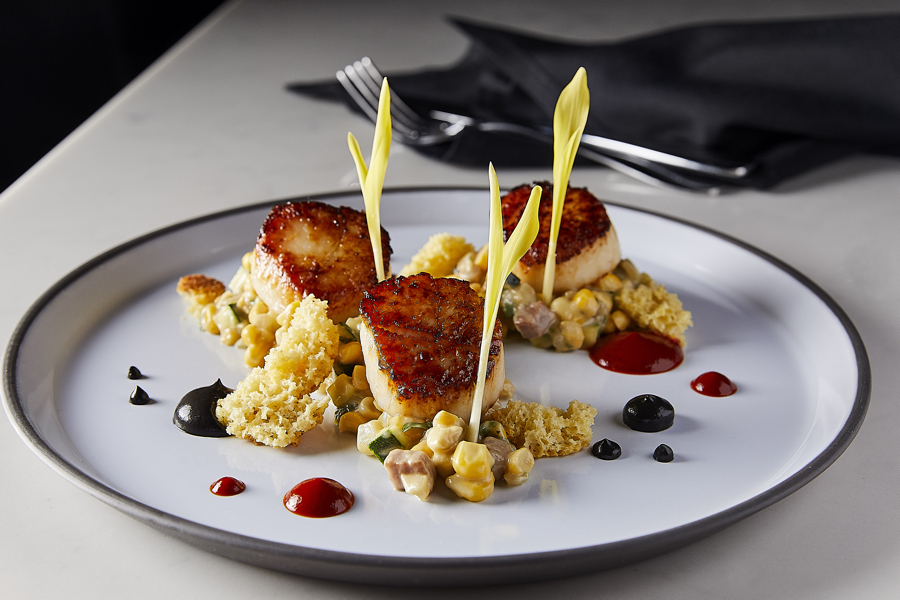 I went to Talk for the first time when it was very young — just a couple weeks old. I sat at the bar, drank rye with maraschino and Chinese five-spice, ate chicken liver éclairs glazed with sour cherry, red like a candy apple. On either side of me, small groups oohed and aahed over plates so pretty that they seemed set-dressed and designed for this space — this dark-dark, black-on-black, gold-accented Art Deco two-story room that exists (in moments, anyway) like a black-box stage for plates that pop with bursts and slashes of vivid color.

Order This: Those éclairs for sure, the black pepper pasta, the panzanella. It’s all interesting here, but you can skip the crudo without feeling too bad.

But two or three weeks in, at their brand-new Walnut Street digs, everything felt cold, practiced, polished. Clinical, really — less atelier than gallery show. That can be death for food.

Fast-forward a bit. Back again on a Sunday, late, with the bar full and the floor sparsely populated. I’m curious how much of the early vibe I got was nerves, how much of it the quiet reverence built into dishes by nature of their precision and meticulous design. I’m wondering if Talk can actually live in this space or if it just performs there. 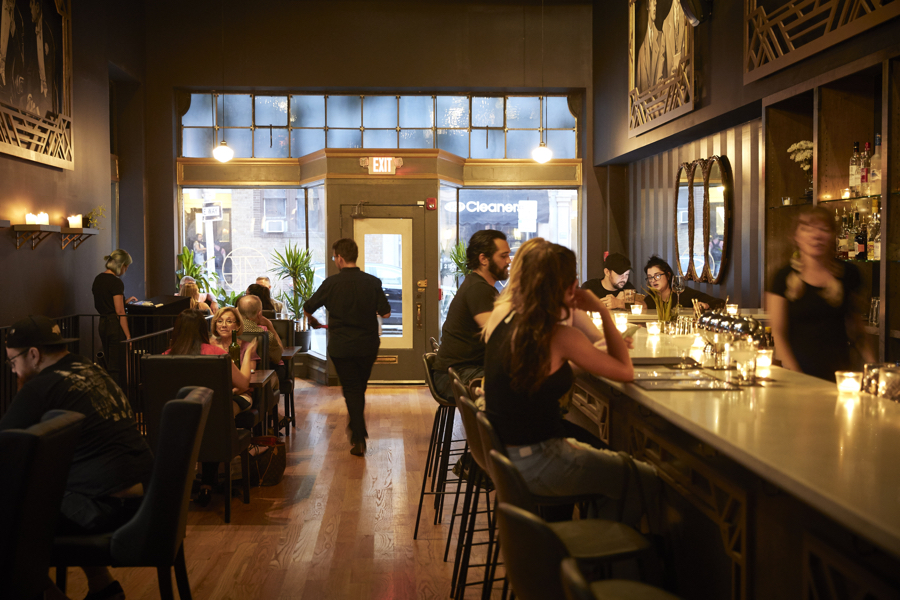 The dining room and bar at Talk | Michael Persico

So we sit and we order, and lavash arrives next to drinks that are boozy and smart. (The Deadly Nightshade is a mix of bourbon, limoncello, chamomile and genepi, and I can’t recommend it highly enough.) Our server glides across the floor, the wind in his mustache. Music drools out of the speakers. The panzanella comes with a big round of burrata, egg-shaped, crowning a bowl of vinegar-kissed tomatoes, sweet little strawberries and crisp bread cubes, assembled according to some mysterious golden ratio whereby each individual thing tastes a little bit like everything else. The fluke crudo is complicated with borage greens and rolled cucumber, chilies and watermelon, but requires that everything be eaten together. The fluke alone is too fishy, too oily. The sweetness of the fruit gentles it, salt adds a sting, and the rest lends savor, except for the cucumber, which is just there to look pretty. It’s a particular dish. It demands a lot. And I’m thinking about how much I hate that when the nickel drops, and I get what was bothering me the first night and this night and on all the nights in between.

Talk? This is their stepped-down version of Marigold. À la carte menu, a bar, walk-in traffic, oysters, ice pops and a panzanella on the board. Tim Lanza wrote this menu. He and Kochan wanted Talk to be their version of a casual drop-in joint — a twice-a-month kind of place, originally more bar than restaurant. They’d be serving sandwiches and Citywides if that was their jam, but it just isn’t. Nine-ingredient crudos with French knifework and savvy cocktails — that’s how Lanza rolls.

So when the black pepper pasta with juicy, woody morels, figs, parmesan and bits of prosciutto, crunchy like lardons, shows up, I like it just fine — the noodles have a chew, the sauce is smooth and rich, the fig is a left-field inclusion that meshes like clockwork. The scallops are tiny sunbursts, circling the plate with succotash and tiny bites of cornbread crumbling in between. And the filet is hash-marked with exact grill scars, cooked a perfect mid-rare, left (thankfully) alone, even if the potatoes have been turned into something the consistency of whipped cream, piped into a baked skin, and shingled with sliced truffle. It’s all good. 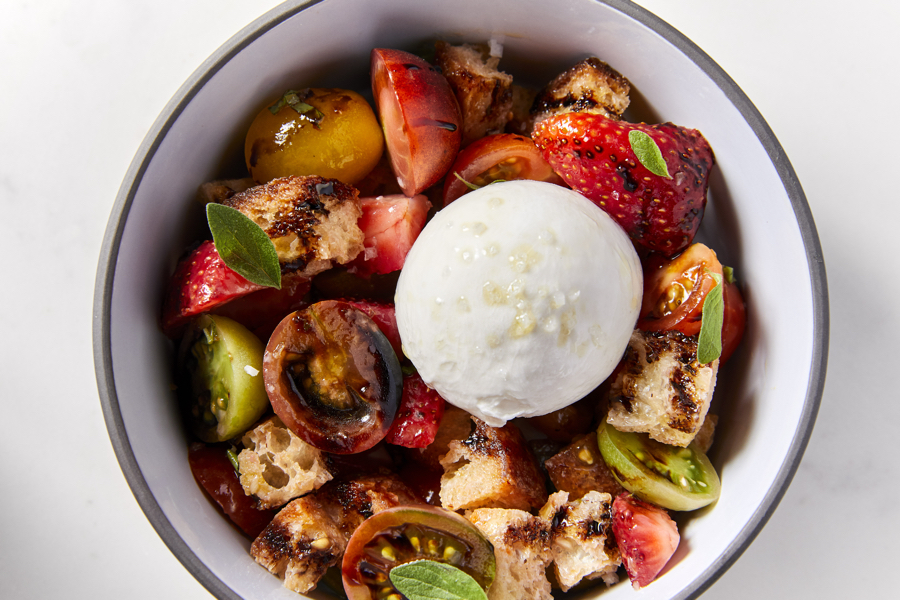 On paper, Talk is a Very Good Restaurant. Everything is executed with skill and style. But there’s still a hint of awkward exactitude lingering over it all. And the awkwardness only gets amplified because you just can’t ignore the stage on which all this is being presented. The experimental-theater aspect of the setup — the blackness and candles, the overhanging mezzanine seats — is incongruous with Lanza and Kochan’s attempt at lightness and approachability. In West Philly, Marigold feels like a restaurant (warm woods, white cloths) but offers tasting menus that are pure theater. Here, on Walnut Street, Lanza is offering something just as thoughtful but making it marginally more fun — in a space that could be rented out as a performance-art venue on nights off.

When you go, you’ll come face-to-face with that disconnect. Warmth and (for lack of a better word) humanness haven’t yet taken hold here. When they do, Talk could be brilliant.

But for the moment, it’s still a helluva show.