Started by a college prep advocate and a restaurateur, Hospitality Together is supporting underserved young adults and training the next generation of Philly chefs at the same time. 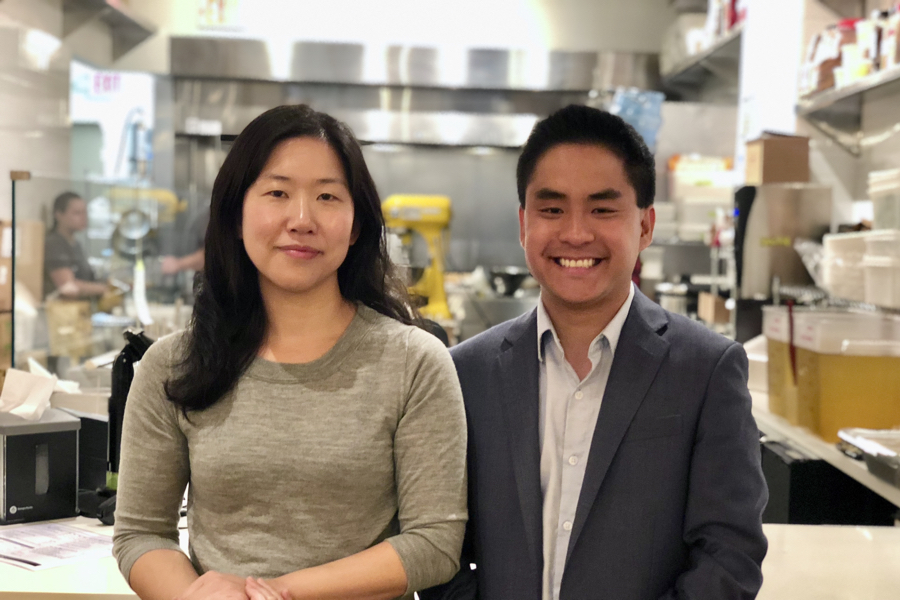 Selena Natal always loved to cook. As a kid in North Philly, she learned from her abuela, who was always in the kitchen, morning to night, as well as from her tia and tio.

But it was baking — coconut flan, tres leches cake — and making Puerto Rican holiday staples like coquito and savory pasteles that Natal fell in love with, and she dreamed of opening her own bakery one day. When she was 18 — around the time her daughter was born — her family encouraged her to start selling her goods to friends and neighbors. So she did.

But Natal knew that she’d need more experience in the industry before taking the next step. She found work as a cashier and prep cook at a cafe in Center City, but there wasn’t much opportunity for advancement or additional training that could help her get closer to her dream. When she started looking into culinary school to formalize her skills, she realized that the significant investment of time and money was a roadblock.

“I was just thinking in my head, being a teen mom and growing up in North Philly, I can’t afford to do school, work, and be a parent,” she said.

Like Natal, working-class or under-resourced young people in Philly are often forced to choose between two precarious paths: go into staggering debt to get a college degree and hope you’ll earn enough to pay off those loans, or do your best to find and survive on work — often low-paying — that doesn’t require one.

Five years ago, Oscar Wang started a program called College Together with the mission of getting the city’s most underserved students into college. Since then, the program has served more than 150 students, many through the Community College of Philadelphia. But Wang has seen that an acceptance letter wasn’t always enough to guarantee success for students living in poverty or transitioning out of the foster care system.

“We’ve been pushing this message to poor youth in the city that you have to go to college, that it’s the recipe for success and your way out of poverty,” Wang said.

But the reality is that once the most vulnerable students are on their own, they don’t often have the support — financial or otherwise — to overcome barriers that are a given for families who are better off, from a lack of stable housing to money to pay for expenses like textbooks or even transportation to class. For students who find jobs to cover some of these expenses, jobs are often low-paying, and they end up juggling a full course load in addition to working night shifts.

That translates to a high dropout rate: CCP’s graduation rate is just 12 to 16 percent, and 60 percent of Philly students who go to college drop out after their first two years in school. That means no diploma and no way to pay down the debt they’ve incurred — sometimes as much as half or more of a family’s annual income per year of tuition.

But Wang would soon realize a new approach that would help would-be students like these — like Natal. He’d started patronizing Baology, the newly opened Taiwanese street food spot in Center City, shortly after it opened last summer. After a few visits, he asked proprietor Judy Ni if Philly’s hospitality industry had a need for workers.

“I looked at him and laughed. I felt like I was on Candid Camera,” said Ni. “I told him we’re all dying for people. We need good people who want to work and want to learn.” 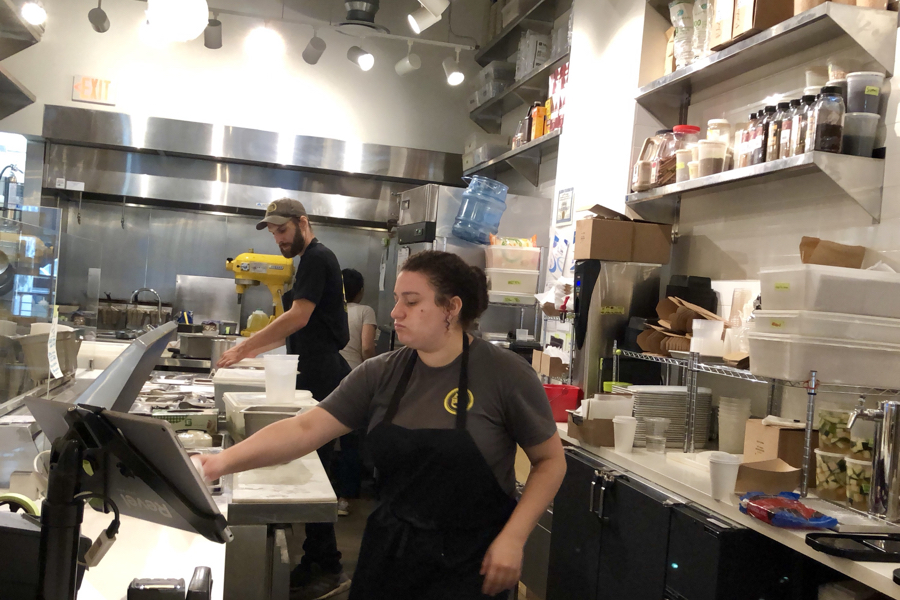 The duo realized that they could help the city’s most at-risk high school and college-aged students get on a path that could lead to steady work, solid pay, and an in-demand, lifelong career — plus membership into the hospitality industry’s tight-knit, supportive community.

“As someone who came into hospitality 12 years ago, the industry is egalitarian and no BS,” said Ni, who transitioned to food from a career in finance. “We don’t care how much money you have, who your parents are, or where you went to college. If you show up on time, if you show passion and interest, if you’re disciplined, nothing else matters.”

They called this new project Hospitality Together. Learners, as participants are called, go through a vetting process to ensure that they’re a good fit for the program and the industry. Each is placed in an entry-level job with a “placement partner” — some of the best restaurants in the city — offering strong professional development, fair wages, and experienced leadership. Learners are also assigned two learning advisors, personal tutors who meet with them regularly to offer academic and work-related support.

There’s the Study Lounge, a physical space where learners can meet with advisors, study, or just hang out. The Marilou Allen Memorial Basic Needs Fund would provide up to three meals a week to food insecure students at the lounge in addition to subsidizing transpasses for learners in their first few months of work — seemingly small gestures that Ni and Wang realized would make all the difference in helping learners achieve success as they transition into the program.

And Hospitality Together partnered with MIT-based edX, the world’s largest digital university, to create free online courses in hospitality fundamentals for learners’ first two years in the program. Once they master the basics, learners can take low-cost online courses in subject areas like bookkeeping or sales and marketing to enhance their skills and help them advance at work.

The goal on the industry side, though, isn’t just about minimizing turnover or finding bodies to fill roles in the kitchen. It’s providing solid, well-rounded training and cultivating talent with mentorship opportunities so that the learners becoming servers and dishwashers today can grow into the next generation of great managers, chefs, and entrepreneurs.

“Labor is the number one issue for a restaurant manager,” said Ben Fileccia, a longtime Philly industry veteran who’s now director of operations for the Pennsylvania Restaurant and Lodging Association. “On every level of hospitality, restaurants and hotels need great staff. Training and education are so, so important for us.”

To ensure that the curriculum is robust and learners are building a strong professional network, Ni called on her friends in the hospitality industry to serve on their newly-formed credentialing committee. In addition to Fileccia, the committee includes Vernick general manager Ryan Mulholland and Nick Elmi, lauded Top Chef winner and chef-owner at Laurel, ITV, and Royal Boucherie.

“The best compliment that I get is when one of my cooks goes and works for someone else, and the chef tells me they’re amazing,” Elmi said. “I make good cooks. I’m excited to teach more kids, bring in more students, be a part of this program. As I grow, I want to focus more on teaching the younger generation how to be in this industry.”

During its pilot year — without external funding —eight learners have been placed with partners like a.kitchen, Rybread and Rybrew, the Radnor Country Club, meal prep service Home Appetit, and Baology. And now, thanks to a $200,000 grant from the Barra Foundation to fund the program, Ni and Wang can formalize the curriculum, create the Study Lounge, and match even more learners like Natal with good jobs and solid training that will turn their passion into lasting careers.

Today, Natal works the 6 a.m. opening shift at Baology, a responsibility earned because she consistently shows up early, despite a long commute from the Northeast. She’s also in charge of production control, putting together prep lists and managing inventory — a key role at a restaurant where most everything is made from scratch.

With Ni as her mentor, Natal is receiving the training she needs, in everything from Microsoft Excel to sourcing ingredients from local producers, to open her own brick-and-mortar bakery — Adilen’s Treats, named for her five-year-old.

“I mentioned to fiancée and mom that my boss offered to help me,” Natal said. “They just looked at me — like, ‘Why is she doing that? Does she know that means you’re gonna leave?'”

But Ni sees things differently. “You want someone who’s ambitious and has their own dreams because they want to achieve their potential in their job,” she said. “It’s much easier to do that when you have a supportive community around you. We take care of each other.”