The Main Line Just Got Its First Craft Distillery

Pennsylvania Distilling Company in Malvern opened its doors last night, and we've got their cocktail menu. 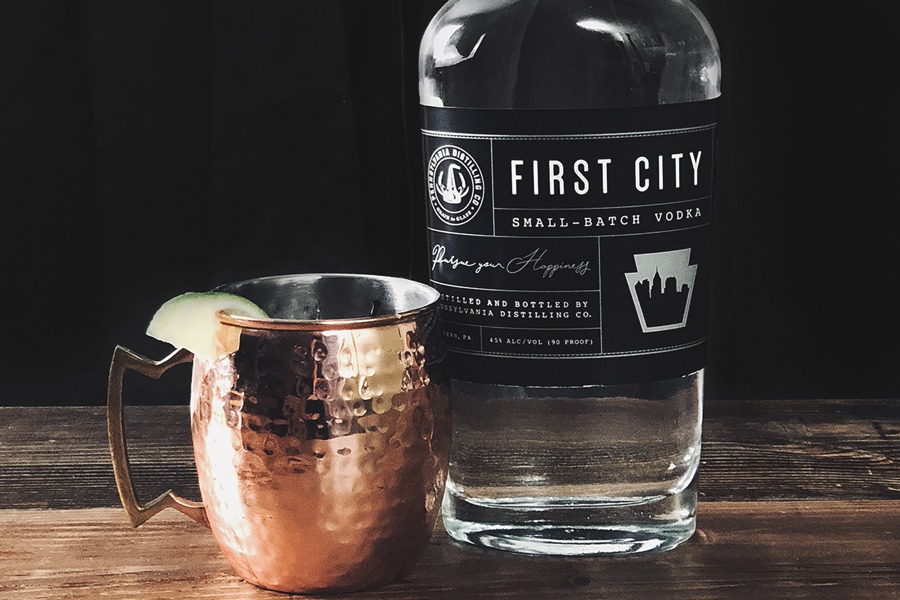 New distilleries keep popping up in Philly and its suburbs — and now, the Main Line has a spirits producer of its very own.

Pennsylvania Distilling Co. officially opened the doors of its tasting room last night at 50 Three Tun Road in Malvern. The distillery is the brainchild of Joseph Amoroso — his father’s cousins own the ubiquitous hoagie roll company — and his brother-in-law Richard Buoni, a chemical engineer who first dreamed of opening a brewery 25 years ago.

“We’ve both spent many years on the other side of the bar,” joked Amoroso, whose background is in the printing business.

After searching in vain throughout places like Media, West Chester, and Phoenixville for a space with the right specs to house both a distillery and a tasting room, the duo landed on the Malvern location — just off of Lancaster Avenue and right next to Locust Lane Craft Brewery, which opened last year. 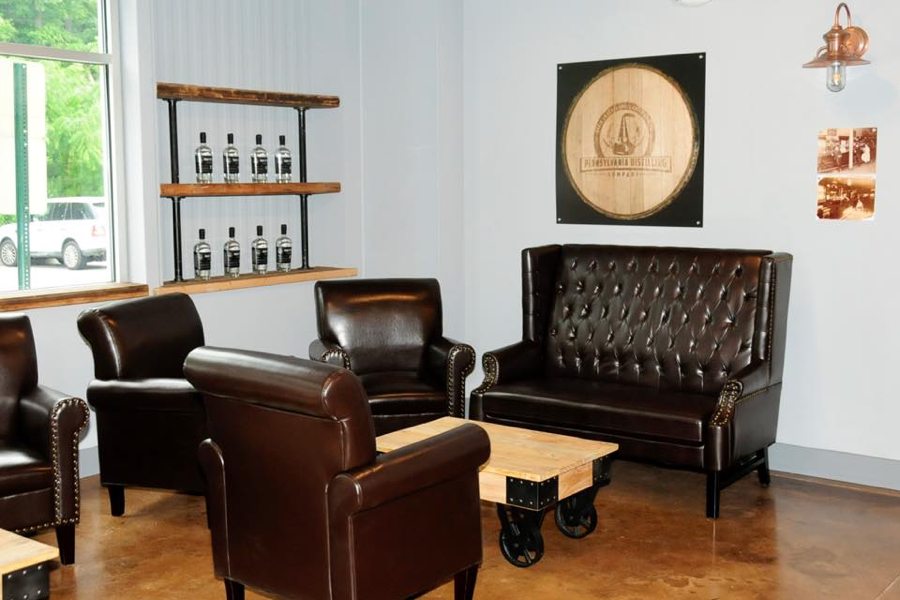 Pennsylvania Distilling will sell bottles and serve craft cocktails made with their own rye, vodka, white and gold rum, gin, and white whiskey. The bar will also pour Locust Lane brews and wines from Pennsylvania producers like Nottingham-based Wayvine and Penns Woods Winery in Chadds Ford, with food trucks posted up outside on select dates.

Pennsylvania Distilling’s tasting room is open Thursdays from 4 p.m. until 10 p.m., Friday and Saturday from noon until 11 p.m., and Sunday from noon until 9 p.m. Tours are available by reservation only, and you can book one here. Check out the full cocktail menu below. 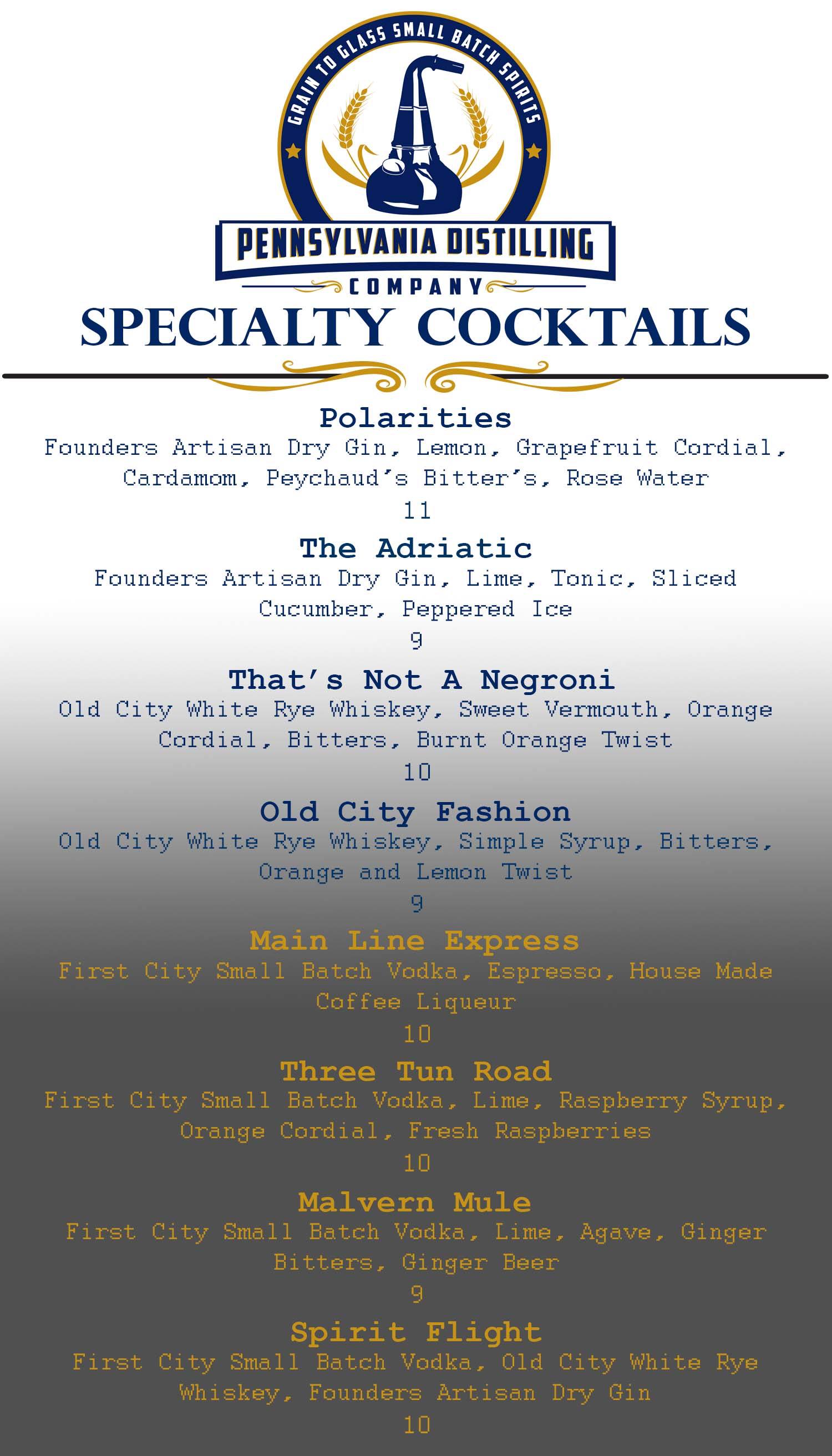