They've got 46 years of Philly bartending experience between them. 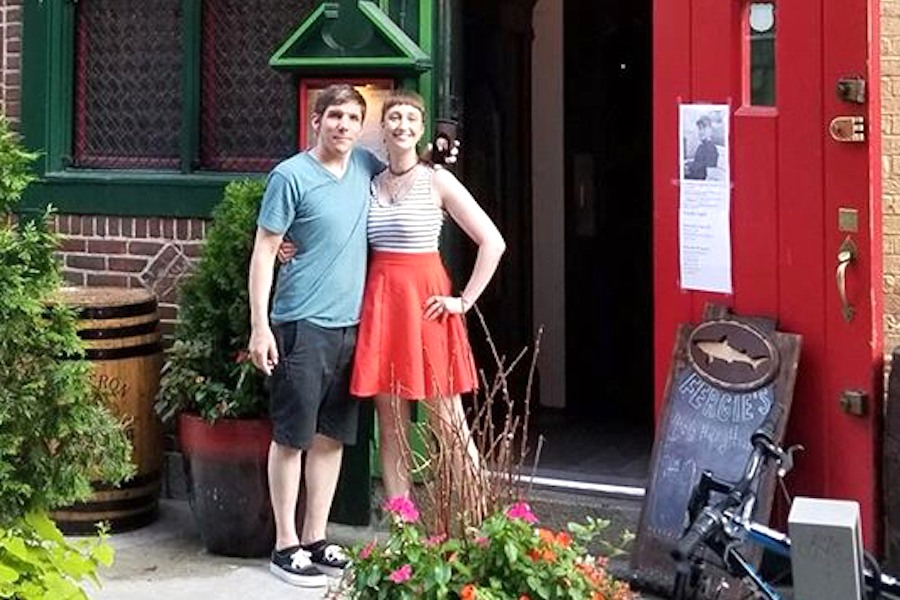 Jim McNamara and Rebecca Strapp in front of Fergie’s Pub, which they now co-own with Fergus “Fergie” Carey. (McNamara is holding up a phone showing a photo of Fergie, who was out of town when the picture was taken on Monday afternoon.)

Popular Philadelphia Irish bar Fergie’s Pub just got itself two new co-owners: Jim McNamara and Rebecca Strapp, who have been working in the Philly bar scene for a combined 46 years.

Both South Philadelphia residents, Strapp, 38, and McNamara, 47, now each own one quarter of the Sansom Street establishment, while the bar’s namesake, Fergus “Fergie” Carey, retains half of the bar he opened way back in 1994.

McNamara has been a full-time bartender at Fergie’s almost the entire time it’s been open. It was his first bartending job.

“I bumped into Fergie outside of an old Wawa, and he told me that he was opening this new bar,” McNamara remembers, explaining he knew Carey’s chef from hanging out at McGlinchey’s. “He asked me if I wanted to come work for him, and I just said yes. We spent a month cleaning the place, and then we opened it.”

Strapp has worked at Garage on Passyunk Avenue for two years. Before that, she did stints at Chris’ Jazz Cafe, Dirty Frank’s, Jose Pistola’s, and, yes, Fergie’s, where she was behind the bar from 2003 through 2006. 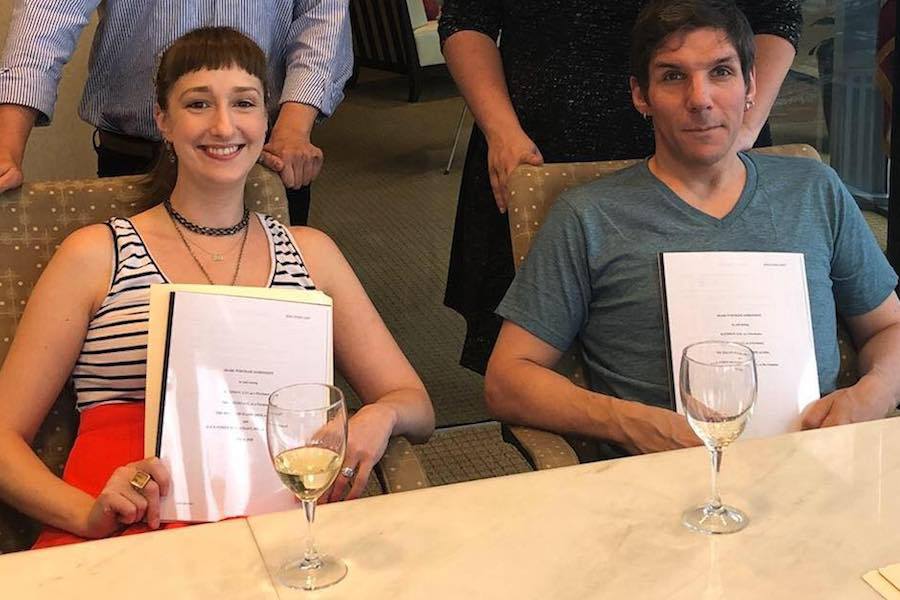 Strapp and McNamara with the official paperwork.

Strapp is keeping her bartending gig at Garage and won’t be a daily presence at Fergie’s, where McNamara and Carey will more or less run the show.

“Honestly, it’s the perfect situation for everyone involved,” insists Strapp. “Jim has been there since the beginning and has done more for that place than any five other people, and it was blood, sweat, and tears that entire time. He knows every fiber of every board in that building.”

According to Strapp, the deal has been in the works for quite a while. When Carey’s business partner Wajih Abed became ill, McNamara seemed like the natural person to take over some of his responsibilities. And after Abed passed away in 2017 from cancer, negotiations began between Strapp, McNamara, Carey, and Abed’s family.

McNamara promises there aren’t any big changes to Fergie’s in the works now that he and Strapp are on board. Actually, it sounds like nothing is going to be different. Probably a smart move.

“It’s just Fergie’s Pub,” he says. “We’re not changing anything. Not a thing.”