The Fish Cake Hot Dog Is a Taste of Old Philadelphia

Johnny's Hots is one of the few places selling the throwback Philly combo you may never have heard of. 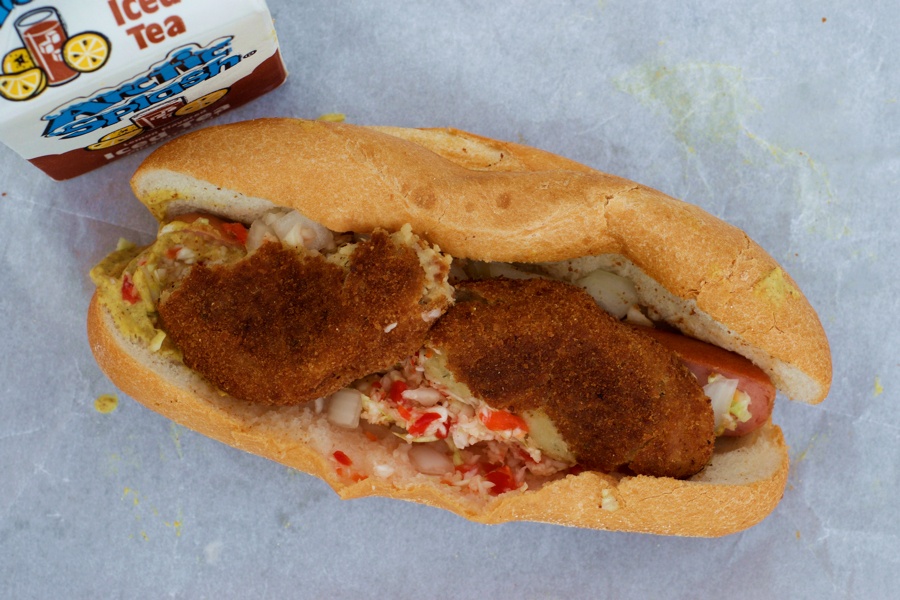 For the past decade, I’ve lived and worked in Philadelphia, and I’ve spent the entire time working in and learning about food — selling it, sourcing it, or writing about it. So I like to think I might be a little more knowledgeable than the average transplant about our local cuisine.

Funny cake and fastnachts from Amish bakers in Lancaster. Arctic Splash and Stock’s pound cake and pizzazz pizza. Lots and lots of Citywides. Water ice and pretzels and cheesesteaks and hoagies galore — I thought I’d tried it all. That is, until I went rounding up Philly hot dogs a few weeks ago and encountered some new information.

A fish cake on a hot dog. What in the hell?

Yes, it’s an old Philly thing — certainly not unheard of in these times, but a dish that much of New Philadelphia may not have met yet. I couldn’t even remember the last time I ate a hot dog outside of someone’s backyard, and I’m not sure I’ve eaten a fish stick since I was old enough to cook for myself. But something about the fish cake combo called to me. I had to try one. 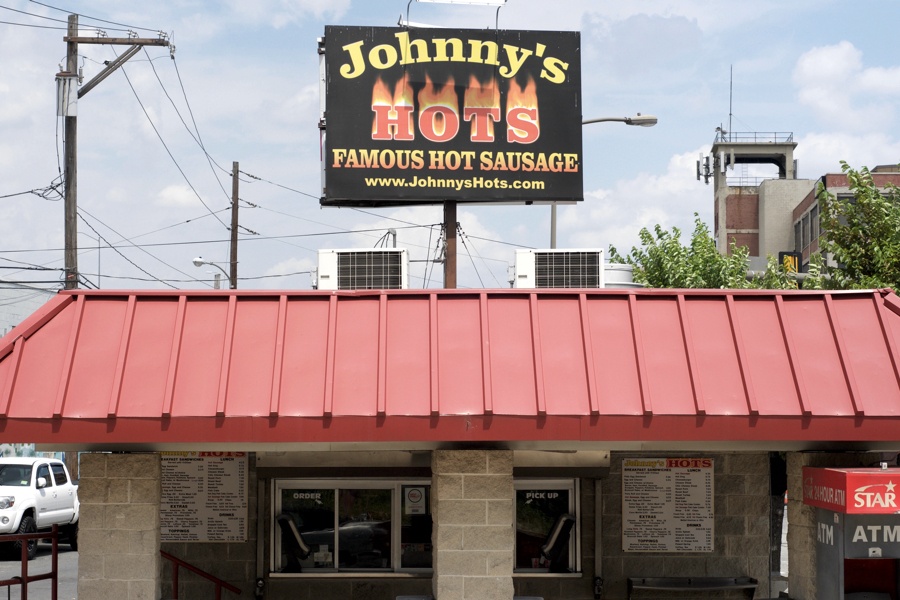 Although no one in my circle of older Millennials (both transplants and area natives) had ever heard of the fish cake combo, it seems to have had a miniature publicity bump at the dawn of the 2010s, with coverage from Saveur, Men’s Health, and Serious Eats.

Johnny’s Hots, just across Delaware Avenue from Penn Treaty Park in Fishtown, is probably the city’s best-known source that’s still around and still inside city limits.

“It’s a lot of old timers and young people who ask for the combo,” proprietor John Danze told me. Between the fish cake hot dog and his own twist on the dish, the fish cake on a hot sausage, he estimates that he sells around 30 combos during an average 5 a.m. to 3 p.m. workday. (Sausage unadorned with fish cake is what sells best.) 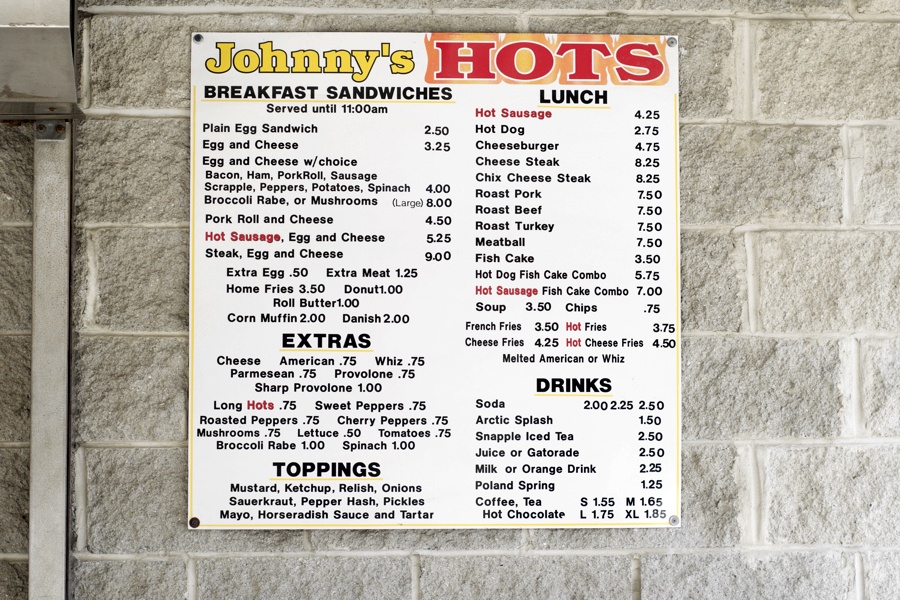 The menu at Johnny’s Hots | Photo by Alex Jones

Danze attributes the fish cake (rightly, as all the sources I’ve been able to find agree) to Levis, which opened in 1895 and sold dogs on South Street for 97 years; a revival of the shop in Abington closed last fall after five years in business.

The pepper hash, a zingy, crisp condiment for seafood that made its way into the combo via the fried cod-and-potato nugget, came from Lenny’s, a Depression-era  hot dog spot that’s still hanging on with a location in Feasterville; the august Rick Nichols paid tribute to pepper hash (and Danze for continuing to serve it) way back in 2009.

I ordered up a combo (accompanied by an Arctic Splash, of course). In terms of toppings, I deferred what the staff told me most customers ask for: the combo’s signature pepper hash, made with finely chopped red bell peppers, cabbage, and apple cider vinegar, plus onions and brown mustard.

All the history, lore, and nostalgia aside, how does it taste?

Pretty damn good. Apart from nostalgia and Philly pride, it’s easy to see why folks still order the combo. Danze splits and griddles the sweet-smoky frank, which hits the soft roll first before a shower of pepper hash and whatever toppings you’d like. A single fish cake is split in half, the two pieces nestled on top.

The cake is very mild, crispy on the outside and tender on the inside from the potato that’s blended in with the cod. You’ll get a pleasant hint of fishy flavor, but nothing like the Van De Kamp’s fish stick flavor I grew up with. The crunch and brightness from the pepper hash, sweet onion, and mustard ties surf and turf together.

Maybe the fish cake combo should be the new cheesesteak. It’s rich with history, and it’s unique to Philly. Even better, polishing one off on your lunch break won’t send you into a food coma. And if you’re anything like me, trying one for the first time will make you feel just a little more Philadelphian.

Apart from Johnny’s and Lenny’s, you can get the fish cake combo at A.P.J. Texas Wieners at 13th and Filbert and, surprisingly, alongside the cheesesteaks at Pat’s.