Back to Basics: The Ripplewood Reviewed

Ripplewood is bringing burgers, beer and some nice ribs to Ardmore. The problems start when the kitchen tries to get fancier. 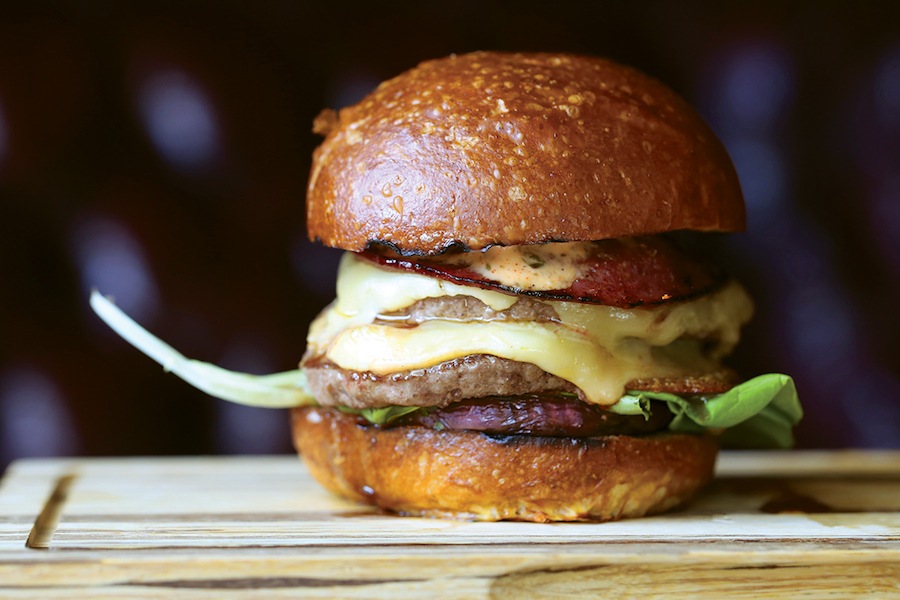 The narrow bar downstairs is already filling up with locals on a Friday night when I stroll in — late for my reservation after fighting for parking, and badly in need of two drinks, fast.

Maybe it shows on me. I’ve got the poker face of a toddler. The hostess waves me up the sharp, narrow flight of stairs to the second-floor dining room (quieter, but not for long) and my table at the back, by the windows. The server is quick.

Order This: Burgers, beers, whiskey and ribs. Keep it simple or keep it liquid.

And then, hallelujah, Citywides on a Main Line cocktail menu, which, not for nothing, is evidence of evolution. Of a cracking of the snooty ice that has locked in this area for generations. I’m not saying there’s nowhere to get a shot and a beer in the neighborhood of your great-grandmother’s manse, just that the Ripp (as Ripplewood Whiskey & Craft is already affectionately known) has made an art of it: funky beers, some local booze, an Old Overholt boulevardier, and an elevated corner-bar vibe that’s like the deliberate lifting of a neighborhood kid by his bootstraps to dust him off, throw him in a rented Tom Ford morning suit, and show him off to society.

The kitchen, though? They’re having a little trouble keeping up — at least when it comes to the cheffier items. The pickles weren’t pickled enough (the cauliflower too fibrous, the beets merely okay, even if the tapenade was nice). The crudo was a retread of every other crudo in Philly this season, and the fish fry was unforgivably stingy, small and bland. Then there was the “roast pork” — a nightmare deconstruction that brought a ring of belly fat wrapped around a core of pork loin, the whole thing deep-fried, about as big around as a Frisbee, and topped with charred broccoli rabe and floored with a gluey fondue. It was first-episode-of-Top Chef bad — the kind of thing that might sound inventive on paper but is nearly inedible on the plate.

Still, there were some winners, too. The pretzeled Parker House rolls with truffle butter? Nice. Ripp fries with brisket and cheese fondue? Very nice, walking that perfect line between junk and genius. The burger is solid (topped with a ring of Lebanon bologna), the pork ribs glossed with Calabrian honey are almost like candy, and the takeaway here is that Ripplewood is a great place to snack and drink if you find yourself in Ardmore, but for right now, you might want to make dinner plans somewhere else.

Or at least just go with some ribs, a cheeseburger and a Citywide. Because that’s what the Ripp does best right now, and maybe what it should stick to in the future.