Here’s Everything We Know About Dock Street’s New Location

The craft beer pioneer is adding a big new brewery and tasting room on Washington Avenue. 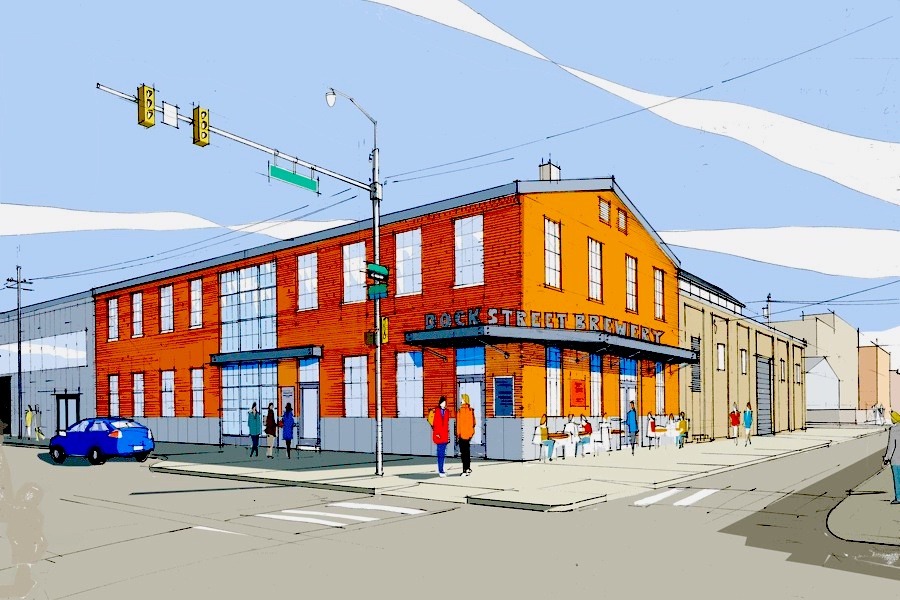 Dock Street Brewery is one of the oldest craft brewers still operating in Philadelphia. And now, they’re expanding south, with a second brewery and tasting room on Washington Avenue.

Renata Certo-Ware, who manages Dock Street’s events and marketing, said that the brewery gets asked about expanding to other neighborhoods all the time — but they never took the idea seriously until she had what she described as a “Field of Dreams experience.”

“I was selling beer at the Fitler Square Farmers’ Market last year, and this guy came out of nowhere, told me he lives down on Washington Avenue and how there’s not much there and we should open there,” she said. “Then he disappeared into the mist. I texted my mom [co-founder and owner Rosemarie Certo] and Marilyn [Candeloro, Dock Street’s vice president] and we just decided to start looking.”

The space at 2118 Washington Avenue — which they’re referring to internally for now as Dock Street South — is much larger than the current brewery. The former tile factory is more than 10,000 square feet; their current space is around 6,000.

“It’s close enough to Broad Street and the chocolate factory apartments, and it’s not too far from our current space,” Certo-Ware explained.

They’ll move the canning line there, she said, to free up a little more space in the brewery’s sister restaurant, Dock Street Cannery and Lounge, and will do larger-scale brewing and bottling there. Dock Street’s flagship location at 50th Street and Baltimore Avenue in Cedar Park will still brew smaller, more experimental batches; the pizza restaurant and lounge in West Philly will continue to operate.

And with their new taproom on Washington, the owners seek to create a community hub that will host public events and private functions, similar to what they’ve done in West Philly.

“There’s a guy holding a graduation party for his son here in West Philly this week,” she said. “He’s been bringing his son here since he was eight years old. It really makes us feel like part of the community.”

The women are shooting for a spring 2019 opening.