Harassment in the hospitality industry is pervasive — but that doesn't mean it's inevitable. The Coalition for Restaurant Safety and Health is taking steps to eradicate it. 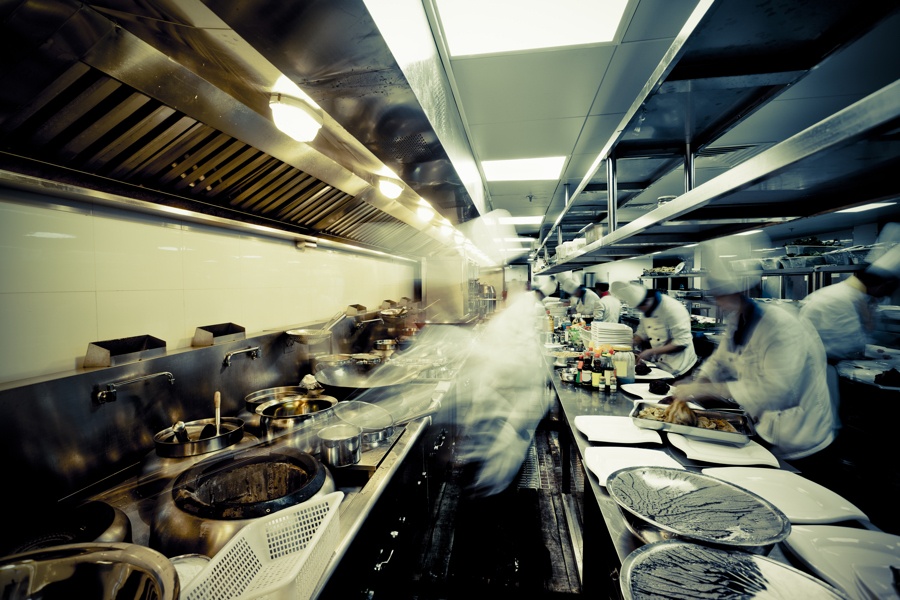 “Working as a bartender, people hit on you.”

“I think I’m desensitized. That’s how the back-of-house has been at every restaurant I’ve worked at.”

“It mirrors society and how people talk on TV.”

It’s a Monday afternoon at Jet Wine Bar, and employees from Rex 1516, its sister restaurant across the street, are doing something unheard of in the restaurant industry until a few months ago: talking openly about sexual harassment at work.

The conversation is facilitated by the Coalition for Restaurant Safety and Health (CRSH), a consortium of Philly-based organizations that are working to train restaurant owners, managers, and staffers to stop harassment before it starts — and handle it incidents that do occur with consequences for harassers and support for victims.

Together, they’re providing free trainings and other tools for restaurant staff and management, with the goal of helping restaurants develop policies and tools for reporting and dealing with sexual harassment in the workplace, whether from customers, managers, or other staffers.

At the training, facilitators Natalia Nicastro of PhilaPOSH and Leah Dirkse of WOAR, the city’s only rape crisis center, led staffers through an hourlong workshop on how to identify and report sexual harassment at work. Here are our takeaways from the training.

1. Harassment in the hospitality industry is particularly pervasive.

2. Before you can eradicate sexual harassment in the workplace, you have to know what it looks like.

Nicastro and Dirkse discussed “the three Rs” — recognize harassment when you see it, respond to it, and refer victims to the appropriate resources — as the key steps to dealing with workplace sexual harassment, whether you’re a victim or an observer. In the service industry, where front-of-house staff often work for tips, the customer is always right, and macho kitchen culture dominates, dealing with inappropriate behavior can feel like just another day on the job.

Example scenarios included back-of-house workers and managers discussing sexual exploits at work (hostile environment); a manager asking a coworker on a date while implying that they’ll no longer get scheduled for good shifts if they decline (quid pro quo); a regular customer groping a favorite server at a holiday party (sexual assault). Once staffers know what harassing behavior looks like, they can report it when it happens and know what’s appropriate and not appropriate to do and say at work.

3. Sexual harassment can have serious consequences for victims.

Being sexually harassed or assaulted isn’t something to shrug off. It’s a traumatic experience, and the effects can be detrimental to victims. Besides impacting morale of victims and witnesses, staffers who are being harassed at work may miss work or quit to avoid having to work with or serve a harasser. A staffer who complains about harassment from a manager might risk being assigned less lucrative shifts, getting fired, or being blacklisted in the local industry. Victims may also experience post-traumatic stress disorder, with symptoms like flashbacks, anxiety, panic attacks, increased alcohol or drug use, and depression.

This is bad for victims, it’s bad for workplace morale as a whole, and it’s bad for owners and managers, who rely on hardworking staff being on their game to make their businesses run smoothly. That’s why…

4. Owners and managers should put policies in place to protect workers and their business.

Even large restaurant groups don’t always have human resources departments, and at a small BYO, for example, HR is unheard of. But even a small restaurant can have a policy in place to make explicit the kind of behavior that’s not tolerated and create a process to resolve conflicts, even if they involve management.

Sojourn Philly, the restaurant group that owns Jet, Rex 1516, and Cafe Ynez, is ahead of the curve on this. Six years ago, the owners brought on industry vet Heather Rodkey as a consultant with an eye to developing a comprehensive policy that would protect staff and promote a harassment-free company culture; today, she’s director of operations and Rex 1516’s GM. Staffers can escalate complaints up the chain of command above their direct managers so that management can be held accountable, too. There’s also a policy in place to protect workers from customers who may engage in harassing behavior, so that even a lucrative regular who’s out of line will get kicked to the curb by management.

Several Rex 1516 staffers at the training mentioned that they wouldn’t have felt comfortable reporting harassment by fellow staffers or customers at any of their past restaurant jobs, but that Sojourn’s company culture and policies — that in the case of harassing behavior, the customer is not always right — helps them feel protected from guests who might abuse a position of power over the staffer serving their table or pouring their drinks.

5. …And those policies need to be strictly enforced.

Despite the fact that open secrets about high-profile alleged serial harassers and rapists in the restaurant industry are finally coming out publicly, there are still barriers to reporting harassment — which is why a good anti-harassment policy will encourage staffers to come forward when instances of harassment or sexual violence occur.

“If employers do not encourage reporting, employees try to ignore [harassment], they put up with it, they are afraid of being publicly humiliated, they don’t want to be the ones saying something about it,” said Nicastro. “But the consequences of this silence are still there, affecting their work performance and reducing their productivity, [with employees] taking days off because there’s a situation that is really upsetting and that probably won’t be fixed.”

A toxic work environment isn’t just bad for the workers who have to deal with it every day to make a living — it’s bad for employers, too. Luckily…

6. It’s not as hard to implement anti-harassment training and policies as you might think.

Restaurant managers don’t need another item on their to-do list — the busy, high-pressure pace of the industry is part of why many businesses don’t have an anti-harassment policy or hold trainings around sexual harassment in the first place. But CRSH is here to help — in fact, they’ll come to your workplace and train your team for free.

“When restaurants understand how useful this training could be for their staff, they just need to talk to us and schedule a training,” said Nicastro. “One [owner] told us that right after the training, they could already appreciate subtle changes in behavior.”

CRSH’s next goal is to raise funds so that restaurant staffers can be trained and paid to run industry trainings themselves — further supporting the workers at the center of this effort and helping to create trust between restaurant staffers and trainers, who will have experienced similar issues in the workplace. You can donate to support these trainings here.