Vetri’s Head Baker Is Starting Her Own Bakery

Claire McWilliams is moonlighting with the farmers'-market-only Ursa Bakery. 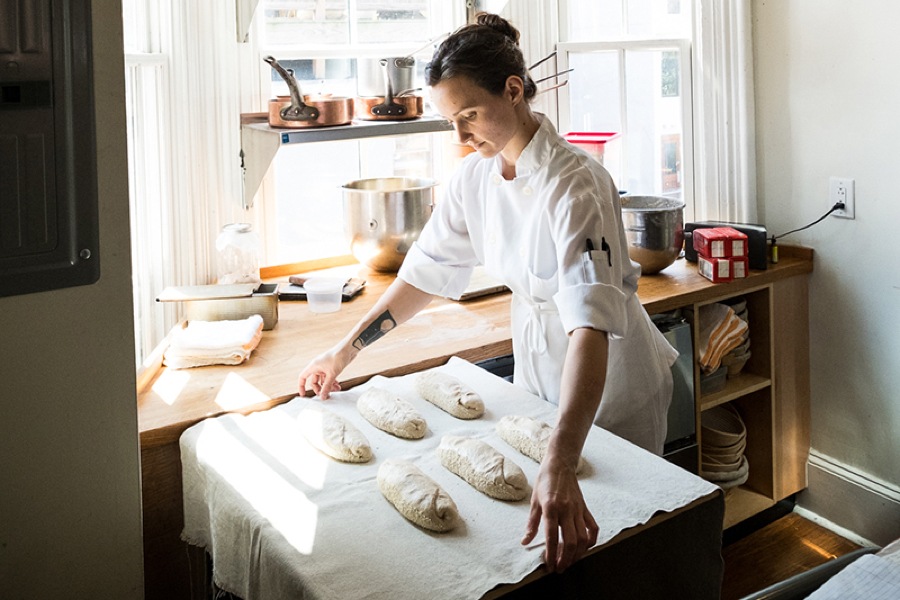 Philly’s bakery scene just keeps growing — and the latest addition comes from one of the top kitchens in the city.

“I love working at Vetri, and I’ve had some really unbelievable opportunities there,” McWilliams, who will stay on at Vetri, told Foobooz — but she still craved a way to make her breads accessible to more people.

Thanks to the city’s tight-knit baker community, McWilliams got her chance.

Mighty Bread Co.’s Chris DiPiazza had been invited to sell his loaves at the Fairmount Farmers’ Market, but he wasn’t sure he could add another commitment to his schedule with the new Mighty Melt on track to open at the Bourse this summer.

“We were hanging out and he was talking about the farmers’ market, and I said something like, ‘I wish I could do it.’ And then we realized that I could,” McWilliams said.

DiPiazza connected her with The Food Trust, which runs the market, and — once she’d secured Marc Vetri’s blessing, of course — offered her the use of the Mighty Bread ovens during his off hours.

McWilliams will craft Ursa breads the same way she does those at Vetri, “slightly tweaked” — using a majority of Pennsylvania-grown grains, freshly milled. She’ll also supplement with non-local grains that can’t be produced in the Northeast by sourcing from small-scale grain growers in California and the Southwest.

Ursa breads will only be available at the Fairmount market, which happens every Thursday afternoon from 3 p.m until 7 p.m. at 22nd Street and Fairmount Avenue. McWilliams plans to staff the stand herself.

“That’s how I got started doing food work — selling bread at a farmers’ market in Seattle while I was in college,” she said.

Get a taste of Ursa Bakery weekly at the Fairmount Farmers’ Market starting on June 7th — and get a sneak preview of what McWilliams has in store at Mighty Bread in South Philly on Saturday, June 2nd between 3 p.m. and 7 p.m.