Finally, Somebody Put a Cheesesteak on Stock’s Pound Cake 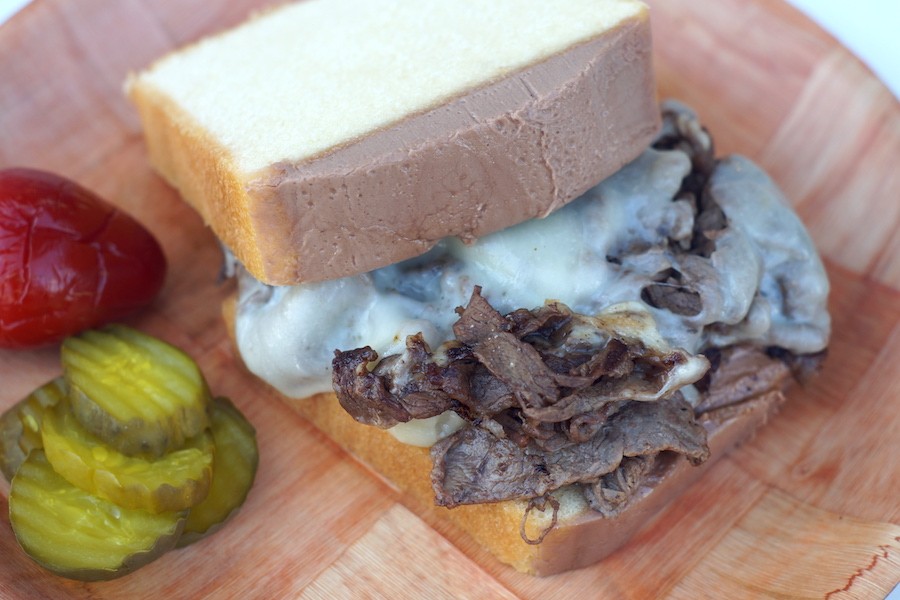 UPDATE: Well, it turns out that the Joe’s Steaks anniversary promotion has some issues. Click here for the full story.

We here at Foobooz have seen plenty of twists on our beloved cheesesteak, from the Cajun-spiked Trainwreck cheesesteak at Beck’s to the $120 lobster-and-truffle cheesesteak at Stephen Starr’s Barclay Prime. But this is the first time that we’ve ever seen somebody put a cheesesteak on Stock’s Pound Cake. God bless America.

The Stock’s Pound Cake Cheesesteak comes to us from the mind of Joe Groh, owner of Joe’s Steaks + Soda Shop with locations in Northeast Philadelphia and Fishtown.

The original cheesesteak shop on Torresdale Avenue turns 70 next May, so Groh decided to lead up to the big anniversary with a series of monthlong specials that include the aforementioned Stock’s Pound Cake Cheesesteak: ribeye and cheese stuffed between two slabs of the dense, buttery pound cake that has been a Port Richmond staple since the 1950s.

“I’m a huge fan of Stock’s,” says Groh. “Every party we have in my family, we get the pound cake from Stock’s. And this steak tastes awesome with the sweetness of the pound cake.” 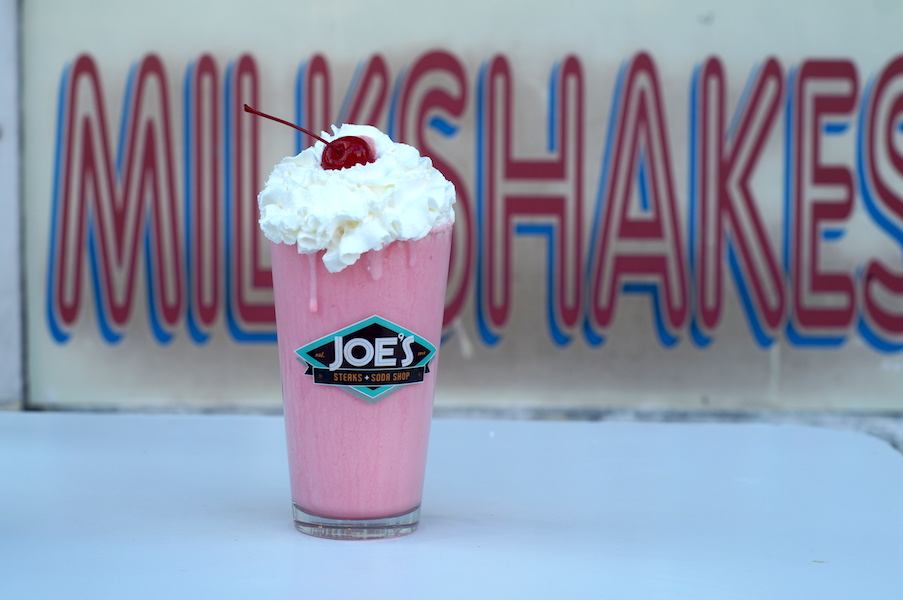 Alas, the $9.25 Stock’s Pound Cake Cheesesteak won’t be available until next March. In the meantime, Joe’s Steaks will feature a cheesesteak served between two honey-glazed donuts from Federal Donuts, a scrapple cheesesteak, a kielbasa cheesesteak featuring Czerw’s kielbasa, and a series of milkshakes like the Cherry Water Ice Milkshake using John’s Water Ice and a La Colombe Coffee Milkshake topped with Tastykake mini donuts. (Full schedule below.)

Five years after Groh decided to controversially change the controversial name of the shop from Chink’s to Joe’s, he says he’s still hearing complaints from longtime customers who say that he caved to political correctness.

“It rarely comes up at the Fishtown store,” Groh tells us. “But we have five generations that come to Torresdale Avenue, and I literally hear about it from someone every day. I don’t get mad no more. It’s to the point now that I just say, ‘Hey, I’m Joe. I’ve been here for 39 years. I think I’ve earned the right to have my name outside my stores.'”

Groh adds that he’s in the very early stages of finding a third location for Joe’s Steaks, having looked at properties in Old City and Brewerytown.

Below, the full schedule of specials at Joe’s.