It's only going to be around for two days, so plan accordingly. 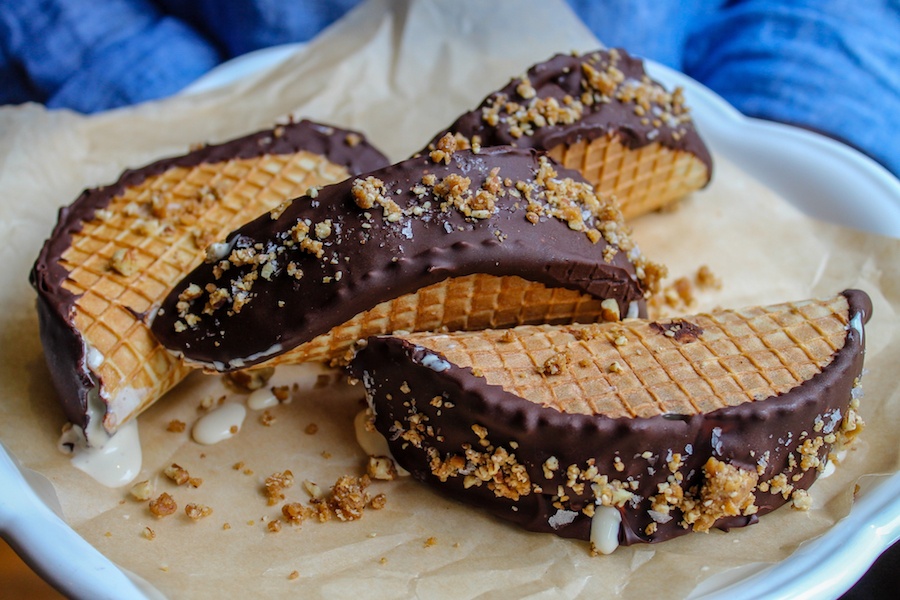 Barbuzzo’s salted caramel budino is a bucket list item in this town. It somehow shares the same space as the Pat’s cheesesteak, or the lamb shoulder at Zahav. You order it because who the hell doesn’t order the budino at Barbuzzo? You also order it because it’s a fantastic dessert. It’s a 13th Street mainstay — pudding, salted caramel, cookie crumbs, and whipped cream still layered in a mason jar just like it was in 2010 when chef Marcie Turney and Valerie Safran first opened the restaurant. Tried and true.

But the best thing about Turney’s dessert is its versatility, which is a funny thing to say about something after describing it as tried and true. It’s just that, from time to time, the thing likes to play dress-up — sometimes as a frozen popsicle, sometimes as a donut, one time as a cruffin, or last year as a Choco Taco.

And since the budino-stuffed Choco Taco was a really good look, they’re bringing it back again tomorrow, May 4th, and Saturday, May 5th, selling it from Barbuzzo Upstairs (110 South 13th Street). And just like last year, it’ll be a homemade waffle cone taco shell dipped in dark chocolate, filled with a frozen salted caramel budino pudding and topped with a sprinkle of pecan toffee crunch along with a few grains of sea salt.