Get a sneak peek at one of the season's most anticipated outdoor festivals, with bites from some of the city's top restaurants and a cocktail contest, too. 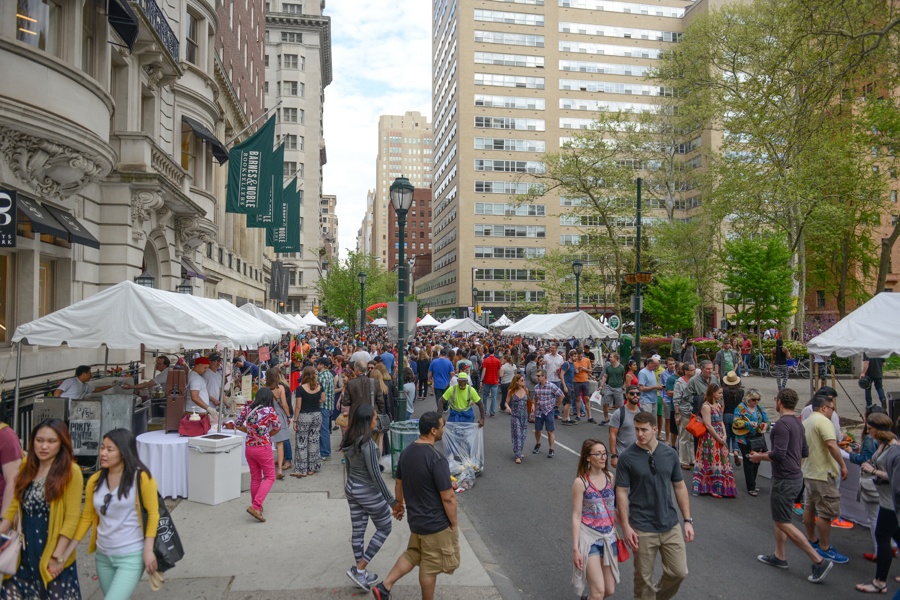 The Rittenhouse Row Spring Festival is coming up on Saturday, May 19th. But first, they’re kicking off the spring season with their annual preview party at The Bellevue Hotel on Thursday, May 10th.

The preview party will feature tons of food and drink from these Rittenhouse bars and restaurants:

In addition to delectable bites and cocktails, the evening will feature informal modeling of spring styles from some of the neighborhood’s hottest boutiques and a silent auction with prizes from Rittenhouse’s best restaurants, bars, shops, and services. Guests will also have a chance to pick their favorites in the Bulleit Bourbon cocktail competition.

The fun goes down on Thursday, May 10th from 7 p.m. until 9:30 p.m. at the Bellevue. Tickets are $75 for general admission and $125 for Patron tickets, which give you access to the Spring Festival’s exclusive VIP area — plus snacks and cocktails — between noon and 5 p.m. on May 19th. Get yours here.